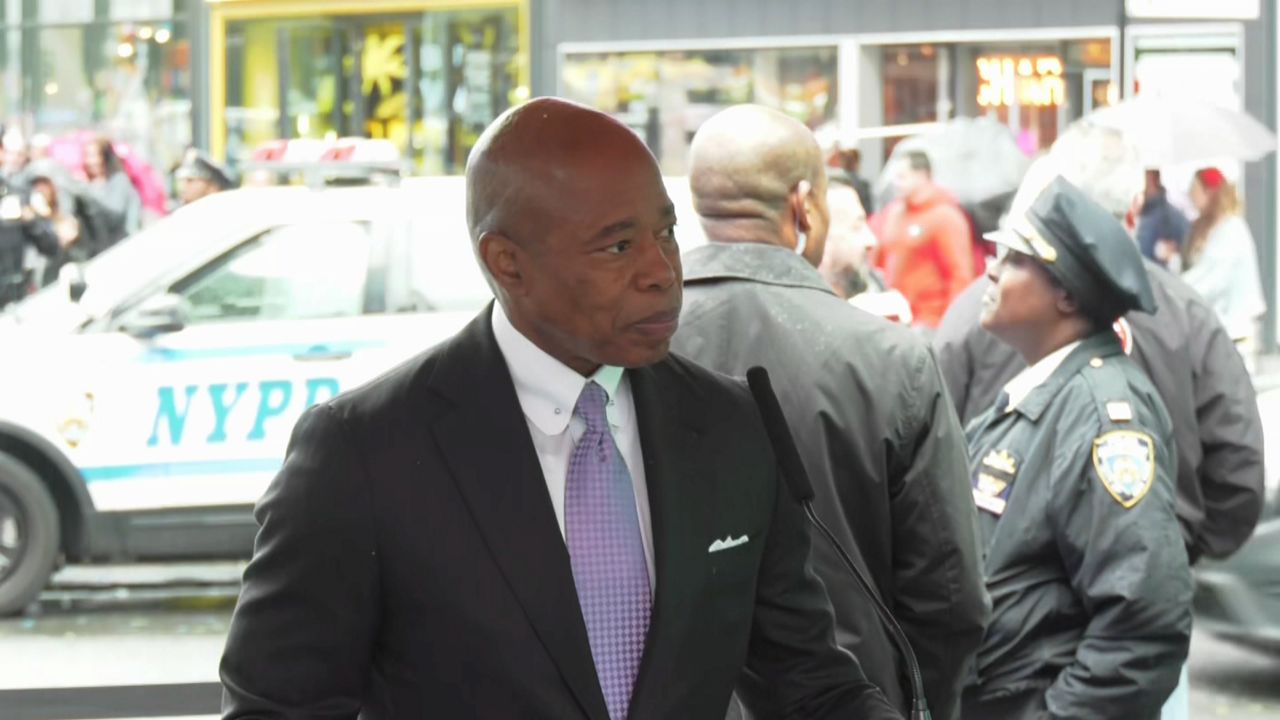 Mayor Adams Friday defended his recent trip to Los Angeles, framing it as part of his ongoing effort to promote the city and its recovery. (Spectrum News NY1)

Mayor Adams was in Midtown Friday to champion the private redevelopment of One Times Square, the largely unoccupied building that is home to the New Year’s Eve ball and is now getting a $500 million makeover that will include a visitor center, museum and viewing deck.

It’s a coming attraction that Adams tied in with his recent trips out of town.

“I was in Los Angeles the other day,” the mayor said in his opening remarks. “I was in Chicago a couple of weeks ago. I was in Miami. We’re going to span the globe and let people know how good this product is called New York City.”

Adams spent a day longer than expected in L.A. this week due to a canceled flight, forcing him to miss several events Thursday.

“I am less than six months into my administration,” Adams told reporters. “It’s going to be a rollercoaster. But at the end of it, we’re going to turn this city around.”

And Adams fiercely defended his approach to crime, which got low marks in the Quinnipiac poll, though he declined to provide a timetable for change.

“You can’t pinpoint and say by Tuesday of this day, you’re going to see this,” he said. “That is not what crime is about.”

The police are doing their job, Adams says, but face obstacles like a backlogged court system, suspects in custody released too quickly, and a continued flow of guns into the city. And he took aim at those who've criticized his revival of the NYPD's anti-gun unit and his removal of homeless people from the subway.

Adams was sworn into office in Times Square during last year’s New Year’s Eve celebration, just after the ball drop at midnight – a tradition that will continue while One Times Square is under construction. The redeveloped building is slated to open in summer 2024.