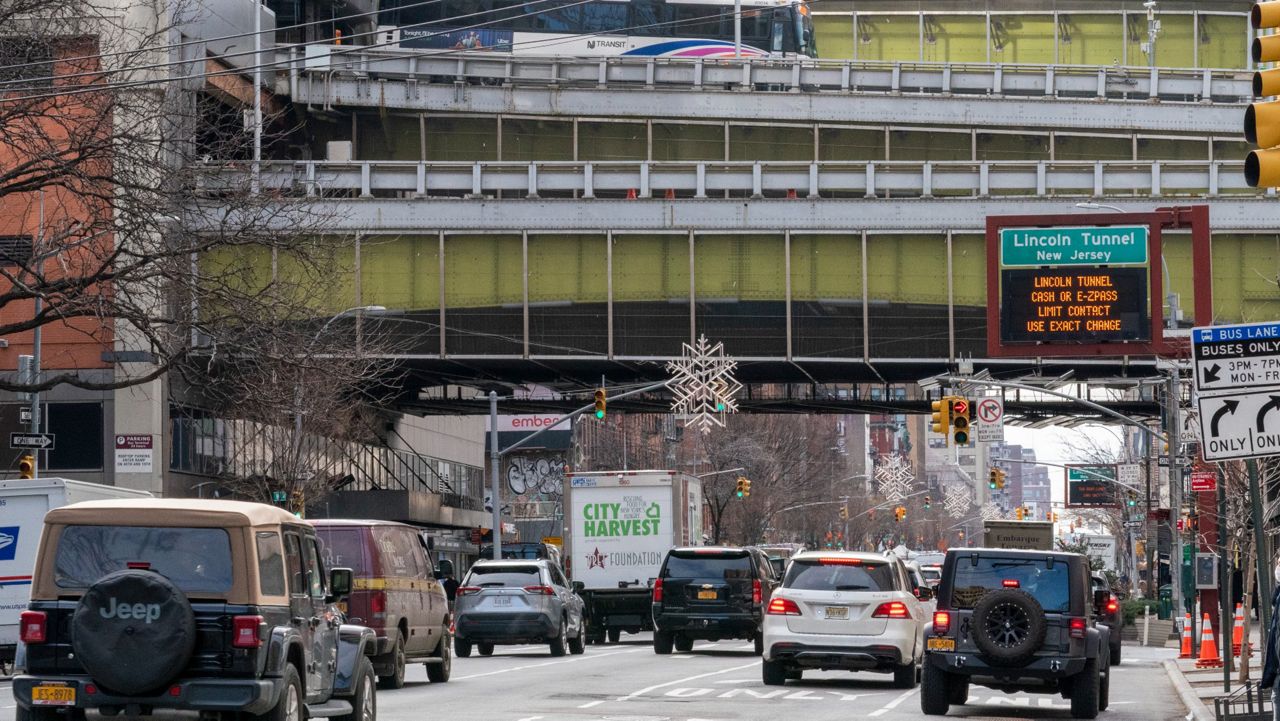 Traffic makes its way down Ninth Avenue as a bus is seen on a ramp overhead leaving the Port Authority Bus Terminal, Friday, Jan. 22, 2021, in New York. (AP Photo/Mary Altaffer)

The newspaper and online digital ads will appear in nine different languages, including Spanish and Chinese, the release said.

The DOT posted one of the campaign’s ads to its YouTube channel on Monday, in addition to unveiling a new billboard on Pennsylvania Avenue in East New York.

Between Jan. 1 and March 31 of this year, 59 people died in traffic crashes and 10,432 were injured, up from 41 fatalities and 9,100 injuries during the same time frame last year, the city’s Vision Zero View tracker shows.

Last year, the city recorded a total of 273 traffic fatalities, up from 243 in 2020, according to the tracker. That death toll marked the highest number of traffic fatalities the city had recorded since 2013 — when 299 people died in traffic crashes, per the tracker — reversing previous efforts under Vision Zero to drive down deaths.

East New York is “one of the neighborhoods hit hardest by traffic violence,” having seen 35 traffic deaths and more than 300 “serious injuries” since 2017, the release noted.

In a statement, Rodriguez said the campaign would show New Yorkers “the horrible aftermath of driving too fast. Adams rolled out the campaign less than two weeks after he announced that the city would invest $904 million in traffic safety initiatives.

“Traffic safety is public safety, and today we are continuing to take action against traffic violence,” Adams said in a statement Monday. “This unprecedented campaign will reach New Yorkers across the five boroughs in nine languages with one message: Slow down.”

“And we are going to do all we can to focus on the ultimate goal of Vision Zero and eliminate traffic fatalities,” he added.