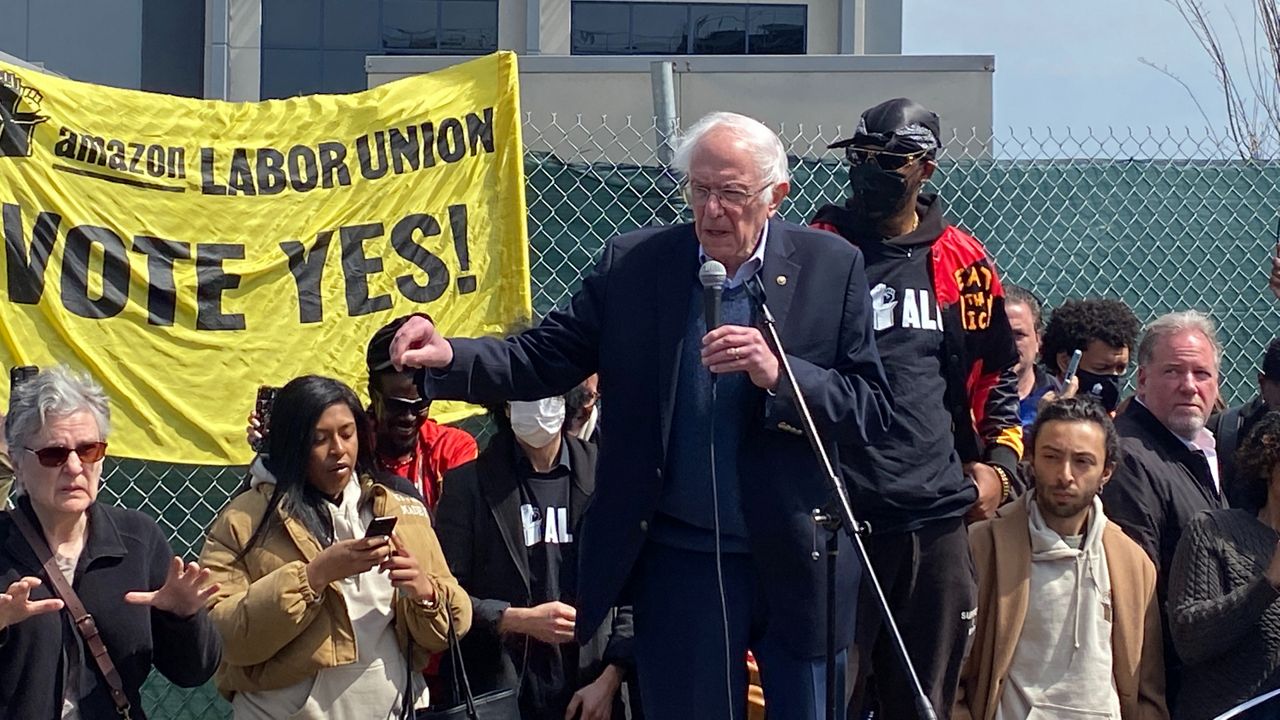 “What’s disgusting?” bellowed out in front of the National Labor Relations Board on Monday.

This was not a celebratory chant.

Members of the Amazon Labor Union had gathered in Downtown Brooklyn in defeat. The union was handed a resounding defeat on Monday, losing their second bid to unionize an Amazon warehouse on Staten Island by an almost two-to-one margin.

The defeat comes about a month after the Amazon Labor Union became the first union in the country to successfully organize an Amazon warehouse. That warehouse, known as JFK8, has about 8,000 workers.

"I’m upset, you know, but I’m also optimistic, because we have other facilities across the country that want to unionize,” Derrick Palmer of the Amazon Labor Union told NY1. “We started a revolution at JFK8 by winning."

The warehouse, known as LDJ5, where the Amazon Labor Union lost is just across the street from that building, and it has far fewer workers, a fact some union organizers cited as one reason for the union's loss.

“The reality is while we were so busy campaigning at JFK8, we lost a lot of ground at LDJ5,” said union vice president, Connor Spence. “The campaigns were going on at the same time, but also having lost JFK8, Amazon doubled the amount of union busting resources they had in play at LDJ5.”

In response to the vote, a spokesperson for Amazon sent NY1 this statement.

“We’re glad that our team at LDJ5 were able to have their voices heard. We look forward to continuing to work directly together as we strive to make every day better for our employees."

The Amazon Labor Union is considering filing objections against how the vote was handled, a process that can trigger an election redo.

Amazon has filed objections against the union's win last month.

And the National Labor Relations Board has granted the company a hearing in that case, which is set for later this month.