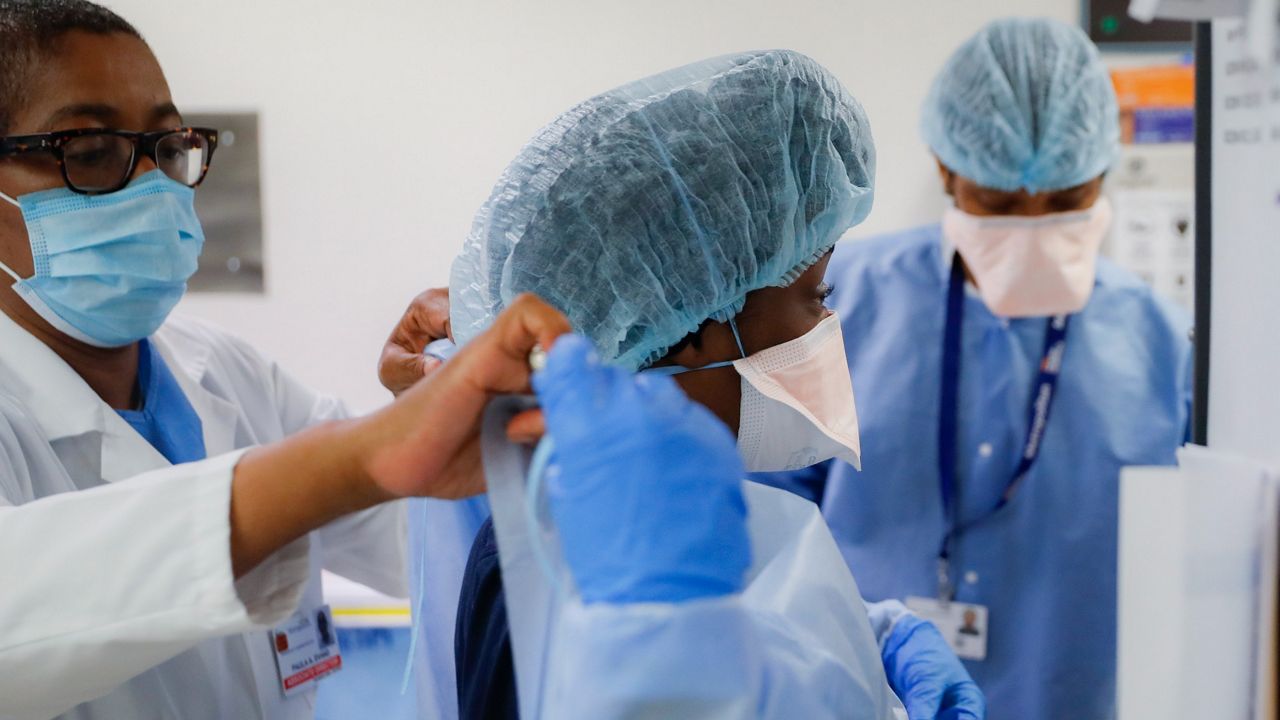 It’s a problem throughout the country and it’s no different in New York City: there aren't enough nurses.

It's a problem that started long before COVID-19, though. The New York Times reported on shortages in the 1980s and a state report from 2001 called it an "emerging public protection issue."

Judy Sheridan-Gonzalez is a nurse at Montefiore Medical Center in the Bronx and the president of the New York State Nurses Association, New York's largest nursing union. She has spent 40 years in emergency rooms in New York City.

She said with each passing year, there are fewer and fewer nurses, making it challenging to provide the care patients need.

Sheridan-Gonzalez said when she started, she cared for up to six patients at a time. Now, sometimes it’s 20.

“It’s impossible to cover people during their breaks. You do the best you can,” she said.

She said it’s a vicious cycle: understaffing causes burnout, both compounded by the pandemic, creating more of a shortage.

“I don’t even know some of the staff that are there. There’s such turnover,” she said.

On the job search engine Indeed, 3,300 jobs pop up when it's for registered nurses in New York City.

Some reinforcements are coming though. Around 120 undergraduate students will graduate in the coming weeks from Hunter College with nursing degrees.

The question is: how does New York state recruit more people like these students? Four seniors NY1 met with suggested changes such as increasing the size of nursing programs and creating more scholarships for nursing students.

Jenny Rose Reyna said the state's Excelsior Scholarship Program, which allows New Yorkers to attend CUNY or SUNY schools tuition-free, is how she ended up at Hunter.

“A really great example of how nursing education can be more accessible to people,” she said.

In the last few months, Gov. Kathy Hochul announced a new scholarship program for 1,000 nursing students. Her recently passed budget calls for spending an extra $4 billion on raises for health care workers and making it easier for out-of-state nurses to move here for full-time jobs.

Sheridan-Gonzalez said she’s intrigued by some of the governor’s plans but worries there are nursing shortages around the country so it will not be easy.

For the soon-to-be grads, she said she wants them to know the challenges that lie ahead and the rewards.

“There’s nothing like feeling that you’ve made a difference in somebody’s life," she said.

Because after all these years, the staffing shortages and the pandemic, Sheridan-Gonzalez said she still wants to be a nurse.