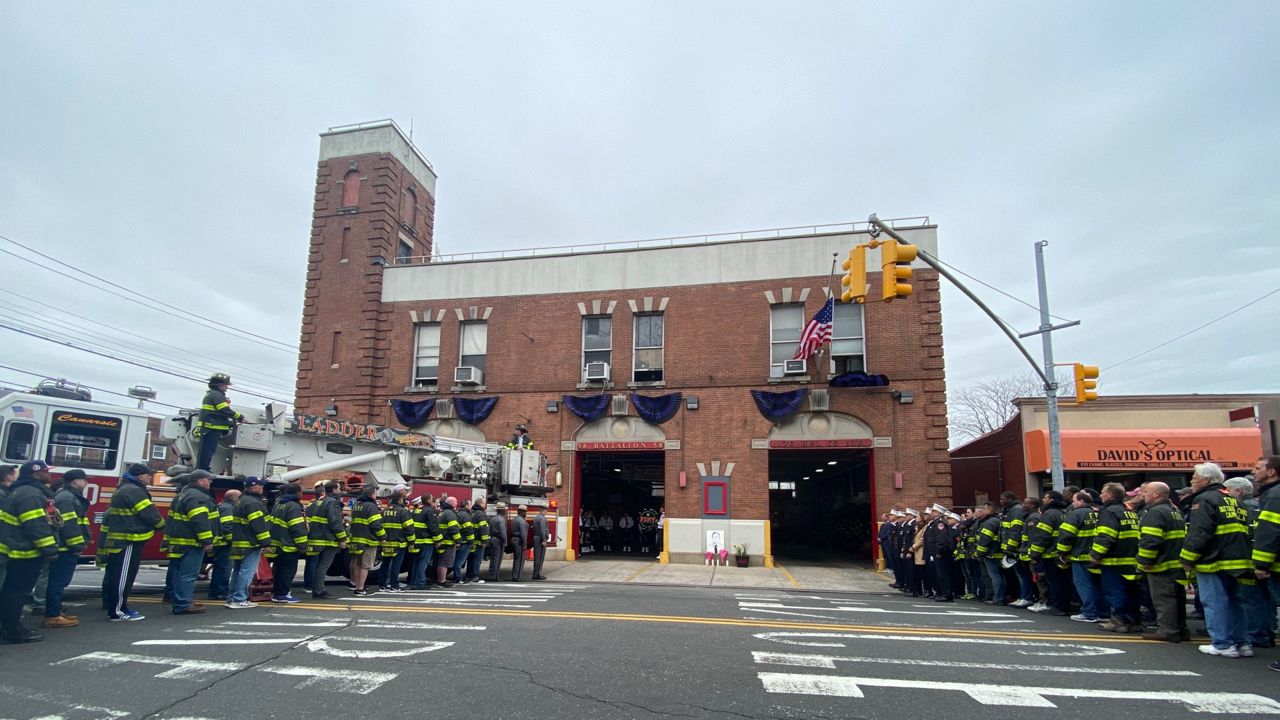 The FDNY is mourning the death of firefighter Timothy Klein, who died battling a three-alarm fire Sunday in Canarsie, Brooklyn. On Monday, Ladder Company 170 held a bunting ceremony for him where NY1 spoke with Klein’s family and fellow firefighters. (Spectrum News NY1/ Alyssa Paolicelli)

He was known around the firehouse as Timmy, but earned another nickname for his exemplary work.

“Timmy was known here as the Canarsie kid, the golden child. That is who Timmy was,” his captain, Mark Schweighardt, said.

The six-year veteran of the department was a Queens native, from Rockaway Beach.

Klein joined the FDNY to follow in his father’s footsteps and join his family’s long legacy with the department.

Keith Klein, Timothy’s older cousin, works just down the block at Ladder 174. He said his cousin Timmy was an even better man than he was a firefighter.

Klein said his younger cousin was living out his childhood dream fighting fires in Brooklyn alongside the city’s bravest.

He said his loss is immeasurable.

“It is quite a loss inside and outside the firehouse, and I think if you look at the faces behind me, you can tell what a loss Timmy is to Canarsie’s bravest,” he said.

The Canarsie firehouse has lost firefighters in the line duty before, most recently in 2019 when firefighter Steven Pollard died.

Klein delivered the eulogy for his friend and colleague. His captain said that was just the kind of guy he was.

“We are hurting, we are devastated, we are heartbroken,” Schweighardt said.

“But we will get back on those rigs another day and honor Timmy by doing that,” he went on to say.

Klein leaves behind his parents, three sisters and his girlfriend.

Funeral arrangements are still being finalized.