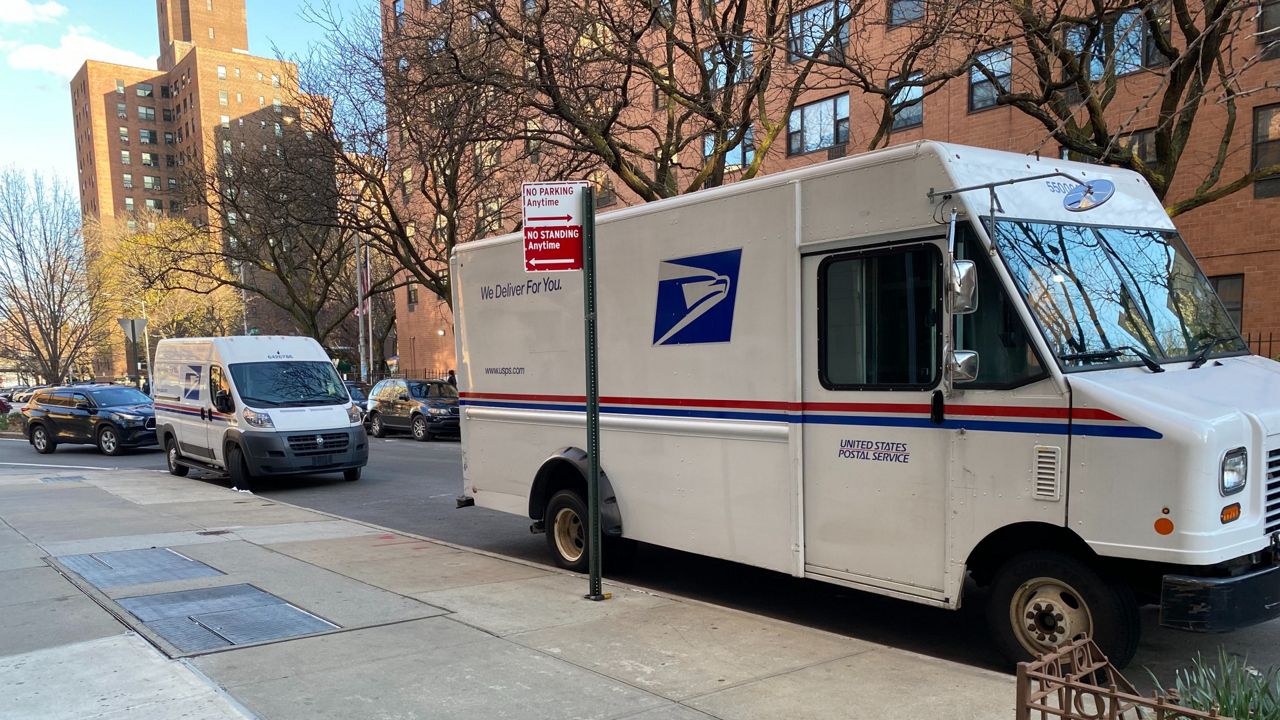 Manhattan neighbors are crying foul at their local post office and it has nothing to do with mail deliveries. They say postal trucks are parking illegally and making the neighborhood unsafe. (Spectrum News NY1/Edric Robinson)

Some neighbors in West Harlem say honking horns is a common occurrence on their street.

Residents blame postal workers for not being great neighbors, causing major congestion with its postal trucks on the street every day.

“Why are you intentionally choosing to park your truck at the narrowing of a median in front of people’s homes?” questioned Holmes.

Holmes and others said post office workers regularly park their personal vehicles and postal trucks in the no parking lane on West 138th Street instead of using the post office’s assigned lot.

“It becomes a nuisance. Street cleaning can’t be done and people have problems getting around the vehicle,” said Rich Ledson, who’s lived in the neighborhood for about six years.

Concerned neighbors said six years is also how long the parking problem has been happening, but it has gotten worse since the start of the pandemic. Some vehicles have even been spotted using the sidewalk to get around jams caused by postal trucks. The videos were taken from neighbors through their apartment windows.

“Cars will just find an opening, driving on the sidewalk, past this public park where kids play and go back out into the street,” said Holly Frederick, a neighbor who lives on that street.

She said she and others have reached out to numerous agencies, including 311, asking for help.

“We’ve talked to the Department of Transportation, who says its NYPD’s job to enforce,” said Holmes. “The NYPD says it can’t do anything because it’s a federal agency.”

“We are speaking for this section of the block, but it’s for the quality of life for the rest of the neighborhood,” said Holmes.

NY1 reached out to the post office for comment, but they’ve yet to respond. Neighbors say they have since heard from the NYPD and were told officers would start ticketing postal trucks parked illegally, but it’s not certain if that alone will fix this issue.