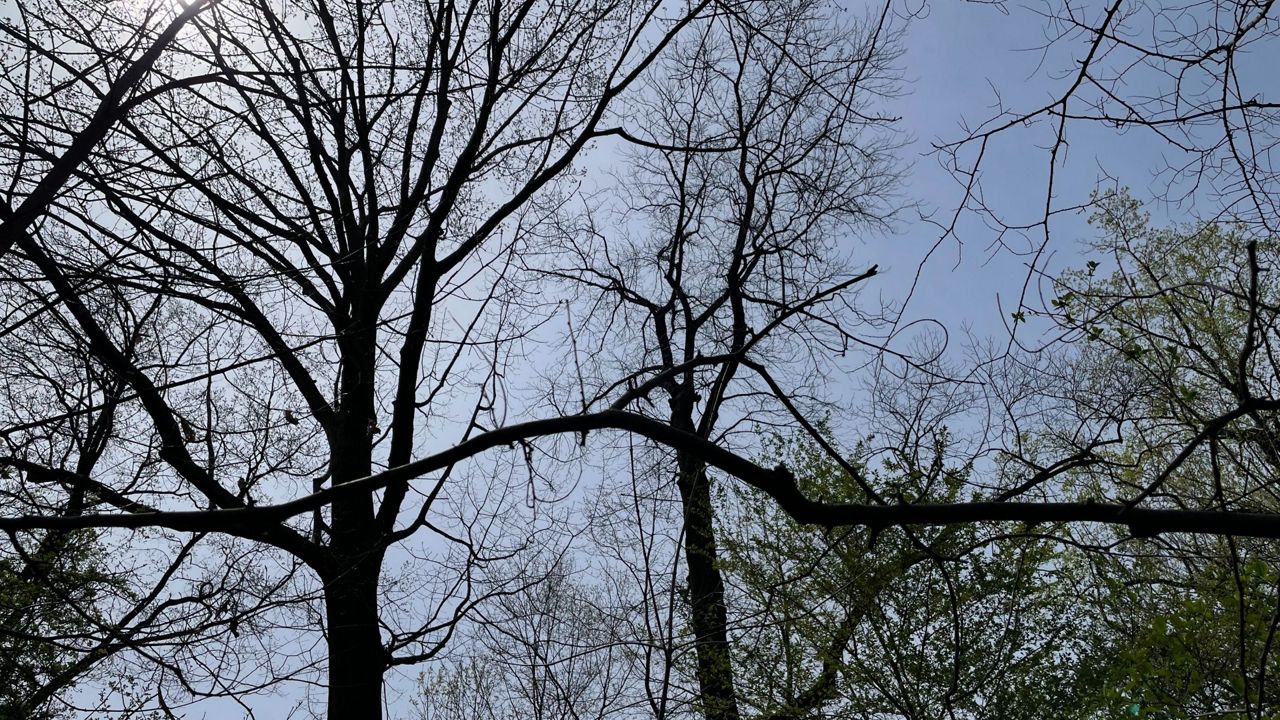 Scientists are turning Central Park into a laboratory where they can study the impacts of climate change. (Spectrum News NY1/Juan Manuel Benítez)

Central Park is now a lab to study climate change

On a recent sunny spring morning, Peter Haupt and Clara Pregitzer were looking for a tree on the northern tip of Central Park.

Working on a project to monitor temperatures in that area, they wanted to install a sensor high up on a trunk.

“This is the sensor itself and then this is the data logger,” said Pregitzer, deputy director of Conservation Science at the Natural Areas Conservancy, while showing the equipment. “This is bluetooth enabled, so we can walk up to the sensor and download the data.”

In just a few minutes, Haupt climbed up one of the trees and finished the job.

“We chose that tree because of the easier access and the ability to install the sensor fairly easily,” said Haupt, tree care manager at the Central Park Conservancy.

“We don’t have a lot of hard data to be able to say what the impacts of climate change are on the trees in Central Park,” Haupt said.

Researchers are looking for data and tools that would help parks confront this new reality.

“We are really looking to partner and study the relationship between climate change and urban parks,” Pregitzer said.

“We know that cities, because of all the pavement and buildings, are on average two to six degrees warmer than rural places, and parks can be kind of the air conditioners in cities,” Pregitzer added.

This project will expand to other parks of the city. Researchers expect to gather temperature data for the next four years.

Currently, the number one weather-related cause of death in the country is extreme heat.