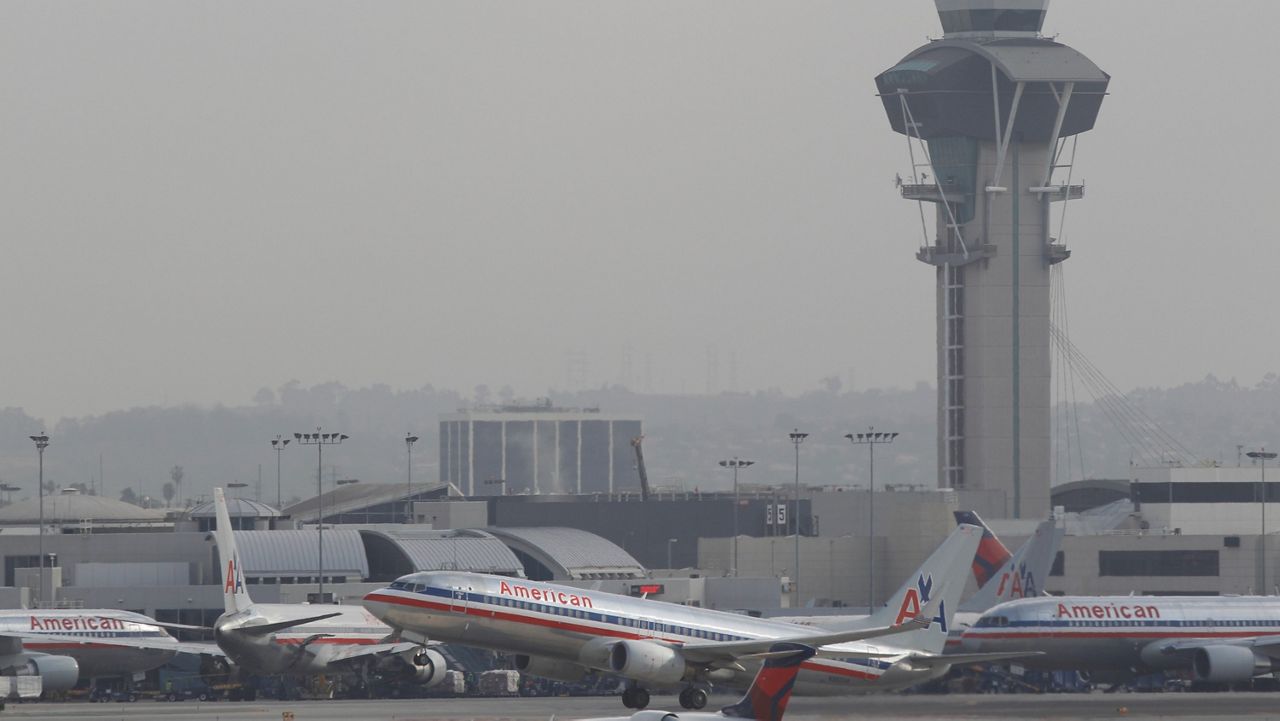 The Federal Aviation Administration saw the highest-ever number of laser incidents targeting aircraft last year, and preliminary numbers show the agency is on track to meet — or possibly surpass — the record-breaking 2021 by the end of this year.

Not only is shining a laser at an airplane dangerous, as it could blind or distract the pilots, it is also a federal crime punishable by an $11,000 fine per incident. Violators can also face additional penalties from state and local authorities; the maximum penalty for aiming a laser at an aircraft is five years in prison.

“Laser strikes on aircraft remain a serious threat to aviation safety. Intentionally aiming lasers at aircrafts poses a safety threat to pilots and violates federal law,” the FAA says in part. “Many high-powered lasers can incapacitate pilots flying aircraft that may be carrying hundreds of passengers.”

Capt. Dennis Tajer, an American Airlines Pilot who also serves as a spokesman for the Allied Pilots Association, experienced a laser attack when trying to land a commercial aircraft years ago.

“It came in quick, and the angle that the laser came at us, it hit the window and the window refracted light, so the window will light up in a green hue,” Tajer said.

“It did affect the flight deck and we got through it safely, but that’s the last thing I need to be thinking about when I’m coming in to land an aircraft with 170-plus souls on board,” he said.

California, Texas and Florida led the country with the most reports of lasers targeting aircrafts last year at 1,556, 1,030 and 630 incidents respectively. California so far is topping the list again with around 418 reports in the first quarter of 2022 compared to 248 from Texas and just 136 from Florida.

There have been more than 67,000 reports of lasers pointed at aircraft between 2010-2021, with numbers rising almost consecutively each year of the decade.

Lasers aimed at planes and helicopters have been a safety concern for more than a decade despite jail sentences for people who get caught. Authorities have tried rewards for turning in perpetrators and legislation making it easier to prosecute them.

Patrick Murphy is a laser safety expert who runs a website that aims to educate the public of the dangers associated with the pointers.

“At some point, this is going to be a contributing factor to an accident,” said Murphy, who serves on a committee that helps advise the FAA and pilots about this growing problem.

He said some of the more powerful hand-held lasers still can easily be purchased, even though sales are supposed to be restricted.

“If we just banned the lasers entirely — which they did in Australia and New Zealand and it didn’t help," he said. "The rates kept going up there, so personally, I think the best thing to do is to educate the pilots."

Fortunately, that education has already started — Tajer said pilots are trained to look away from the lasers if they see a strike coming.

“Our pilots are informed of it, they are aware of it," he said. "It’s in our actual operating manual from American Airlines, that’s good new."

Authorities say the problem is made worse by the availability of cheap laser pointers and devices getting more powerful.

While there have been no crashes reported, the officials with the FAA said there is always an elevated risk when a laser is pointed at an airplane.

“I think we have 225 reports of pilot injuries associated with laser events over the last seven years,” said Michael O’Harra, the FAA’s Southern Regional Administrator.

"So, definitely, anything that’s creating an injury situation in the cockpit, or even a distraction, creates concern on the part of the FAA,” he said in an interview with Spectrum News.

In Seattle, the FBI is now offering a $10,000 reward for information after a dramatic increase in laser incidents: Pilots have reported more than 100 strikes since January.

"Sometimes people don’t realize the risks associated with a small laser pointer — these can reach up to 10,000 feet," O’Harra said.  "Other times, we’ve had criminals acknowledge that they were pointing the laser at an aircraft on purpose.”

While not all incidents may be maliciously intended, officials say they take every case seriously.

Last year, an Alabama man was sentenced to eight months in federal prison for aiming a laser at a helicopter that was helping the Alabama Law Enforcement Agency in a nighttime operation to recover stolen firearms on April 11, 2020.

This year, authorities in Seattle have recorded a "dramatic increase of laser incidents involving arriving commercial aircraft" at the SeaTac airport, and are also offering a $10,000 reward for information leading to the person or people behind the incidents.