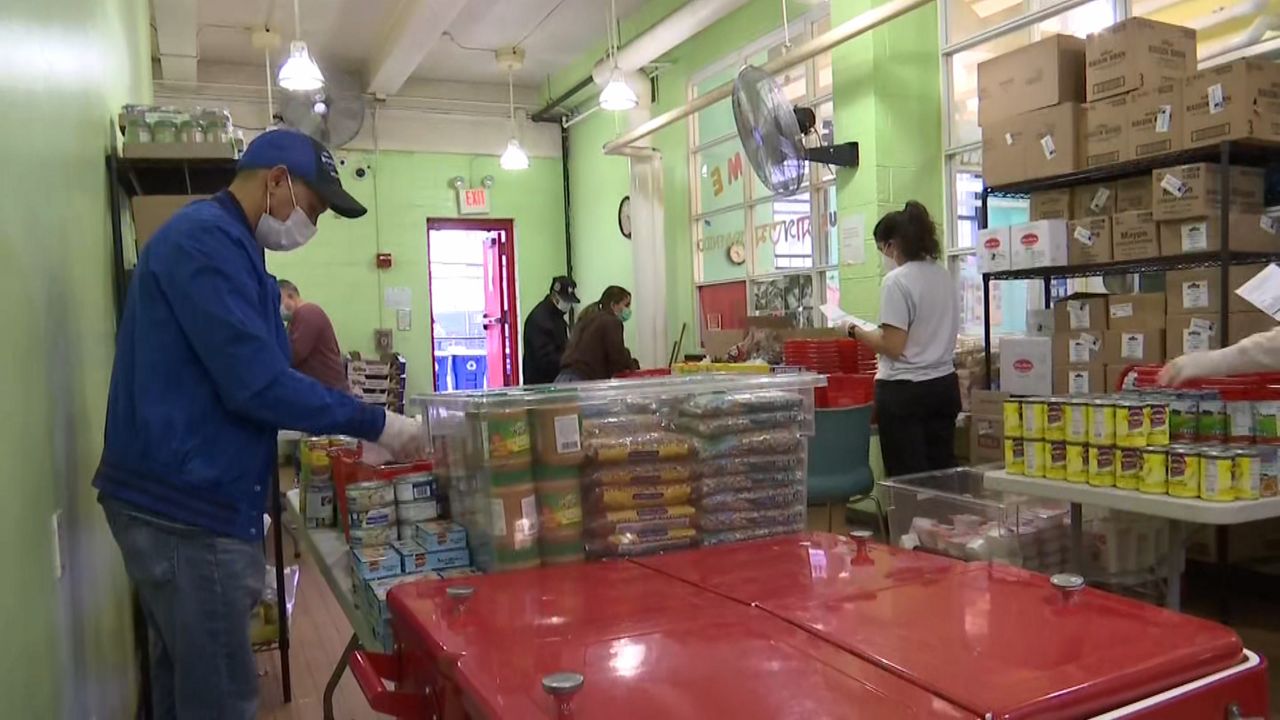 On Saturday mornings, a line gathers in the back of Carolyn McLaughlin Community Center in the Bronx. Everyone has a shopping cart and each one is empty to start.

Inside, employees from BronxWorks are hard at work preparing for the 200 families they expect to come by throughout the day.

They’re running a food pantry and for these families, it is vital.

One man in line told NY1 he was starving.

Lilibeth Herrera said without the pantry, she would be hungry, “as usual.”

She gets food for herself, her brother and her grandmother.

“It’s just helping me and my family survive at this time,” she said.

BronxWorks organizers said the need for food pantries is skyrocketing, especially since the food price index rose nearly 9% from March 2021 to March 2022.

It means money is simply not going as far at the grocery store.

It’s also been difficult for BronxWorks to keep the operation going as often as its leaders want.

“You can never meet the full need. You can do the best you can and put a dent in it,” said John Weed, the organization’s assistant executive director.

He said right now, they only have the funding to support the pantry every other week. The food they distribute, though, is supposed to last a week.

He said there’s only so much they can do.

Victoria Dorville told NY1 in Spanish that she sells bottles or tries to find babysitting jobs during the week where she doesn’t get food from the BronxWorks pantry.

Herrera, who’s in between jobs, said they ration their food.

Weed told NY1 the organization would need at least $100,000 to make the pantry available weekly as opposed to twice a month.

The pandemic and rising inflation is raising concern within BronxWorks about an already-existing issue: food insecurity. Many Bronx families do not have enough consistent access to food to support a healthy lifestyle.

Experts say the impacts can range from having a greater chance of developing diabetes or high blood pressure to children having behavioral challenges.

“There’s only so much you can do if there are 200 families coming in. Today, there are another 200 families out there that have the need so you can never meet the full need,” he said.

He said they help as many people as they can and will do so again April 30, when the pantry is open next.