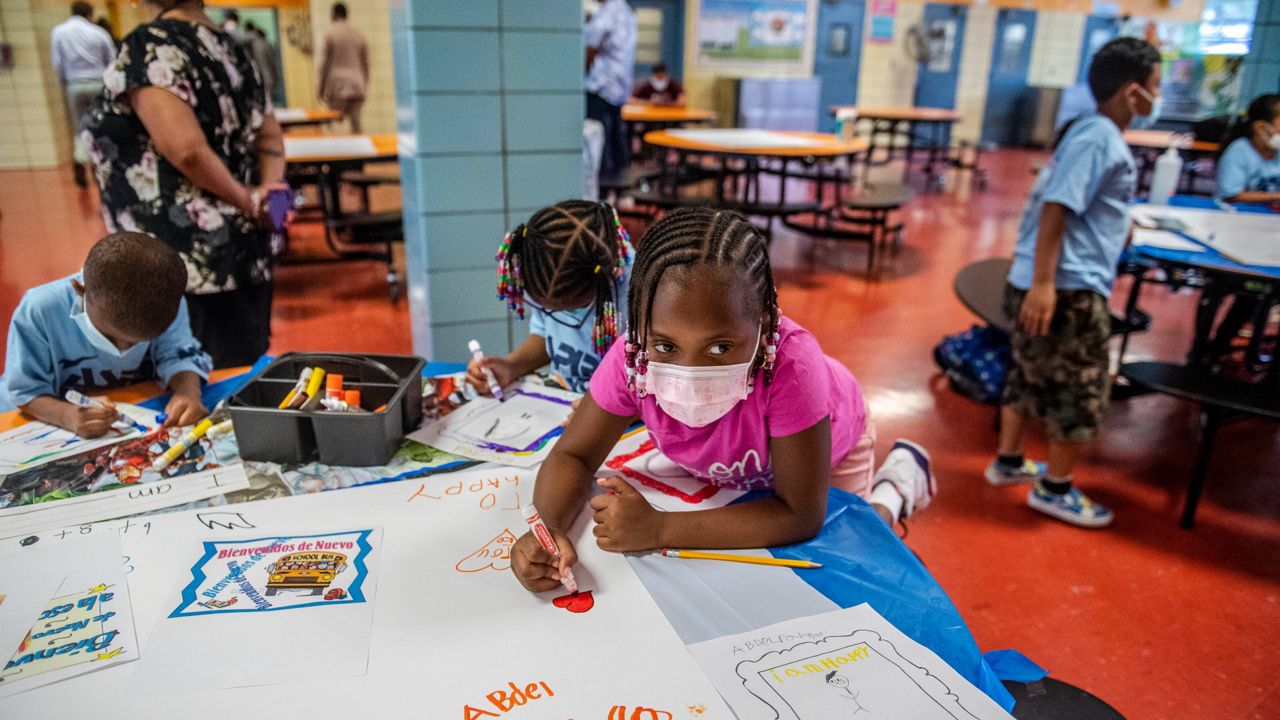 In this Aug. 17, 2021 file photo, students write and draw positive affirmations on poster board at P.S. 5 Port Morris, an elementary school in The Bronx borough of New York. (AP Photo/Brittainy Newman, File)

The city will expand its gifted and talented program, promising to create seats in neighborhoods that historically had few.

The city will add 100 seats at the kindergarten level to create programs in every district, and add 1,000 new seats for new programs that begin in the third grade.

The plan is a major departure from what former Mayor Bill de Blasio proposed, which was to eliminate separate gifted classes and instead offer enrichment programs to all students.

“Far too many accelerated learners were being left behind,” Mayor Eric Adams said Thursday. “Every year, the fight that parents must go through over a small number of seats, that fight concludes today.”

“This way, a diverse group of young New Yorkers, all students with the potential to thrive under accelerated learning, will be identified and invited to apply,” Schools Chancellor David Banks said.

“The DOE seems to be turning every preschool teacher into a prophet,” Bloomfield said.

Bloomfield warns of implicit bias by teachers in who they may select for the programs.

At the third grade level, students will be selected based on classroom grades, with the top 10% invited to apply.

Critics of the program question the value of separating elementary schoolers by skill level and argue the programs worsen segregation in schools. Sixty five percent of public school children citywide are Hispanic or Black, but they make up just 24% of students offered a gifted and talented seat.

“We believe that we will greatly increase the level of diversity in this program,” Banks said Thursday. “As the mayor said, expanding equity and access is critically important for us.”

Applications for the program will open May 31.