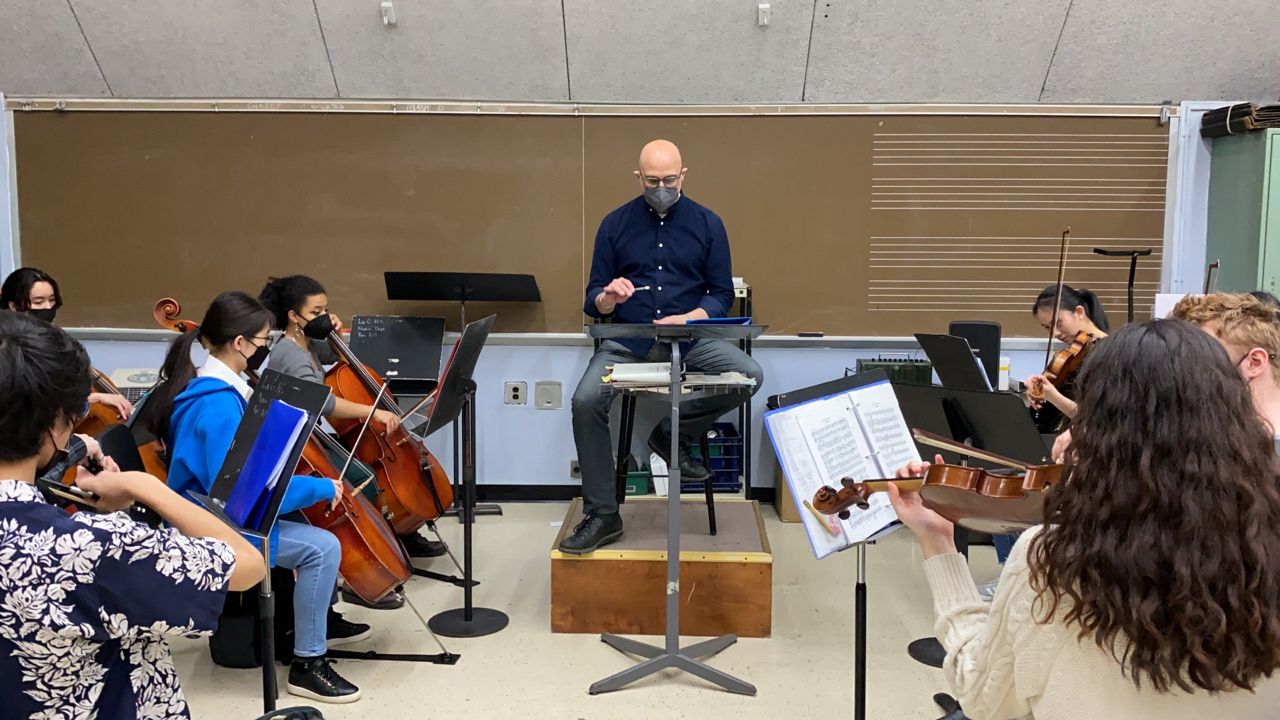 Students at LaGuardia High School practice for their annual spring concert, which for two years has been canceled due to the pandemic. (Spectrum News NY1/Jillian Jorgensen)

Winning a spot as a soloist at LaGuardia High School’s annual concerto isn’t easy. But Jessica Wu did it in the spring of 2020.

Of course, the pandemic meant it did not happen. Schools closed, and there hasn't been a concerto since.

"I was pretty disappointed because after many rehearsals we wouldn’t be able to give this to the audience and allow them to see our hard work and feel the music,” she said.

She was a sophomore at the time. Now, a senior, she entered the competition again this year. She performed a new piece, before new judges, and won, again, giving her a second chance to perform before she graduates.

“I am definitely excited to perform again with the senior orchestra, a little bit nervous obviously because – performance, obviously you’ll be nervous, but mostly excited,” she said.

This year, she'll play a piece by Prokofiev, with the backing of the school’s senior orchestra, conducted by teacher Joseph Meyers.

“So much of what they do in preparation is a solitary activity,” Meyers said. “Having the opportunity to interact with each other and make music with each other, which is the only way to make music, is an extraordinary thing.”

It’s an experience that couldn’t really be replicated over Zoom.

The vast majority of students were fully remote last year, including the concerto’s other soloist, sophomore Bobby Boogyeom Park.

“The first year, I didn’t – I said I was a student at LaGuardia, but I didn’t even know what the building looked like,” he said.

“I definitely feel very grateful for the opportunity,” she said.

The concerto is free, and will be held Wednesday at 7 p.m. in the school’s concert hall. Members of the general public can get free tickets at the box office in the school’s lobby, beginning an hour before the performance. Attendees must show proof of vaccination.

The performance will also be live-streamed, at www.laguardiahs.org/events.