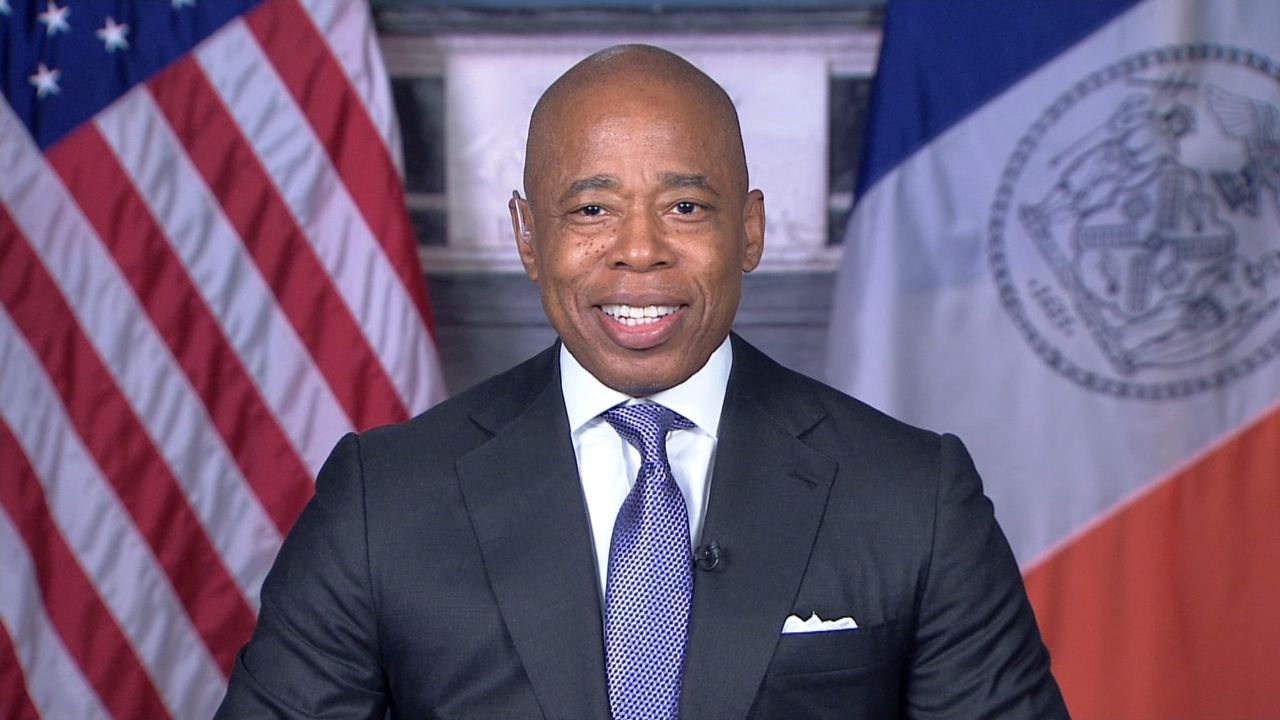 'I'm a tough grader and I am impatient': Adams reflects on 100 days in office

NEW YORK — Mayor Eric Adams is set to mark his 100th day in office next week after a busy start to the year.

On Friday, Adams appeared on “Mornings On 1” to speak with NY1's Pat Kiernan about what it's been like to lead the city.

“This is a big city and you have to have a big personality. And it's not a 9 to 5 city, it's a 24-hour city,” Adams said. “And that is why I visit my workers in the subway system at 2 a.m. in the morning or 4 a.m. in the morning, to visit sanitation employees. I'm going to be with New Yorkers and show that we are going to cycle out of COVID and the economic strife that we are living through right now.”

While on the campaign trail, Adams talked about wanting to make New York City safer and though he has implemented new strategies, overall crime statistics continue to rise.

The mayor, however, said change will come with time.

"I'm a tough grader and I am impatient," Adams said. "I want changes right away. We have to be safe. Every time a gun goes off, we are endangering the life of a New Yorker."

“We have removed over a thousand guns off our streets in the last 90-something days, yet the guns continue to flow. So I continuously state of that there are many rivers that are feeding this sea of violence and Washington must give us the assistance that we need," he went on to add.

Another big issue for Adams has been disbanding homeless encampments and getting homeless people off the streets and subways. Teams have been out to help relocate homeless individuals into city shelters, but the effort has been met with sharp criticism, with some saying the mayor is leaving the city's most vulnerable residents with nowhere to go.

However, Adams has defended his policies, saying homeless individuals deserve more than a life on the street.

“A tent and a cardboard box is not the only place a person can go. This is a right to shelter city. No one is turned away if they need shelter,” Adams said. And then we're looking at our safe haven beds, where we're helping those with mental illnesses get the wrap around services they deserve. I am not going to allow the normalizing of people living on our streets that we have allowed to happen before…It is inhumane. It is not right.”