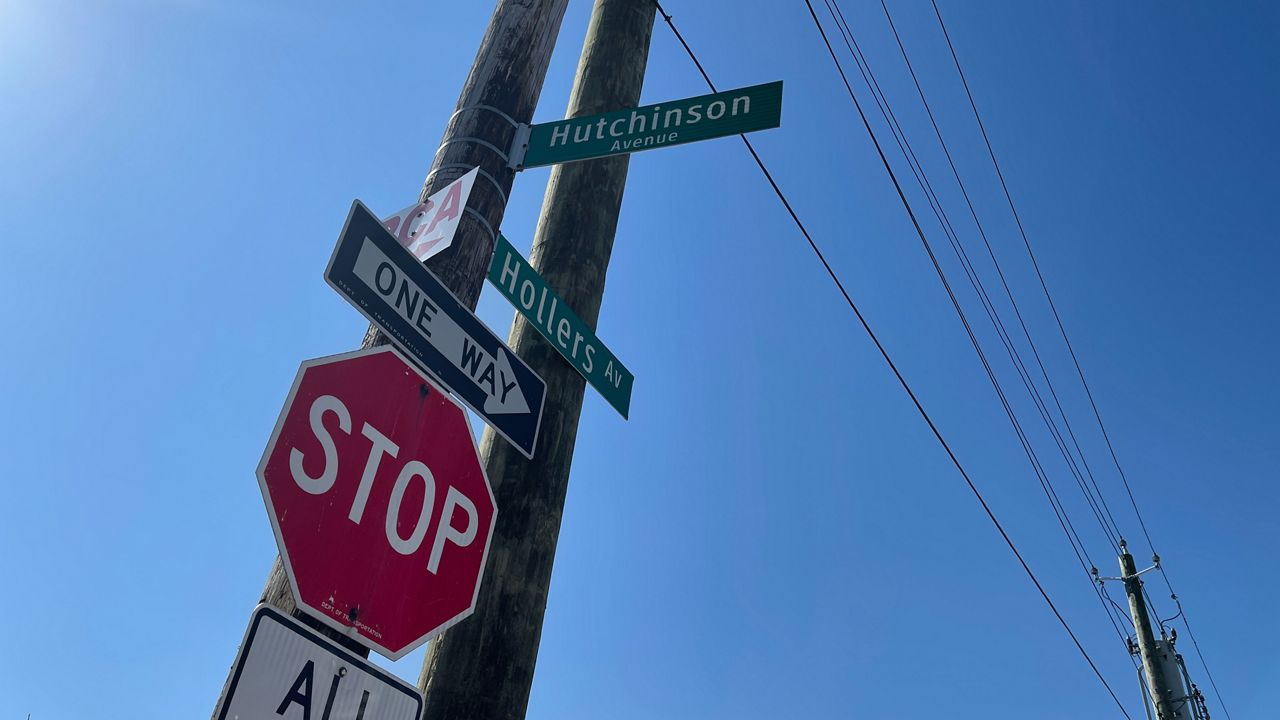 Hutchinson Avenue and Hutchinson River Parkway are among the only roadways named for women in New York. (NY1/Justine Re)

Anne Hutchinson was a pioneer and a spiritual leader who worked to educate women and was persecuted for it in the 1600s, Bronx historian Lloyd Ultan said.

After being expelled from the Massachusetts Bay Colony for her beliefs, she came to New York. Along the river she had her farm, you can drive down the Hutchinson River Parkway, named after the river named in her honor.

But the highway that connects Westchester and the Bronx is one of the few roadways advocates say are named after women in the U.S.

“The Hutchinson River was named because Ann Hutchinson had settled there and shortly after her death they started calling it the Hutchinson River,” Ultan said. “Women in her day in the late 1500s and early 1600s were not supposed to be educated. They were basically to take care of the home and raise the kids, she had a mind of her own.”

Hutchinson developed her own religious beliefs, Ultan explained, and was an early advocate for the separation of church and state, blasphemous in the Puritan Massachusetts colony.

But Hutchinson stands among the very few roadways and infrastructure named for women. There is a national effort under way to name more stretches of roadway after women.

The initiative hopes to honor the late Supreme Court Justice Ruth Bader Ginsberg, who grew up in Brooklyn.

“Our goal is as an organization is to follow what the community wants,” said Emiliana Guereca the president of the Women’s March Foundation. “Really making sure that we are part of that cultural and structural change so that when our kids grow up they visually can see that women were important in our society.”

Advocates say more work needs to be done to show a continued appreciation for the groundbreaking women in American history some of whom have ties to New York City.