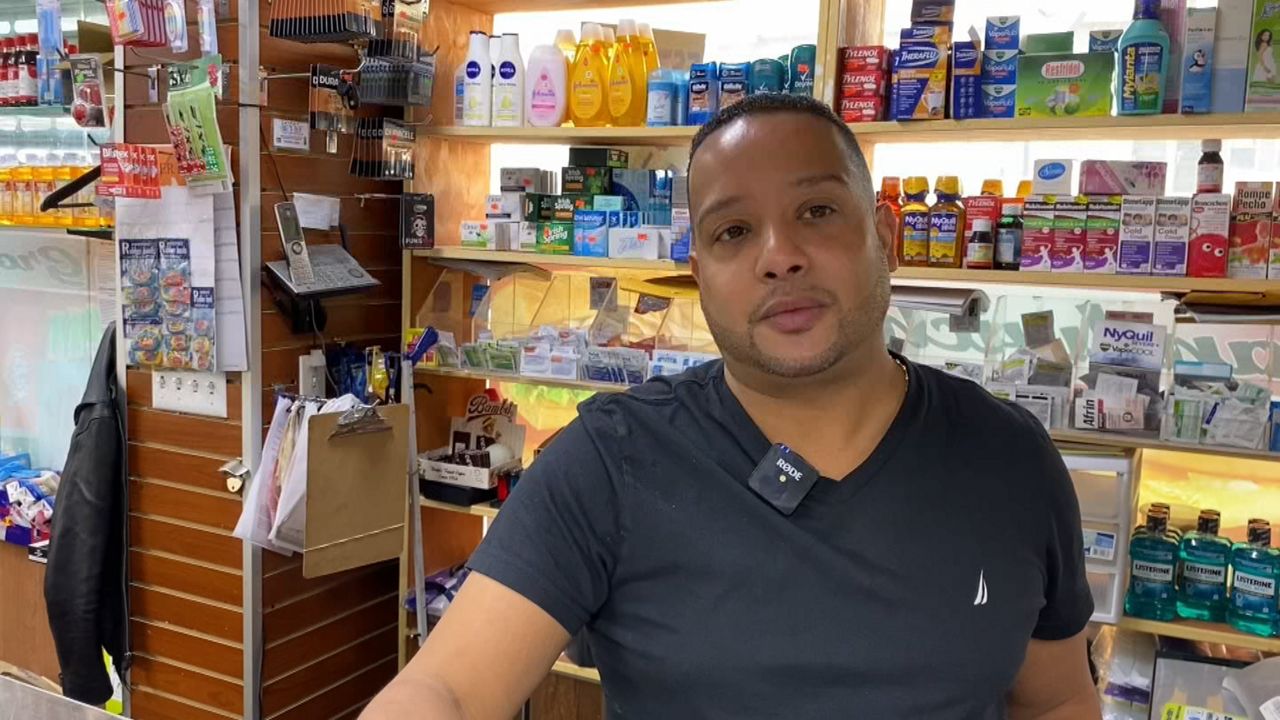 Joel Camilo owns the Iron Grill bodega on Southern Boulevard and St. John Avenue in the Bronx. He says a few months back a 15-minute grocery app location opened nearby and he started losing customers.

“They give discounts. I have customers tell me I don’t mean to be bad, but I order from this place because they give like $25 or $35,” said Camilo.

He said he and other bodega owners can’t compete with that. According to data compiled by BetaNYC, there are 115 of these delivery store locations across the boroughs; companies like GETIR, JOKR, GOPUFF — offering ultrafast delivery service to customers.

“I want an answer, are they legal or not? In my opinion, a warehouse is not supposed to be in a C1 or C5 district, which is commercial,” Brewer said.

Brewer revealed she’s talked with several city agencies including, the Department of Buildings, and city planning, asking what are the rules for these locations. As of this report, she’s still waiting on answers.

Owners of bodega stores we spoke with said that they’re not opposed to the app. They want to work with these companies to utilize the products that they offer in their stores.

Francisco Marte is the president of the Bodega & Small Business Association. He said although these delivery stores fill vacant store fronts, community stores like bodegas are being forgotten.

“During the pandemic, we were there, we was on the front lines offering service to the community and we were putting a risk our family, our health to support our community,” Marte said.

As dark stores continue to gain in popularity and more locations open across the city, Camilo says he anticipates a tough fight for small businesses like his.

“At the end of the day, some of us will have to close down,” said Camilo.