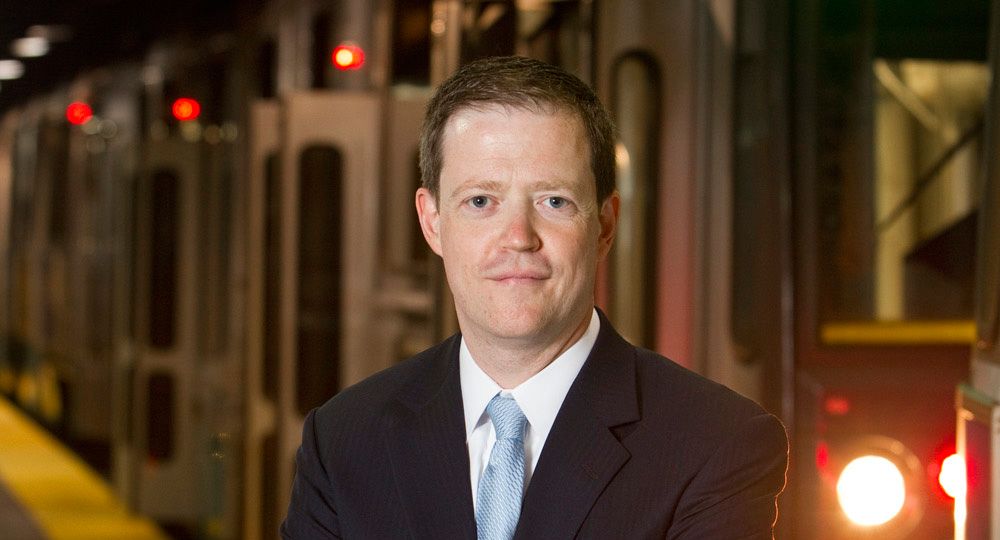 Davey, 48, will step into the role on May 2 and will be responsible for overseeing the MTA's 54,000-person workforce and all of the city's transit operations.

Transit officials are trying to bring back ridership that tanked over the last two years, raise new revenue and decide whether service must be scaled back. Now, the subways and buses are carrying roughly half of their pre-pandemic ridership

"He's stepping into a number of challenges that the MTA is facing first and foremost getting riders back to the system and making sure the have reliable, frequent service on subways and buses when they do go back to transit," said MTA Chair and CEO Janno Lieber.

According to an agency press release, Davey has served in several high-ranking transit leadership roles in Massachusetts and most recently was served as director of Boston Consulting Group, as one of the company's top experts on transit.

In a statement, Davey noted that while much of his career has been spent in Massachusetts, he has lived in New York City before and is excited to be returning.

"Living in New York during 9/11 was a seminal moment in my life," he said. "My experience being a New Yorker that day at that time is why I am coming back, because public service and more importantly public transportation is so important to me."

He added that he shares the same principles as Lieber in looking to ensure the MTA is "delivering on-time and efficient service, welcoming customers to a safe environment, and constantly looking at ways to improve the system."

Over the years, he has been successful in reducing customer complaints and boosting ridership levels, and Lieber says he is ready to lead the city's transit network.

"Rich is someone New Yorkers should feel confident in as the agency moves forward with major accessibility improvements and other capacity and reliability-oriented upgrades like signal modernization, as well as megaprojects such as Phase 2 of the Second Avenue Subway and, in years to come, Governor [Kathy] Hochul's Interborough Express," Lieber said.