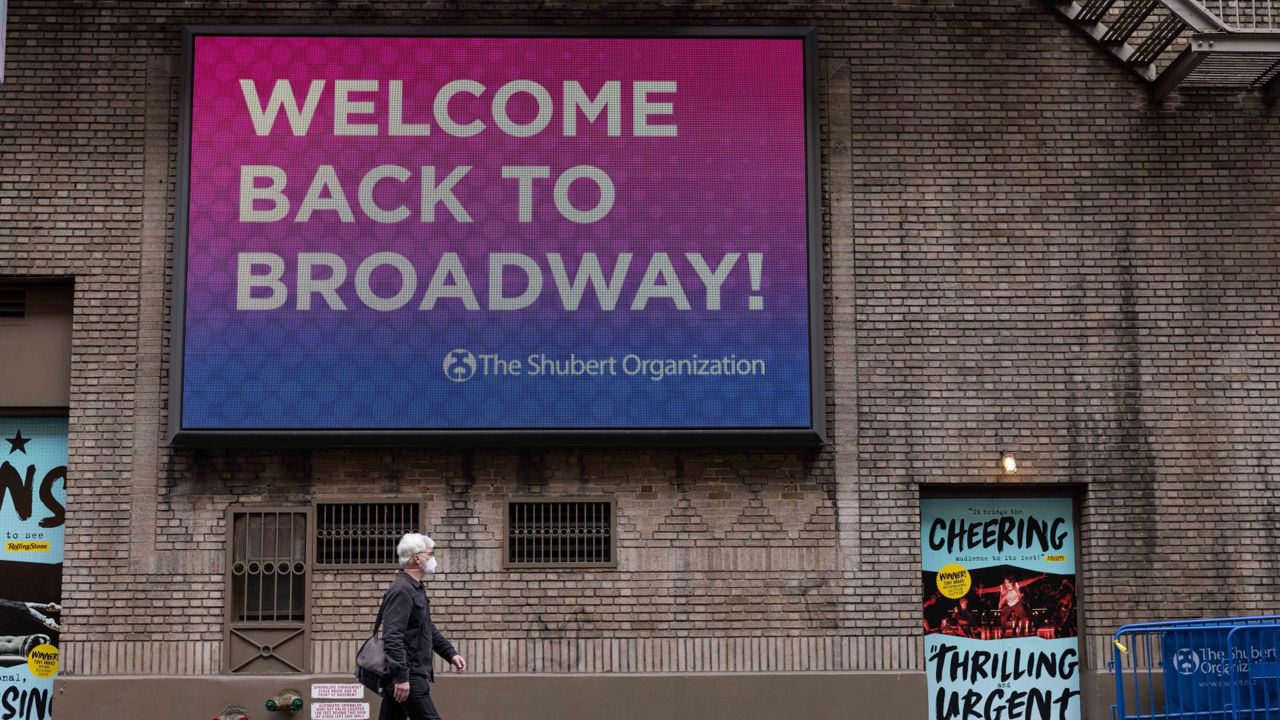 People walk a electronic board reading "Welcome Back to Broadway!" after cancellations of the broadway shows due to COVID-19 cases on Friday, Dec. 17, 2021, in New York. (AP Photo/Yuki Iwamura)

Broadway grapples with COVID protocols on 2nd anniversary of shutdown

NEW YORK — Broadway is bouncing back from the omicron wave that led to cancelled performances and show closures over the holidays. In the next two months, 18 shows are scheduled to open or reopen, a sign that the industry has stabilized.

But as COVID-19 cases decline and vaccine and mask mandates continue to be lifted in restaurants, stores, schools and other venues, the theater community is taking a more conservative approach. It has elected to keep its strict COVID-19 policies in place at least through April 30.

Epidemiologist Blythe Adamson is a former member of the White House COVID-19 Task Force who works with several Broadway shows through the company she founded, Infectious Economics. She said Broadway's mask and vaccine mandates are working so well, she considers theaters one of the safest places to be.

"One of the ways that I can feel confident in saying that is actually through our genomic investigations that we've done," Adamson said. "So when there's an outbreak on Broadway, I take all of the positives and send them for sequencing, and it's what helps me be able to tell who passed it to who in the theater."

"And with [the delta variant] and prior, I could see that all the viruses would be close together; it came from one superspreading event. But when omicron happened, what I found when there was an outbreak in a theater was that the viruses were all unrelated to each other, meaning that many of the cast and crew positives that were happening all in December and January were not coming through transmissions within the theater, but were coming from those individuals becoming infected out in the community and in their households," Adamson added.

"And that's because we had found and implemented these techniques of adding all those portable air filters, by using masks and testing," she went on to say. "We really reduced the likelihood that there was going to be a transmission in the theater."

It's this continued focus on safety that theater fans and industry insiders hope will ensure a blockbuster spring season leading up to the Tony Awards in June.