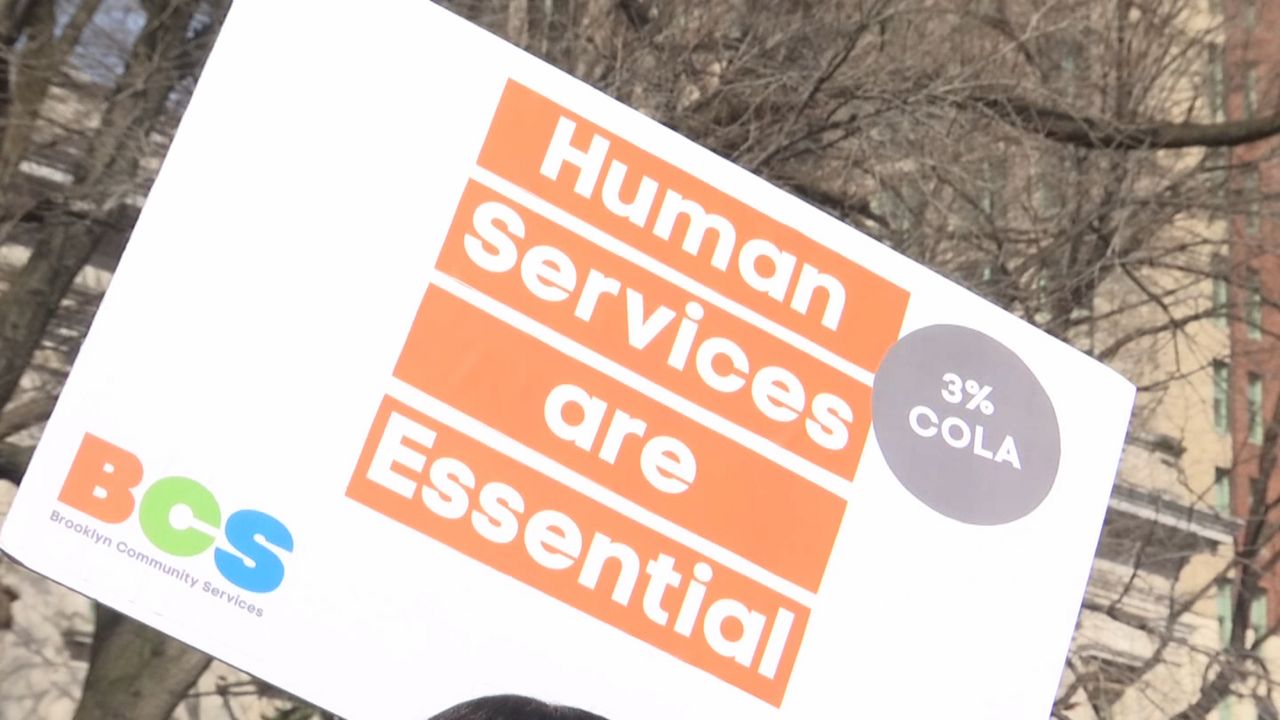 From social workers to food deliverers, hundreds of workers who help connect and provide services to some of the city’s most vulnerable New Yorkers say they don’t get paid enough. (NY1/Alyssa Paolicelli)

From social workers to food deliverers, hundreds of workers who help connect and provide services to some of the city’s most vulnerable New Yorkers say they don’t get paid enough.

They work for nonprofit organizations contracted by the city and are asking the mayor and their City Council to increase their pay.

“To rebuild to come out of this ahead, you need to pay people. People need to be able to live in the city that they work in and survive,” Oquendo said.

With inflation and the cost of living on the rise, these human service workers say they are often in need of the same services they are providing.

Katrina Attis delivers meals to seniors with Henry Street Settlement on the Lower East Side. She is a mother of two and says everyday is a struggle.

“I recently just also lost my mother and just paying for her funeral has put me in a hole,” Attis said.

Workers at the rally want a 6% cost of living adjustment and a minimum wage of $21 an hour.

Since the pandemic, many of these employees say the demand for their services has more than doubled. Their hours are longer, they have more work to do, but their pay is the same.

“We want to keep doing the work we do but we deserve to get paid,” explained Rodney Lee, who has worked at the Children’s Aid Society for nearly two decades.

Organizers say two thirds of human service workers live near the poverty line, which federally is about $28,000 a year for a family of four.

NY1 has reached out to City Hall for comment.