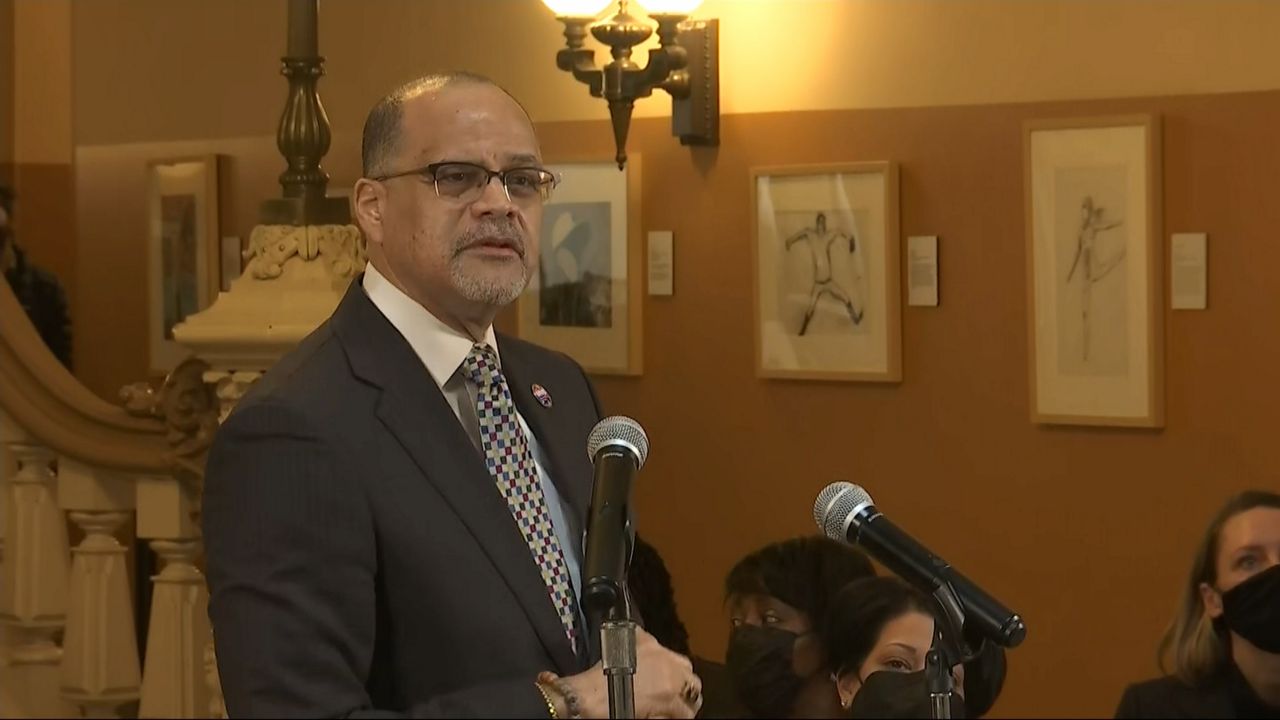 “I was up against a very tight timeline right now when people needed a decision, and that's the reason why I made the decision I have,” Banks said.

The decision – which Banks revealed in an exclusive interview with NY1 – comes just days before high school applications are due, on Friday.

Last week, Banks had floated the idea of changing the process in its final days, after outcry from some parents about the system the previous administration had set up.

At issue are applications to screened high school programs -- public schools that use grades to determine entry. In the past, they simply ranked students, top-down. This year, all students whose grades average out to about an 85 or higher are thrown in the same pool of applicants, and then selected by a lottery.

Some parents have told Banks that’s unfair to students with top grades. Others have urged him to keep the policy, saying it will give more Black and Hispanic students access to schools.

“And then I've had other parents who have also said to me, listen, even if I didn't agree with you, keep it at the 85, because we're at the eleventh hour, we can't afford to make changes again. It'll just throw the system into chaos. And I agree with that,” Banks said.

But, Banks intends to make changes in the future. He’s convening a task force to study not just admissions criteria at screened schools, but the application process overall, which requires eighth-graders to rank twelve high school choices.

“The high school admissions process is far too complicated. And I'm going to be dedicated to making sure that it's an easier process,” Banks said.

Eight of the city’s specialized high schools, including Stuyvesant, Bronx Science and Brooklyn Tech, base admission on a single exam -- something the prior administration wanted to change. Banks says he has issues with criteria, but that the DOE will not seek to change the entry requirements for those existing specialized schools.

“Our goal is to expand and open more specialized high schools around the city, and those schools will in fact have a different set of admissions criteria,” Banks said.

But critics have argued the screened schools have worsened problems of segregation in the city’s school system. Banks told NY1 he doesn’t necessarily oppose screens, as long as “you’re screening for the right reasons.” The Eagle Academy schools he founded do not screen students based on academics, though he noted there was a screen in place -- the schools only admit boys. Other schools screen not by grades but by areas of interest, or with auditions or portfolios.

He argues there’s room for all kinds of schools in the city.

“We should just ensure that there is an equitable approach to ensuring that everyone actually has an opportunity to attend all of these schools. They are public schools. They're not private schools. So they're really meant to meet the needs of all of our kids,” he said.

Meanwhile, parents are awaiting news on the future of the gifted and talented, or G&T, program, which the de Blasio administration had promised to phase out. Banks says they plan to do the opposite.

“I’ve been just so troubled, you know, Jillian, around this scarcity model that we work with, and that's why you see these kind of parent wars that are happening,” Banks told NY1’s Jillian Jorgensen. “There are currently only about 2,600 G&T seats. That's ridiculous, in a city this large, we can absolutely double, triple those numbers easily. And that's what we intend to do.”

But no word so far on how he plans to admit students to the program… though he did not sound keen on returning to the use of a single high-stakes test for rising kindergartners.

“I'm not a big proponent of a single test for four year olds. And I think all the national research says that doesn't make any sense,” he said.

Banks says he wants to expand special programs like gifted and talented classes in order to stave off enrollment losses, with the system having lost 120,000 families over the last five years.

But he also cautions that those special programs, or screened high schools, aren’t the only way for students to be successful.

Banks says the city has to move away from a scarcity mindset that has parents believing: “The only way my child is ever going to have a chance to achieve the American dream is to go to one of these five schools. If they don't get in there, my life might as well be over.”

“That has to change, because that's not true,” Banks continued. “New York City is a vast array of just phenomenal schools. And a lot of them have a lot of challenges and we got to work to improve them. But we’ve got a lot of great schools.”