How elderly Asians are coping amid rise of anti-Asian incidents

When senior centers in the city shut their doors at the beginning of the pandemic, Elvie Roman rarely left her house.

She said it took a toll on her mental health, so the reopening last June of Grand Street Settlement, a senior center in Chinatown, made a huge difference.

“I feel good about it because you have someplace that you can go and mingle with the people [other than just] staying home, getting depressed,” Roman, 72, said. “You're alone [at home] so I always come here now.”

But leaving her house on the Lower East Side more often also means worrying about her safety as she navigates the city.

“I'm nervous because I'm old and, you know, I cannot fight because I don't know how to fight,” said Roman, who is originally from the Philippines. “And especially when I go to the subway, I'm really nervous because sometimes you're looking for the police just in case something happened [and] no one [is] there.”

Over the course of the pandemic, attacks against Asians have been on the rise.

Through Feb. 20 this year, there have been seven anti-Asian hate crimes, compared to three in the same time period in 2021, according to police data.

These numbers, along with high-profile incidents such as the brutal beating of Yao Pan Ma, the 61-year-old man who police said died on New Year’s Eve from injuries he sustained during an attack last spring, and the Feb. 22 death of 62-year-old Queens resident GuiYing Ma who was attacked with a rock in November, have shaken the elderly Asian community.

“[At the beginning of] the pandemic, they were so afraid of going out of the neighborhood, because they were, you know, they don't want to get harassed,” said Jacky Wong of Concerned Citizens of East Broadway, a local community organization. “But even now, they even don't feel safe in their own neighborhood.”

Data provided by the NYPD indicated there were no hate crimes against elderly Asian people in 2021 and one hate crime against that group so far this year.

NYPD officials did not respond to multiple requests for comment on rising fears of attacks against the elderly Asian community.

With language posing a significant barrier for many Asian seniors, some have said they are not confident they’d be able to communicate efficiently with law enforcement in case of an emergency. 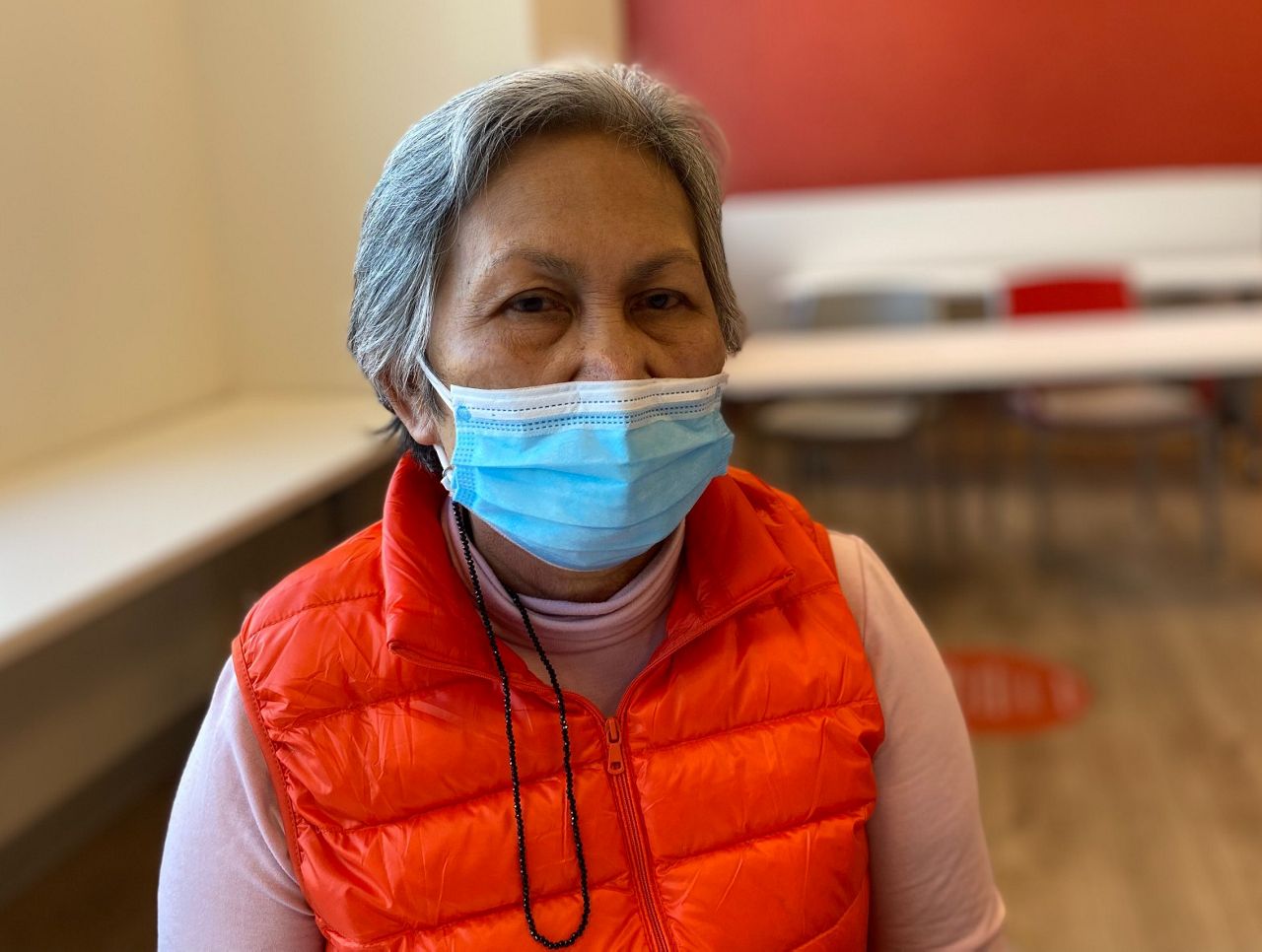 Elvie Roman, who lives on the Lower East side, said she relies on her neighbors to check in with each other amid a rise in anti-Asian incidents.

That is why Roman relies on informal networks in their neighborhoods and from the senior centers they visit.

“In my apartment, my neighbors, they are really close like family,” Roman said.

She said her neighbors in her building, who are mostly seniors as well, regularly check on each other to make sure people are doing OK.

For example, if someone learns of an incident taking place on a particular street, they’ll message each other to avoid that spot, they said.

Chun Ming Zhoung, 74, of Manhattan said she has changed her routine because of fear.

“Ever since the pandemic, I don't actually take the subway no more,” Zhoung, who is originally from China, said through an interpreter.

And for Asian seniors who are low-income or below the poverty level, making those kinds of adjustments to their lifestyle can be more difficult, according to community advocates.

From 2010 to 2019, the total population of Asian American seniors in the city increased by 78%, according to the Asian American Federation analysis of the U.S. Census Bureau 2019 American Community Survey.

And with this population growth, the number of senior Asians living in poverty in the city grew by about 67% from 30,477 to almost 50,970. This occurred as the overall poverty rate for non-Asian seniors in the metro area fell by 1%, according to the Asian American Federation.

“When you have more financial means, you have ways of making yourself at least feel safer, and that becomes a challenge,” Howard Shih, researcher and policy director at Asian American Federation and co-author of the 2021 study “Hidden in Plain Sight: Asian Poverty in the New York Metro Area.”

Despite their fears, many still hold on to a sense of optimism of the generosity of strangers.

“In the subway, there's a lot of people — there are some good people that they will help you in case, you know, something happen,” Roman said.