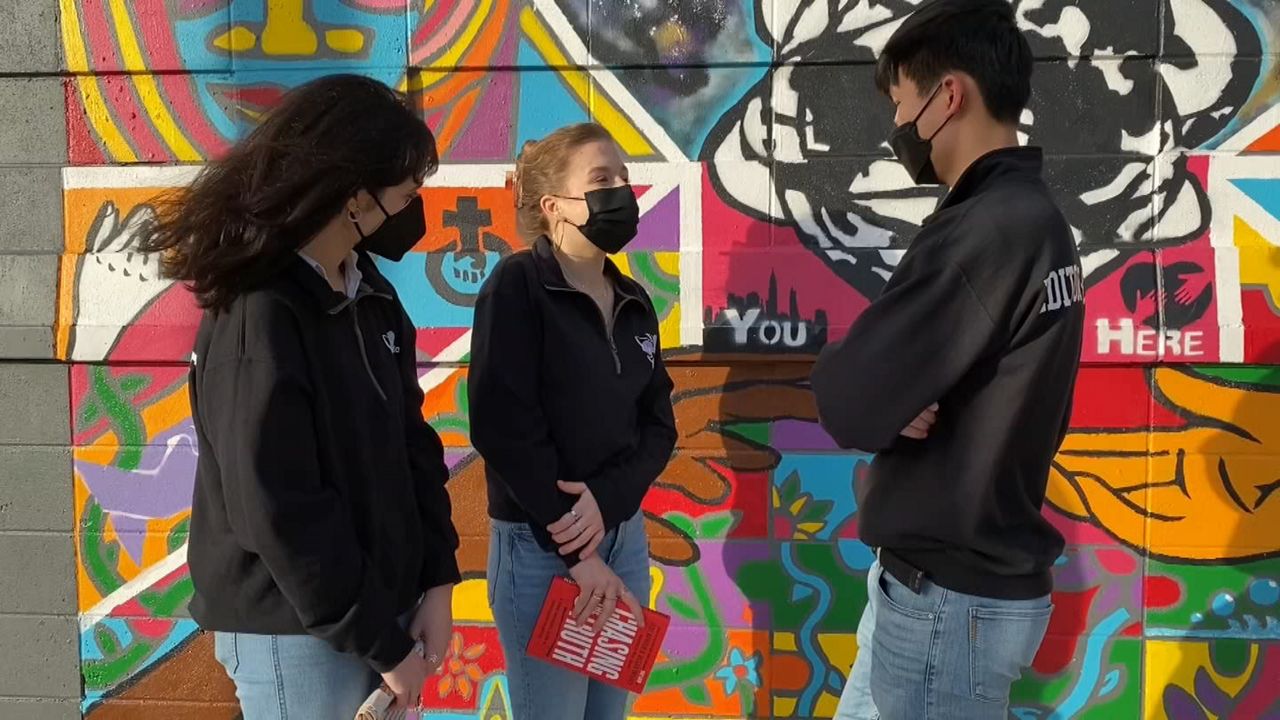 High school journalists help uncover a scandal at their school

QUEENS, N.Y. — The biggest story the editors in chief of “The Classic,” the student newspaper at Townsend Harris High School in Kew Gardens Hills, have ever chased down began with a bombshell email.

“We saw that email notification and we went straight, we went to our group chat, and we're like, ‘Guys, we need to meet,’” Jasmine Palma, one of the paper’s three editors-in-chief, said.

An anonymous source had sent along an 11-page letter from the Special Commissioner for Investigation, an independent watchdog who oversees city schools. Sent to the Education Department in 2019, the letter outlined allegations of grooming and a sexual relationship between a teacher at the school, Joseph Canzoneri, and one of his former students.

“We knew that with this information we had to act on it, we couldn't just sit on it,” editor-in-chief Ryan Eng said.

They verified the document by filling a Freedom of Information Law request, something they’d never done before.

“That was quite an experience just in and of itself, looking up how to do it online,” editor-in-chief Julia Maciejak said.

The SCI’s office had recommended that Canzoneri be fired. But the newspaper editors realized he was still working in an office at their school when they were sent the report. That changed quickly once “The Classic” began running down the story last November.

“He actually got removed when we first started reaching out to the DOE with questions,” Maciejak said.

“The New York Post” was also chasing the story, and the paper’s reporting credited the students’ inquiries with getting Canzoneri booted from the building. The Townsend Harris editors in chief also wrote an op-ed that ran in the Post — and landed them on the front page.

The response from students was immediate. Many participated in a sit-in, demanding the school do more to protect students. “The Classic” covered it.

“I was actually there taking pictures, and I could just see the raw emotion of people going up and speaking their thoughts and talking about the issue. So it definitely had an impact,” Palma said.

The DOE had insisted Canzoneri had no contact with students last fall before he was removed from the school, but “The Classic” found students, and school documents, that said otherwise.

And they don’t intend to stop digging.

“It's important that these issues come to light and are not swept under the rug. We want the story, as we said in our op-ed, we want the story to continue and make sure that there's more transparency from those in institutional power and the adults in power,” Palma said.

Canzoneri still has a job with the DOE. The city tried to fire him, but state tenure law required a hearing, and the student didn’t testify, leading a hearing officer to dismiss the case. An education department spokeswoman said he has no contact with students.

“There is nothing more important than the safety and well-being of our students. This employee was not permitted to set foot in a classroom once these deeply disturbing allegations came to light, and is not working with any students or in any schools,” DOE spokeswoman Sarah Casasnovas said.

NY1's attempts to reach Canzoneri were unsuccessful. He declined to speak to SCI investigators.