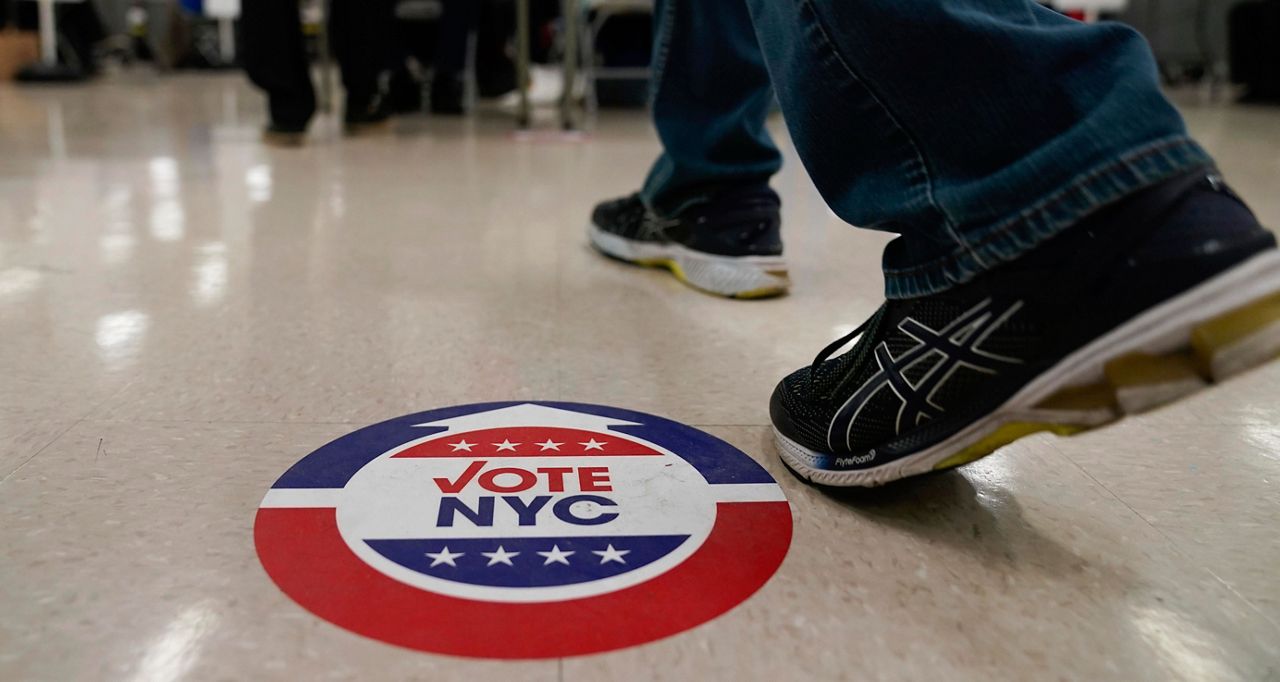 A competitive state Assembly race in the heart of Manhattan

NEW YORK — A longtime political staffer is getting high-profile endorsements in a competitive primary campaign for an open seat in the heart of Manhattan.

Tony Simone is getting the support of veteran Manhattan and Brooklyn Congressman Jerry Nadler, who in a statement called Simone “a true consensus builder.”

“He knows I will work my heart out for every constituent in this district,” Simone said.

Simone has also garnered the support of the assemblyman he wants to replace, Richard Gottfried, who recently decided to retire after serving 52 years in Albany.

The newly redrawn 75th Assembly District includes the Theater District, Hell’s Kitchen, Chelsea, parts of Midtown and a few blocks of the Upper West Side.

Public safety is the number one issue according to Simone, who, if elected, would become the first openly-gay assembly member representing the district.

Another candidate in the race is Layla Law-Gisiko, who, as the Land Use committee chair of Community Board 5, has fought against the controversial Penn Station project that would build 10 skyscrapers around the transit hub.

“I’m all about serving constituents, so I wanna have the strongest, most robust constituent services that this district has ever had, and I really wanna work on the issues the people care about,” Law-Gisiko said.

Also in the race, two members of Community Board 4: Chris LeBrón and Lowell Kern.

LeBrón was born and raised in the district.

“I look at the 75th and I see a myriad of problems. I see housing, transportation, the environment, homelessness and social services as the top priorities for anyone who’s elected into this office,” LeBrón said.

Kern believes solving one issue in the district is the key to improving many others.

All these candidates will now try to get on the ballot for the Democratic Primary on June 28.