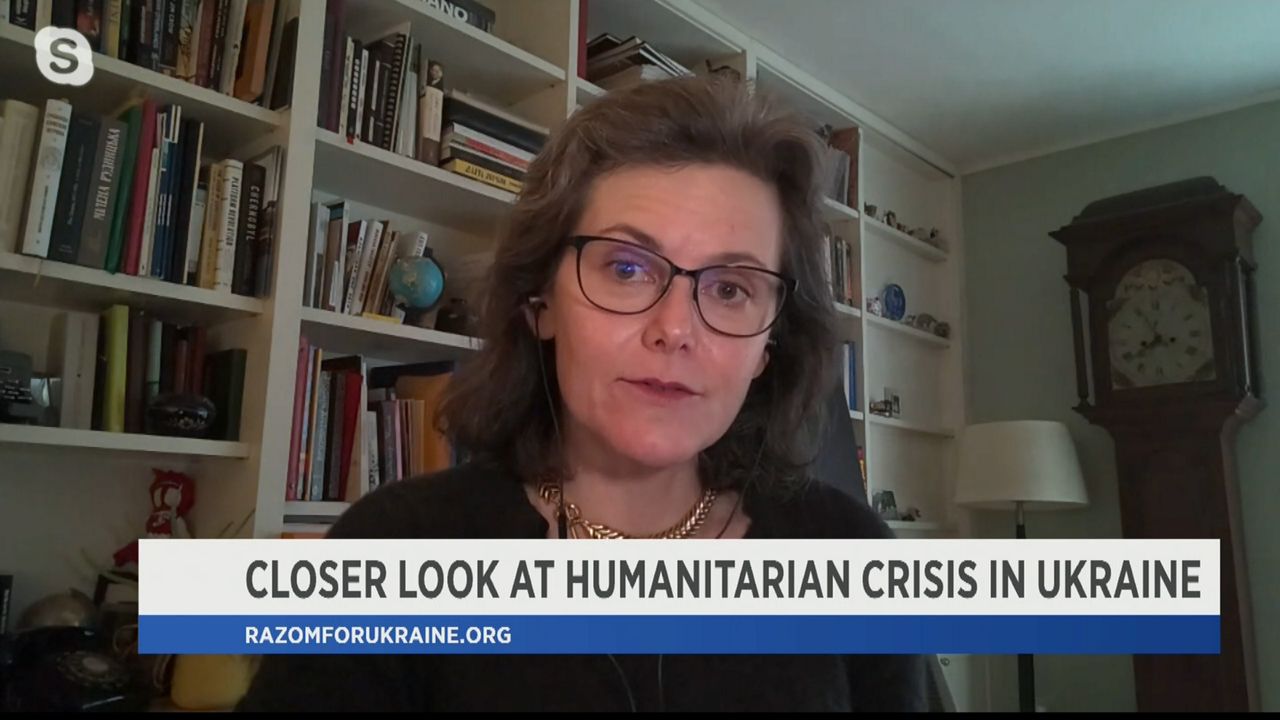 NEW YORK — For decades, Dora Chomiak lived, worked, and traveled in Ukraine. Now, she fears for her friends and relatives still in the country as they face down the Russian invasion. Though, as she explained on "Mornings On 1" Saturday, Ukrainians are taking the situation head-on.

"Ukrainians are being Ukrainian, which means rally together, put aside the vast diversity and differences in opinions and approaches and get stuff done," Chomiak said. "You can destroy buildings, but you can't destroy that will."

Chomiak is president of Razom, or "together" in Ukrainian, a volunteer organization based in New York working to provide medical supplies and humanitarian aid to Ukrainians.

Even if Kyiv falls, Chomiak believes the Ukrainian people will continue the path of self-determination and ultimately control the destiny of their country.

"This is a marathon and I ask people to pay attention and be involved," Chomiak said.