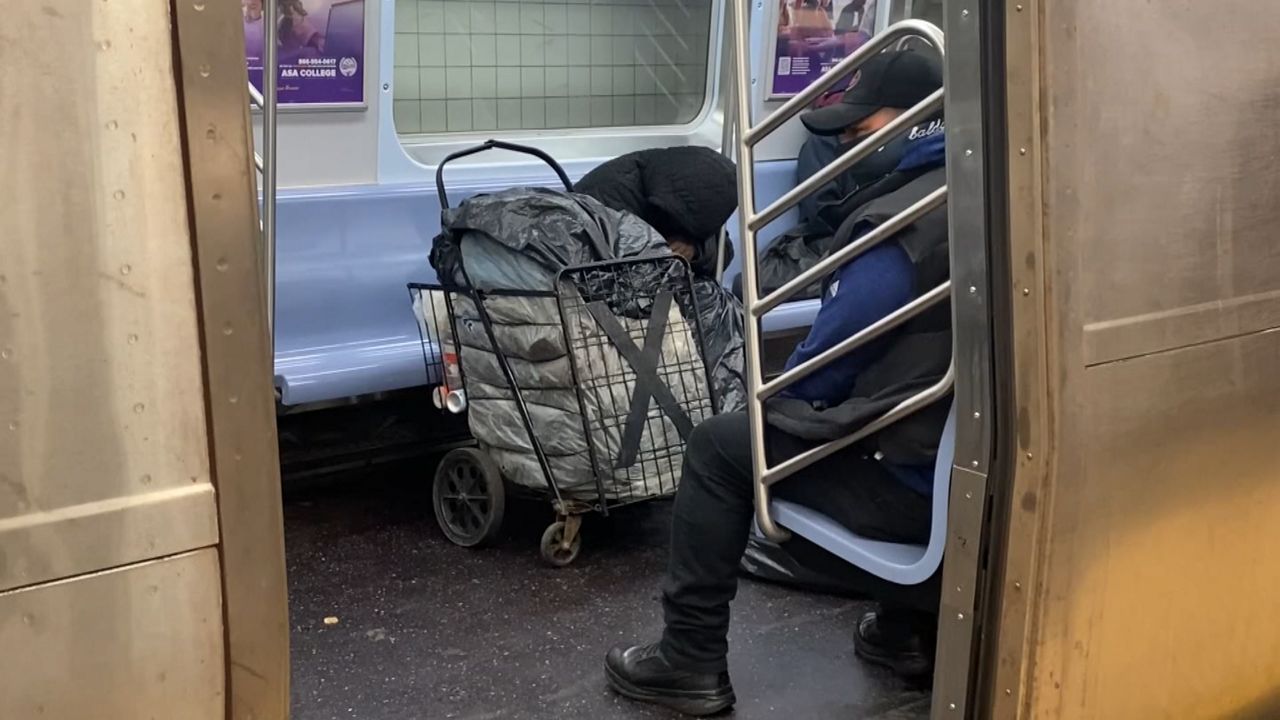 According to the MTA, a survey last month found over 350 people living in 29 encampments inside subway tunnels, and 89 encampments in subway stations. (Spectrum News NY1)

Over the pandemic, while ridership tanked, there was an increase in the number of people who entered the tracks, with hundreds of homeless people in dozens of encampments inside subway tunnels.

“The subway is no place to make your home,” MTA Chairman Janno Lieber said.

According to the MTA, a survey last month found over 350 people living in 29 encampments inside subway tunnels, and 89 encampments in subway stations.

Meanwhile, last year, the MTA found 1,267 cases of someone entering the tracks, a 20% increase since 2019, the year before the pandemic.

The head of the MTA said these surveys will regularly check the system for these encampments.

“That was the information that was provided to get the cops and social services professional locational data so they can start to make contact with this population,” Lieber said.

Meanwhile, the agency also looked into 160 cases of track intrusions last month to find out why people are on the tracks.

Nearly half of the people entered the tracks voluntarily.

That includes people who are walking on the tracks to get to an encampment, as well as risky behavior like crossing tracks to switch platforms or grabbing an item they might have dropped onto the tracks.

Other reasons include mental health episodes, intoxication, attempts to harm themselves and people being shoved.

The MTA provided NY1 with a list of the top stations with the most cases of people entering the tracks.

West 4th Street had the most, followed by:

“When we spot someone on the tracks, we have to bring trains to a halt, turn off the third rail, call police in to assist or remove the individual,” said Jamie Torres-Springer, an MTA construction executive who’s in charge of the track intrusion task force. “Once the third rail is turned back on and residual train congestion is resolved, the average incident last year resulted in a 29-minute delay.”

MTA officials are looking to technology to deal with the problem. That includes using closed-circuit television cameras and front-facing cameras on trains.

The MTA also wants to expand use of laser intrusion systems that alert crews that someone entered the tunnels unauthorized.

Appearing on PIX11 Friday morning, Mayor Eric Adams said the city would “be dismantling every encampment in our system.”

“Not acceptable. Previous administrations may have looked at this and walked past them. We’re not doing that,” he said. “I’m sending the right message that our subway system must be safe and reliable for our riders.”

The city's outreach teams have made “over 125 daily interactions” offering help to homeless people in the transit system, and “many have taken us up on our offers,” the mayor said.

“We have been correcting the conditions and setting the right tone of what we expect in the subway station,” he added.