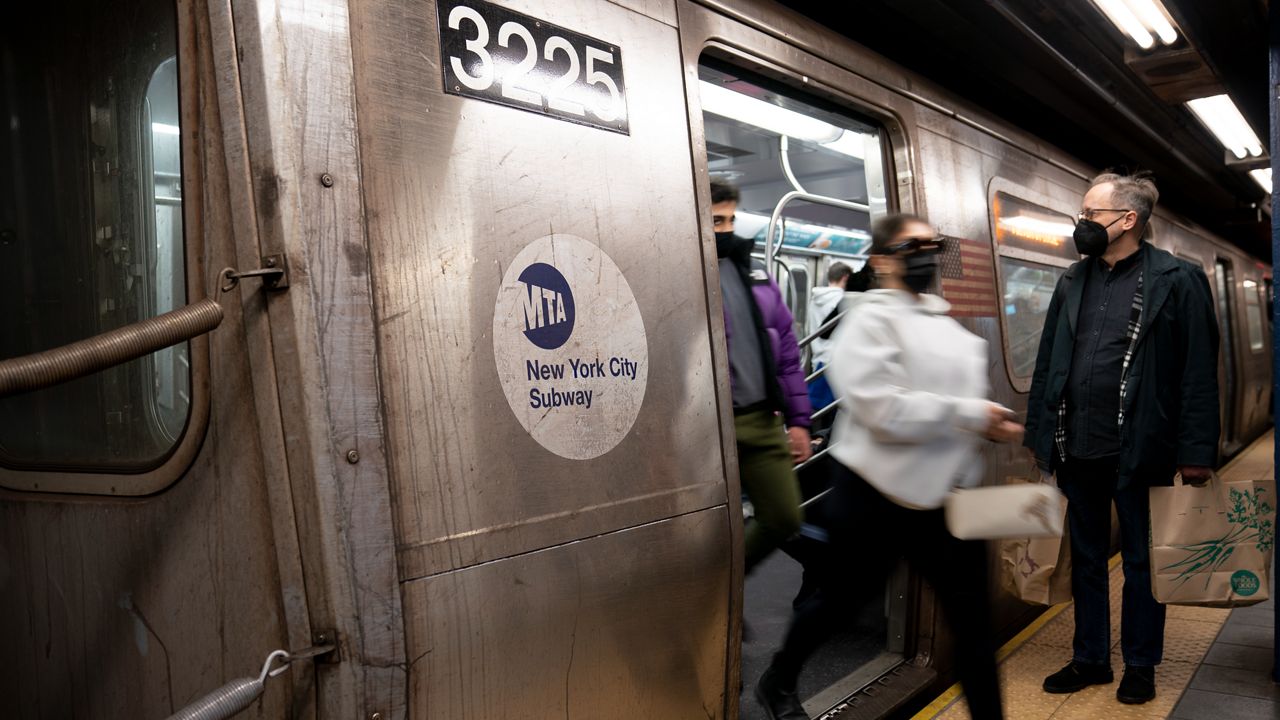 NEW YORK — The MTA will soon be installing platform doors at three subway stations, according to MTA Chairman and CEO Janno Lieber.

The platform doors will be installed in the Times Square, Third Avenue and Sutphin Boulevard-JFK stations for the 7, L and E lines, MTA officials said Wednesday.

Speaking on “Mornings On 1,” Lieber said the MTA identified the three stations as locations where the engineering needed for platform barriers can work, adding that it could not currently work at “a lot of stations.”

The pilot program would create a barrier between the platform and the tracks to prevent people from falling or being pushed onto the tracks.

"Installing subway platform doors where possible is a common-sense step we can take towards making the subways safer," Mayor Eric Adams said in a statement. "I applaud the MTA for testing this idea, and my administration will work in partnership with them to evaluate their effectiveness and expand where appropriate."

A spokesperson for the MTA told NY1 reporter Dan Rivoli that the barriers will cost $100 million and will be ready by 2024.

The move by the MTA comes after a series of incidents in which multiple people were shoved off subway platforms, including 40-year-old Michelle Alyssa Go, who was killed by an incoming train in January.

Following her death, advocates had called on the MTA to install the platform barriers, which are already used in transit systems in Europe and Asia, and along the John F. Kennedy International Airport AirTrain.

While MTA officials had previously rejected the idea, saying it would be too expensive and complicated because of the age of the subway system, Lieber says it’s time to give the program a chance.

“Months ago, I started seeing that the number of people getting on the tracks and in the tunnels was going up. There's been a significant increase. So I created an interagency group at the MTA to study it,” he told NY1.

He did not say how much the program would cost.

Lieber added that track safety is a “complicated issue” and to help prevent further incidents, the MTA also plans to work with psychiatric experts at NYU to provide mental health education to those in need.

He said the agency will also be piloting new technology that would use thermal sensors and lasers to detect if there is a person on the tracks.

It remains unclear when these changes will be implemented because Lieber said the MTA is still working to collect the funding needed.