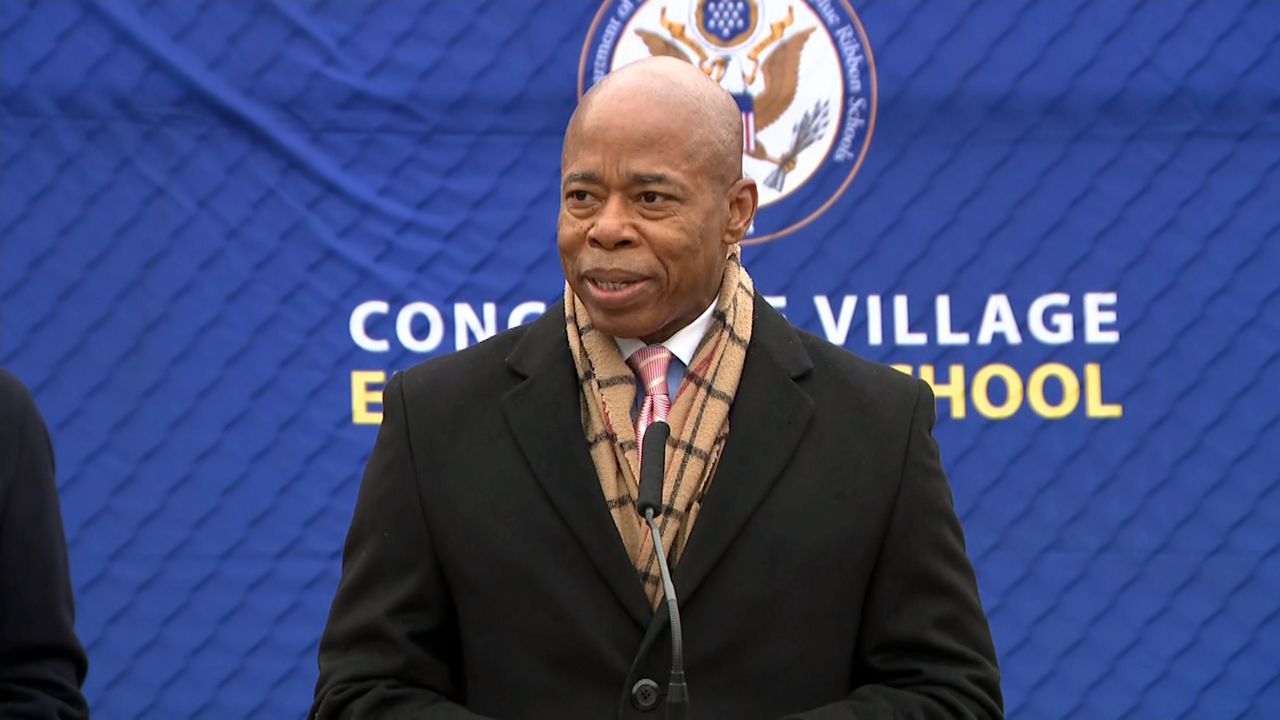 Public schools that have seen enrollment drop during the pandemic would see their funding shrink, too, as part of the preliminary budget proposed by Mayor Eric Adams Wednesday.

As a result, schools overall will see funding fall by $215 million next school year, something some parents are already protesting.

“It's actually unbelievable, given what schools have been going through over the last two years,” Jessica Flores, president of the Parent-Teacher Organization at P.S. 9 in Brooklyn, said.

Individual school budgets are based on how many children are enrolled. During the pandemic, enrollment fell citywide -- and at some schools, the rosters fell significantly short of the projections used to set their budgets.

That left some schools facing the prospect of having to return hundreds of thousands of dollars to the city, a situation that was averted when the de Blasio administration agreed to hold the schools harmless and fully fund them, using federal stimulus money.

Now the Adams administration is changing course, though it will use some federal stimulus money to soften the blow.

The city will actually reduce its funding to schools by $375 million in the next fiscal year, to account for the lower enrollment. But they will partially back-fill that cut with $160 million in federal stimulus funds, resulting in a net loss of $215 million.

In the following fiscal year, they’ll again cut $375 million, but will spend $80 million in stimulus funds to help those schools, resulting in a net loss of $295 million for classrooms.

And three years out, the full cut of $375 million would go into effect.

Those numbers could change if enrollment goes back up.

“We believe we're going to get enrollment counts up,” Adams said. “Then we will make the adjustment if those numbers don't get back up to the proper headcount.”

P.S. 9 in Brooklyn saw an 8% enrollment drop, and parents there were among those leading the effort for schools like P.S. 9 to keep their budget money.

“While no one is necessarily at fault, the students in the school that remain suffer, and the principals are held liable for something that is far beyond their control,” Flores said.

At P.S. 9, the cuts could mean the school won’t be able to afford services like reading intervention or after-school programs that are crucial to help kids catch up after the pandemic.

The cuts are part of the city’s Program to Eliminate the Gap, or PEG, which seek to reduce spending by city agencies by 3%.

Budget documents outline where each city agency found savings, and it appears that the savings found by the school system are among the largest out of all of the city agencies.

In addition to the $375 million reduction in school budgets due to the enrollment decrease, the city also aims to save $57 million in the next fiscal year by reducing costs for “central and administrative salary,” as well as per session payments, professional development, equipment and supplies.

Schools Chancellor David Banks vowed when he was appointed to the job that he’d seek to cut any fat at the Education Department’s Tweed Courthouse headquarters, including removing job titles that aren’t working to help students. It’s unclear how exactly the city will find that $57 million in central savings.

The preliminary budget is just that, preliminary. It could change over the next few months, as the City Council reviews it, holds hearing, and the mayor issues a revised document known as the executive budget.

The final budget is typically adopted in late June, before the fiscal year begins on July 1.