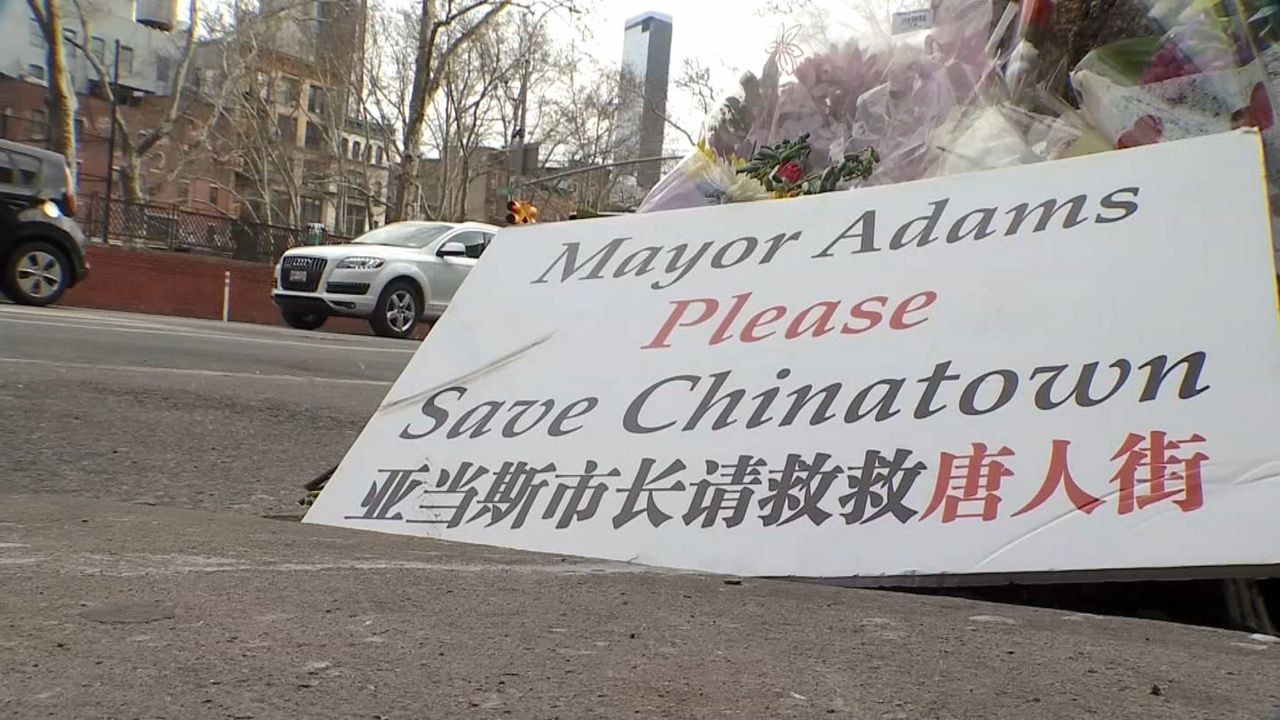 Residents say there has been a growing number of homeless individuals, many struggling with mental illness, living in Sara D. Roosevelt Park (Spectrum News NY1)

It's a communal understanding among Chinatown residents: Once the sun goes down, north of Grand Street in Sara D. Roosevelt Park is not safe.

Sarry Lau follows that advice, and tells her loved ones to do the same.

“Sometimes you see someone that look at you like they want to attack you, that is why you do not feel safe,” she said.

Residents say, since the pandemic began, drug use is on the rise in the park, which is littered with used needles and other drug paraphernalia.

Many complain of a growing number of homeless individuals, some dealing with mental illness and staying in the park.

A spokesperson for the coalition for the homeless said, “People sleep on the streets because they feel it is their only option."

But residents NY1 spoke with believe violence in the community often stems from the situation in the park.

“Right at dusk, it empties out really quickly because they just don’t know who is going to be following behind them or walking behind them,” explained Mary Cheng, a life-long resident of Chinatown.

She says the pandemic has made the situation in Sara D. Roosevelt Park worse, but the problem has been going on for years.

Fears and concerns are heightened now after the murder of 35-year-old Christina Yuna Lee, who lived across the street from the park.

“There is an overwhelming feeling of defeat and how do we change this,” added Cheng, who is also the director of Childhood Development Services at the Chinese-American Planning Council. “It doesn’t seem like in the past two years there has been any movement of push from the city to do more for the community in that way.”

The NYPD says it's been nearly two months since any major crime took place inside the park.

The Coalition for the Homeless says city leaders must invest in low-barrier shelters, permanent affordable and supportive housing, and accessible mental health care to help people move off the streets.

Residents say they want more police in and around the space and for city agencies to connect the individuals struggling there to resources and to get them off the street.