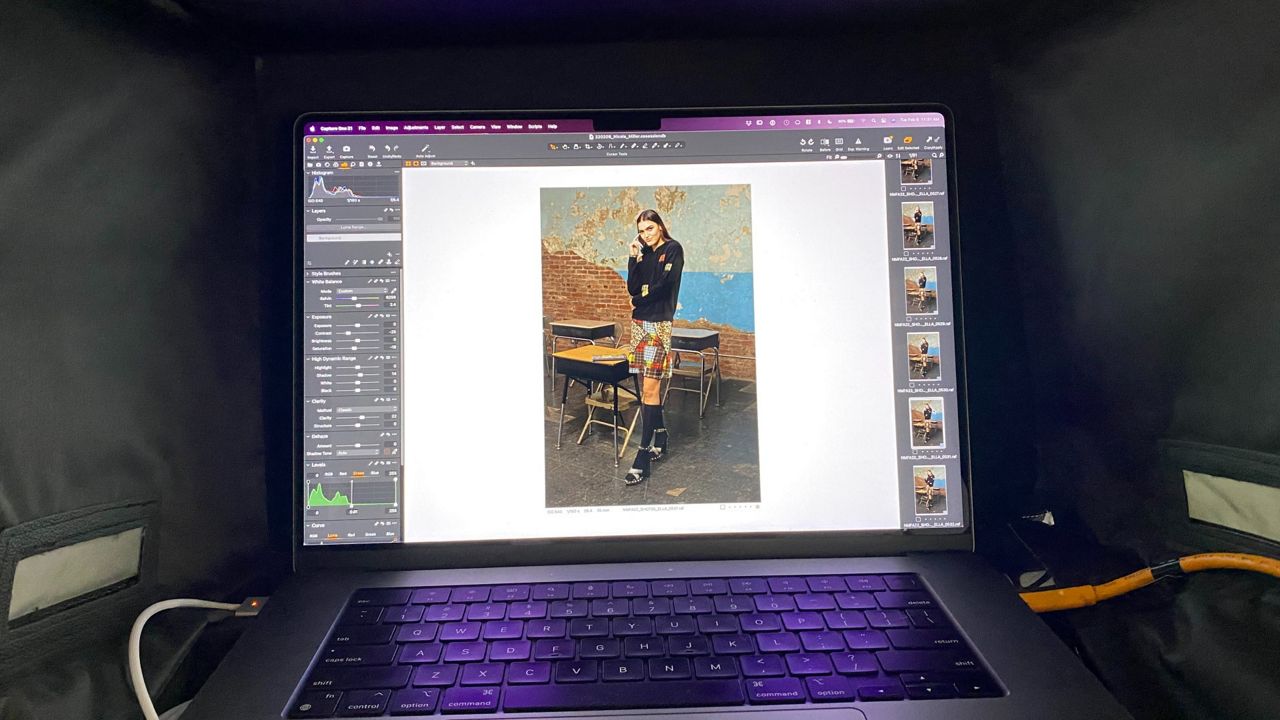 NEW YORK — It's not where you might expect a New York Fashion Week show to start, but in the basement of a Brooklyn church, designer Nicole Miller took her creativity to a new level. Her show this year was completely digital.

"I think with technology, there's just so many things you can experiment with, you know, during post production, and I just think there's just a lot of different options," Miller said.


Miller weaved images together for a virtual show. Think clicks and logins in place of tickets and VIP passes.

"This year we're doing GIFs. The girls are not going to be static," Miller said. "Every girl is going to have a little bit of a movement thing going on, and I think that is going to make the show look very interesting."

"We all had to sort of adjust to this new situation, but it's actually been great, because we've been able to do really creative things," Miller said.

Dale Noelle, CEO and founder of TRUE Model Management, said avatar models have become more mainstream over the past two years for safety reasons and for the novelty of it.

"For people who have neverheard of avatars, they are basically a digital asset that is a 3D replica of a person," Noelle said. "You can license models to show their avatars on your next runway."

"Now you don't have to be a fashion elite to attend fashion shows. It used to be that you had to be in the circle," Noelle said. "Now everyone has a front seat."

Miller looked forward to this year's presentation, but also enjoys the traditional shows.

"There are so many crazy things you can do technically. I still like doing things on real people, but I also like the manipulation you can do afterwards," Miller said. "I'm excited to see where we go with this."