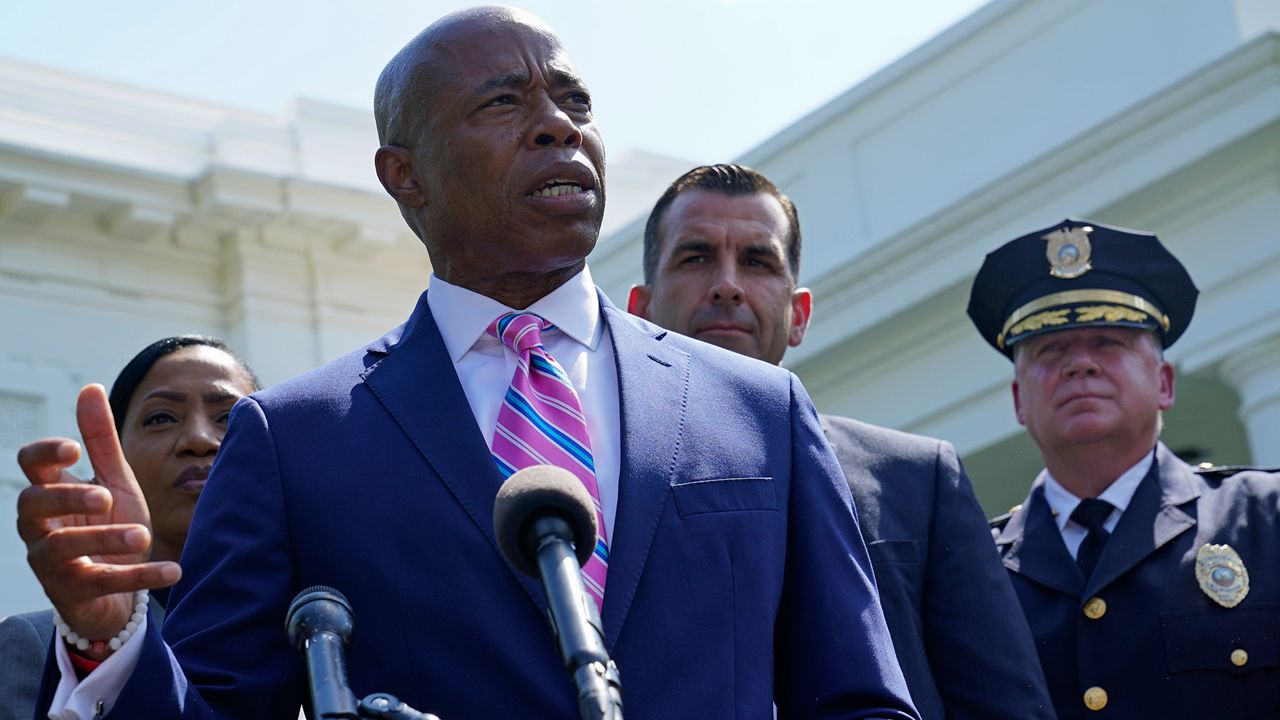 Some lawmakers are publicly noting that the new mayor has had very limited engagement with them, despite the fact that he needs their support. (AP/Photo, File)

Adams had limited engagement with Albany lawmakers, despite seeking help with agenda

Mayor Eric Adams has an ambitious agenda on public safety that requires assistance from Albany. The mayor wants changes made to the controversial bail reform law to give judges more discretion.

Assembly Member Latrice Walker was one of the architects of bail reform. She says she met with Adams last year on this complex issue.

“I did have an opportunity to meet with the mayor when he was mayor-elect, and we had a conversation about bail as it relates to guns,” Walker said. “Since that time, we have not had an opportunity to converse about the proposed changes.”

Since becoming mayor last month, Adams has already visited Washington twice. He is scheduled to testify before state lawmakers on the budget next week, but the mayor’s office says he will do so virtually.

While @NYCMayor had time to meet with Cuomo, some Albany lawmakers say he has yet to meet with them or even visit the State Capitol as Mayor. This, despite the fact that Mayor Adams is seeking big changes from legislators to criminal Justice laws. Full story on @InsideCityHall https://t.co/zO6pf4usUN

“Since the mayor has gotten into office, I have not met with him,” said Assemblyman Harvey Epstein. “He hasn’t met with my staff. So, I don’t know who he is meeting with. But I think it would be pretty critical of him to sit down with lawmakers across the city, there are only 63 members.”

In a statement, a spokesperson for Adams said, “Mayor Adams is excited to continue to work with our state partners in Albany. As we round out our team with experienced veterans in state government, we are keen to work with the Legislature and other state leaders to pass laws that will help improve public safety across New York City and boost our economy. We will be working with our partners to improve the lives of New Yorkers and ‘Get Stuff Done.’”

“As someone who used to work at City Hall, I know firsthand how much we depend on Albany in terms of the budget, in terms of our laws, to make sure we are on the right track,” explained State Senator Jessica Ramos. “So, if I were mayor, I would be spending some time here meeting with leadership, making sure those priorities come across very clearly.”

When Adams first called for bail reform changes, state leaders said through media appearances that those changes are unlikely to happen, at least for now.

“You know everything from voting rights to taxes to criminal justice reform is controlled by Albany,” said Democratic strategist Monica Klein. “So either the mayor doesn’t understand how much power Albany has or if he has decided to publicly look like he doesn’t care. Either way, it’s a terrible strategy.”

While many previous mayors have had difficulty navigating the complex waters of Albany, Adams is not in that boat. He served as a state Senator for seven years, which is why some Albany insiders are perplexed he hasn’t invested more time there.

Adams has also not named a director to the mayor‘s office of government affairs in Albany.