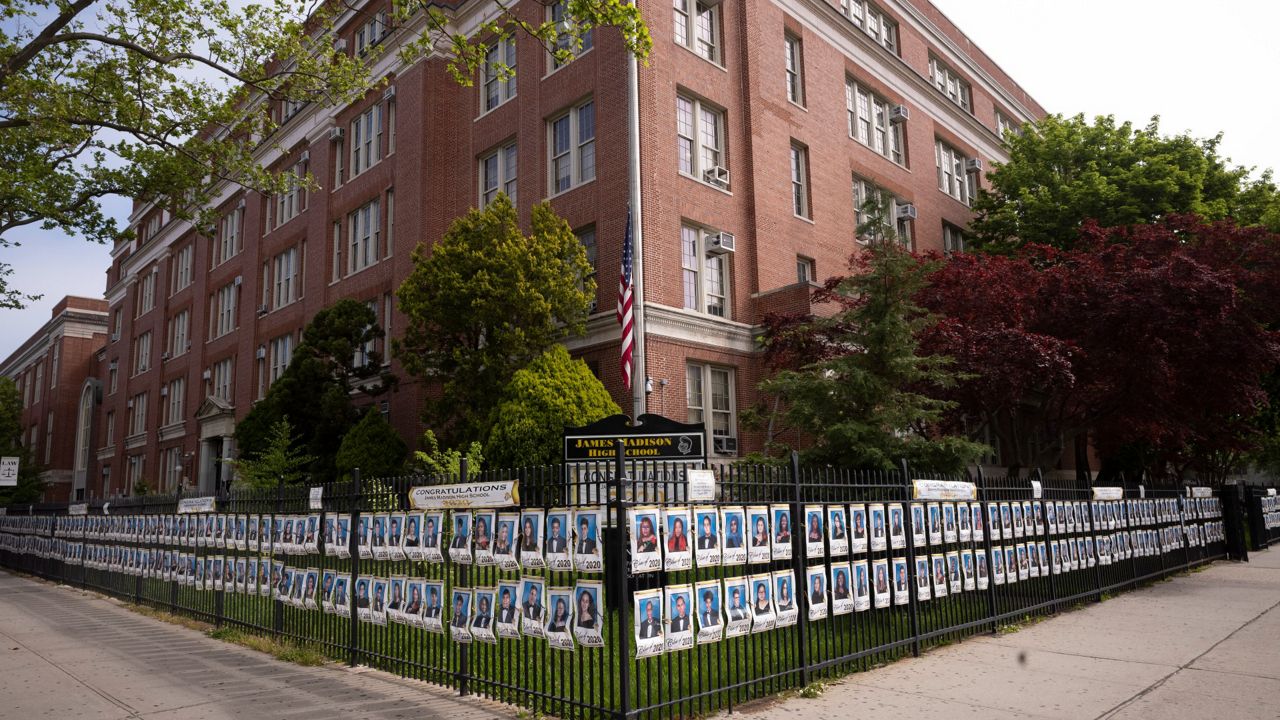 For some families, high school applications feel more complicated than ever

NEW YORK — It’s time for eighth graders around the city to apply to public high schools — a process that can be convoluted in the best of years. But some parents say changes and last-minute information this year are making things even harder.

“Applying to high school or applying to any school in the public school system is challenging and it's overwhelming and confusing at times," Sharon Meiri Fox said. "Throw in a pandemic — it's pretty, you know, untenable."

Meiri Fox's son Nathan is among thousands of eighth graders applying to high school in New York City this year.

Unlike much of the country, where kids go to the school in their neighborhood, this process involves ranking twelve choices out of 700 programs at 400 different high schools around the city.

“Both my kids, when we went through the process, asked if we could please live somewhere we could just go to high school, because it is complicated,” Elissa Stein said.

After her kids went through the process, Stein became a consultant parents actually hire to help them navigate the undertaking.

This year’s process has seen some last-minute twists and turns.

"Anxiety and frustration is at an all time high,” Stein said.

For the first time, grades will be evaluated by the Department of Education's central offices, not individual schools. The city will use either final grades from seventh grade, or first semester grades from eighth grade, whichever is higher. That took Meiri Fox by surprise.

“Someone who got could have gotten, you know, in the 70s, and then, you know, then gotten a 90 or 95 later, is grouped in the same group as someone who has gotten a 99 every single quarter in their top four classes,” she said.

And under the new centralized evaluation, students won’t be ranked top-down by their exact scores.

“If you know that you had a really high average and high test scores when they counted, you'd rank higher at that school. All that's been taken away,” Stein said.

An Education Department spokeswoman responded saying the changes will give more students access to sought-after seats.

The city will not consider standardized test scores in admissions because very few students took them last year, due to the pandemic.

Meiri Fox said the process has felt opaque, with parents asking questions in the chat boxes of Education Department info sessions, and not getting answers.

It’s also a lot of pressure on eighth grade students. Meiri Fox said she’s trying to approach the process with her son in a healthy way.

“There's a lot of really great schools out there. We're going to find the ones that we think are best for you — that match your interests and your strengths,” she said, in recounting what she’s told her son.

But even though students have to rank in preference order, she’s trying not to get his hopes up about number one.

“We're not going to make one our favorite, just because it's just not realistic to assume that you're going to get your first choice,” she said.

Casasnovas, the DOE spokeswoman, acknowledge it’s a big decision — and says the city is working to give parents information.

“We know applying to high school is a pivotal moment for our students and we have a wealth of information available to support families through this process," she said. "From exploring programs to submitting the application or preparing an audition, families with any questions can contact their school counselor, a Family Welcome Center, or call us for support."

Applications are due March 1.