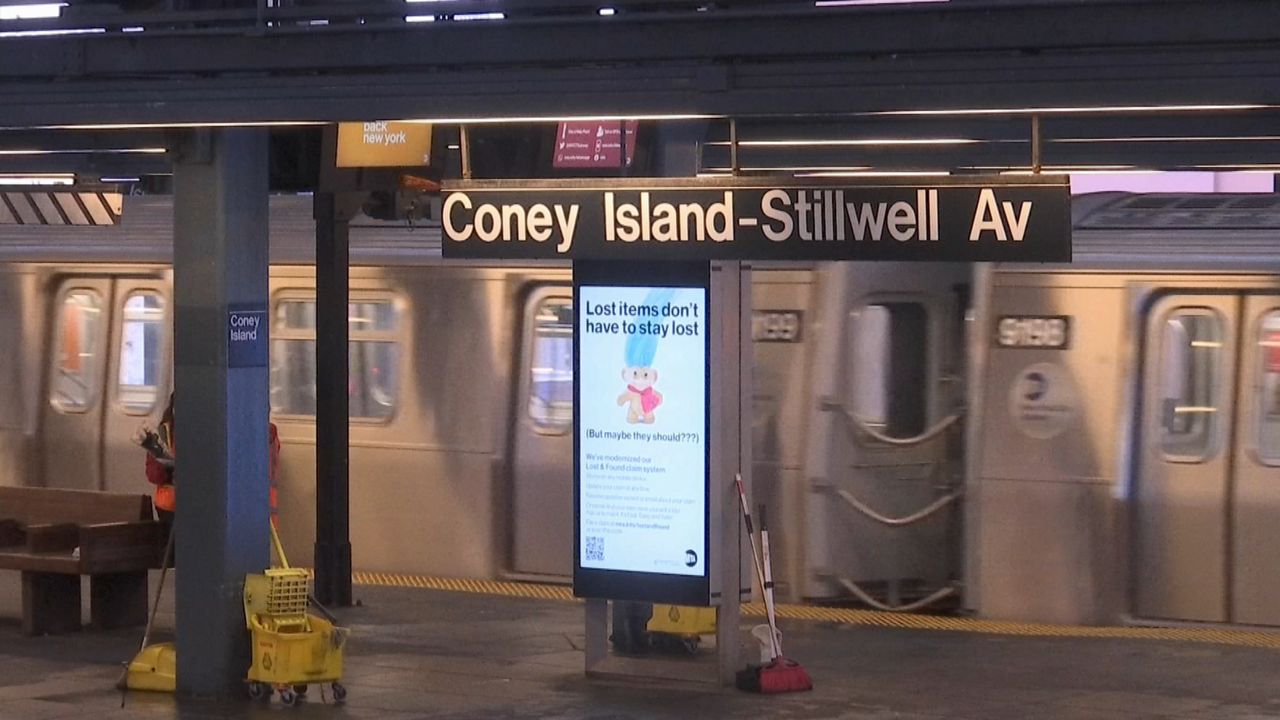 Inside look at how future MTA workers train for the rails

NEW YORK — On training day at the MTA, future train operators will get hands-on experience working the controls of a train, preparing to one day be responsible for safely transporting thousands of daily subway riders.

"Today you'll be seeing these future train operators, what we call operating down the road in non-customer service — making station stops, and basically we're preparing them for what they're going to have to be doing in the near future," MTA Train Service Supervisor Frederick Griffin said.

The MTA is ramping up hiring to end a staffing crunch caused by a hiring freeze, in place before the pandemic, and a wave of retirements. COVID-19 continues to compound the problem

"Obviously riding the trains every day, it's intriguing, so I figured, might as well get in the front and see how it is," Dallas Corbin, a trainee, said.

Corbin is among hundreds of new recruits at the MTA. She is already familiar with what it takes to become a train operator — her sister is one.

Corbin came to the MTA after serving nearly a decade in the United States Air Force.

"It gives you those core values, it gives you that discipline, and it toughens you up a bit," Corbin said. "So you can be a tough cookie and kind of survive the environment here."

It is a tough job; crews need to learn about safety protocols, track signals, train speeds and braking.

"People just think, 'Oh, you're just moving a train, you're just opening and closing doors,'" Griffin said. "It's way more than that."

MTA officials are trying to fill these jobs as fast as possible.

The train crew crunch is resulting in canceled trips and delays, resulting in apologetic Twitter posts from transit employees that say, "We're running as much service as we can with the crews we have available."

In December, the staffing problem led to 632 delayed trains every weekday, making up 40% of all train delays. During the omicron surge, the MTA had to suspend on the B, W and Z lines, which are now back in service as of this week.

While open positions at the MTA means delays for riders, it's an opportunity for Josiel Hidalgo.

"I've been thinking about trains since I could remember, since I was four, five, six," Hidalgo said. "I know my mom, she's like, 'I wanna be on your first train ride.'"

These trainees are among the 400 train operators and 400 conductors hired last year. Most of them are still in training.

The hiring will continue, with another 230 train operators and 100 conductors in the next few months.