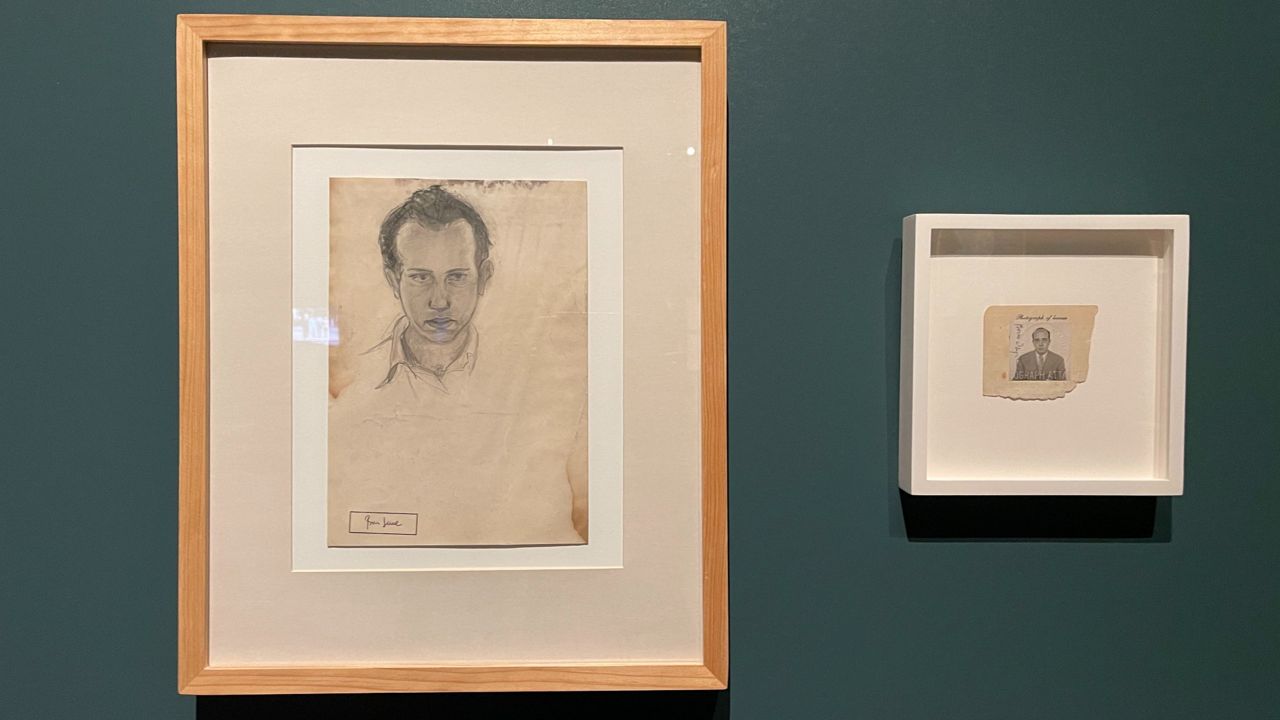 Two pieces showcased in the "Boris Lurie: Nothing To Do But To Try" exhibit. (NY1/Justine Re)

Art exhibit explores the life of a Holocaust survivor

NEW YORK — Through each painting and with every brushstroke, Boris Lurie's life story is told on the walls at the Museum of Jewish Heritage – A Living Memorial to the Holocaust. Sarah Softness curated the exhibit showcasing his work.

Before he died, the Holocaust survivor's legacy was preserved in his artwork.

Nazi occupation began for Lurie and his family when he was 16 and growing up in Latvia. The Nazis killed his grandmother, sister, girlfriend and mother. One of his pieces honors his mother.

Another piece is called "In Concentration Camp."

"It gives a deeply haunting quality of what it must have felt like to be just a number inside of a system," Softness said as she viewed the painting.

The exhibit is called "Boris Lurie: Nothing To Do But To Try." Softness explained that mantra, which the self-taught artist lived by until he died in 2008.

And that is exactly what he did. He made a new life for himself in New York City after being liberated from a concentration camp in 1945. He took pride in working as an artist in the city.

Softness explained the importance of learning about Holocaust survivors year-round, and not only on "Holocaust Remembrance Day." Lurie's work is a vehicle to do that.

"His artwork is that visual testimony, leaving a legacy we can pick up and understand for generations to come,"  Softness said.