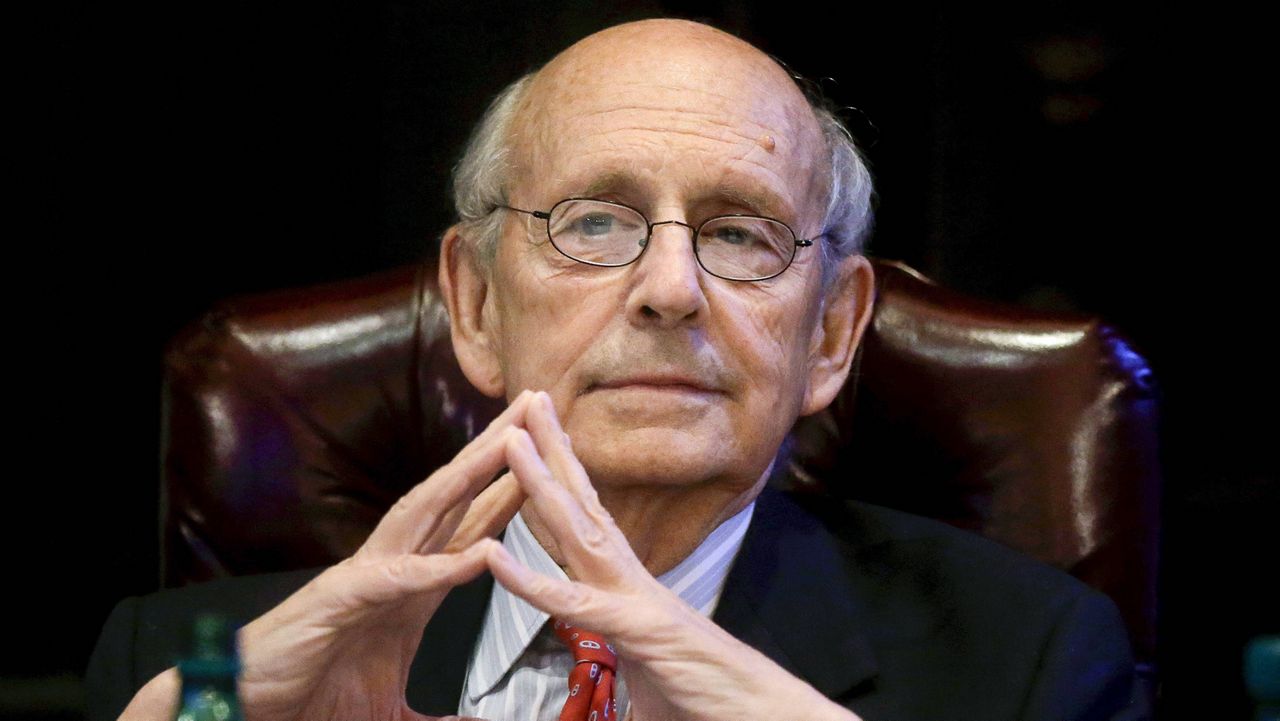 Supreme Court Justice Stephen Breyer will retire at the end of the court's current term, giving President Joe Biden a crucial opportunity to shape the highest court in the land.

Breyer, 83, is the high court's oldest justice, and a key member of its liberal wing. Breyer was first nominated to the Supreme Court in 1994 by Bill Clinton, and in an ironic twist, Biden, as a U.S. Senator, presided over his confirmation hearings as the chair of the Senate Judiciary Committee.

His retirement was first reported by NBC News. Breyer made the news official Thursday in a letter to President Biden shortly before a White House event announcing his retirement.

"I intend this decision to take effect when the Court rises for the summer recess this year (typically late June or early July) assuming that by then my successor has been nominated and confirmed," Breyer said of his timing.

"I enormously appreciate the privilege of serving as part of the federal judicial system," he continued, referencing his 14 years as an appeals court judge before his 28-year tenure on the Supreme Court. "I have found the work challenging and meaningful. My relations with each of my colleagues have been warm and friendly."

"Throughout, I have been aware of the great honor of participating as a judge in the effort to maintain our Constitution and the rule of law," he concluded.

Breyer has faced calls to retire by a number of progressive members of the Democratic party, especially in the wake of Biden's predecessor Donald Trump nominating three conservative justices to the bench – including tapping Justice Amy Coney Barrett to replace liberal Justice Ruth Bader Ginsburg just weeks before the 2020 election.

"It is a relief that President Biden will get the opportunity to choose the next justice on the Supreme Court while the Senate is in Democratic hands," Brian Fallon, the executive director of Demand Justice, a progressive group aimed at reforming the court, said in a statement. "Justice Breyer’s retirement is coming not a moment too soon, but now we must make sure our party remains united in support of confirming his successor."

"Confirming Justice Breyer’s successor will not break the Republican chokehold on the Supreme Court and it is not a substitute for structural reform, but it will break an important barrier and bring needed diversity to the Court," Fallon added.

This retirement marks Biden's first, and possibly only, opportunity to shape the makeup of the high court. Senate Minority Leader Mitch McConnell said last year that should Republicans retake control of the Senate, it would be “highly unlikely” that a Supreme Court nominee picked by President Joe Biden would be confirmed in 2024.

He was also noncommittal about allowing a Biden nomination in 2023, a year before the election. McConnell's remarks evoked echoes of his actions in 2016, when he blocked President Barack Obama's nomination of Merrick Garland.

Speaking from his home state of Kentucky on Wednesday, the Minority Leader downplayed questions on whether Republicans would attempt to block Biden's nominee, citing that Breyer hasn't made a formal announcement yet and "we don't know who the nominee is yet."

"President Biden’s nominee will receive a prompt hearing in the Senate Judiciary Committee, and will be considered and confirmed by the full United States Senate with all deliberate speed," Schumer said in a statement.

Justice Breyer has served his country with the highest possible distinction

His work and decisions on the biggest issues of our time—including voting rights, environment, women’s reproductive freedom, ACA—were hugely consequential

America owes him an enormous debt of gratitude pic.twitter.com/VvRT3R8UnN

"For virtually his entire adult life, including a quarter century on the U.S. Supreme Court, Stephen Breyer has served his country with the highest possible distinction," Schumer said, heaping praise on the longtime justice for his work to defend women's reproductive freedom, health care and the Affordable Care Act, the environment and voting rights.

"With this Supreme Court vacancy, President Biden has the opportunity to nominate someone who will bring diversity ,experience and an evenhanded approach to the administration of justice," Judiciary Chairman Dick Durbin, D-Ill., said. "I look forward to moving the President’s nominee expeditiously through the committee."

On the campaign trail, Biden pledged to nominate a Black woman to serve on the Supreme Court, a first in U.S. history. There have only been five women to serve on the high court in its history, and three are currently on the bench: Barrett, Elena Kagan and Sonia Sotomayor, the court's only woman of color.

"If I’m elected as president and have the opportunity to appoint someone to the courts, I’ll appoint the first Black woman to the Court," Biden said in March of 2020. "It’s required that they have representation now — it’s long overdue.”

At a press briefing on Wednesday, White House press secretary Jen Psaki said that Biden is still committed to naming a Black woman to the high court.

"The President has stated and reiterated his commitment to nominating a Black woman to the Supreme Court and certainly stands by that," Psaki said, without elaborating further or offering any other comment on Breyer's retirement.

Biden's numerous judicial nominations have been made with an eye toward diversity, including naming more Black women to circuit courts than any of his predecessors.

"We are putting together a list of a group of African American women who are qualified and have the experience to be on the court," Biden said in June of 2020, but did not elaborate on who might be on his list.

Ohio Sen. Sherrod Brown told Spectrum News that he predicted Biden "will choose a mainstream, respected jurist" that will garner bipartisan support, making for a relatively easy confirmation process. "I think there will be some Republican yeses and I think there will be overwhelming Democratic support.”

GOP Sen. Lindsey Graham of South Carolina appeared to bemoan the fact that Democrats will not need the support of Republicans in order to confirm Biden's eventual nominee.

"If all Democrats hang together – which I expect they will – they have the power to replace Justice Breyer in 2022 without one Republican vote in support," Graham said. "Elections have consequences, and that is most evident when it comes to fulfilling vacancies on the Supreme Court."

It's worth noting that Graham was one of just three Republicans who voted to confirm Jackson as a circuit judge last year.

Texas Sen. John Cornyn urged Biden to "honor the legacy of Justice Breyer and nominate another experienced jurist who respects the current structure and limited role of the Supreme Court," adding: "Whoever the President nominates will be treated fairly and with the dignity and respect someone of his or her caliber deserves, something not afforded to Justice Kavanaugh and other Republican nominees in the past."

"I'm hopeful we will confirm a justice who reflects the people and values of our country, and who will defend our reproductive rights, voting rights, and civil rights," said New York Sen. Kirsten Gillibrand.

Born in San Francisco, Breyer attended Stanford, Oxford and Harvard Law School before clerking for Supreme Court Justice Arthur Goldberg. He also worked for the Justice Department's antitrust division, an assistant special prosecutor on the Watergate Special Prosecution Force and as a lawyer for the Senate Judiciary Committee before his nomination to the U.S. Court of Appeals in the waning days of Jimmy Carter's administration.

Clinton considered him initially to replace Justice Byron White in 1993 before eventually tapping Ginsburg for that appointment. Upon the retirement of Harry Blackmun in 1994, Breyer was ultimately Clinton's pick for the bench.

Breyer was long hailed as a seeker of consensus and compromise on the high court, as well as a quick-witted and upbeat questioner during arguments.