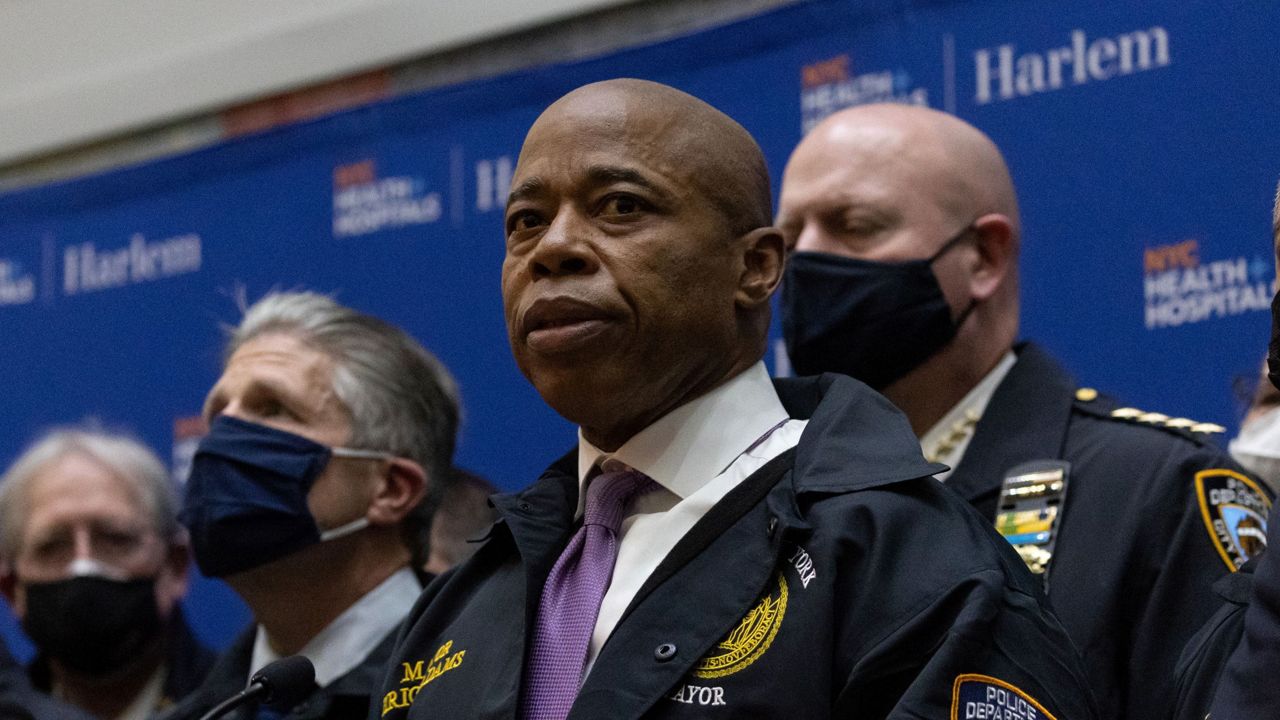 The plan is a mixed bag of proposals that call for increased policing, controversial changes to state law and the creation of longer term solutions like a jobs programs for young New Yorkers and the expansion of New York City’s Crisis Management System.

Tina Luongo, attorney in charge at the Criminal Defense Practice at the Legal Aid Society, said some of the mayor's proposals include much of what advocates have been asking for in recent years, but there is a concern that Adams is also placing a high premium on deploying the NYPD into communities experiencing violence and that it may lead to an erosion of the criminal justice reforms that have been secured in recent years.

"Some of this plan is actually rooted in all the right things that should happen in response, the recognition that gun violence is a public health crisis, investment in communities, investment in jobs for young people, looking at the foster care system," Luongo said. "All of that is critically important and front and center to really address those root causes."

But advocates remain skeptical and over the next few weeks, Adams will have to provide the specifics and maybe even convince his would-be opponents.

"For something that is supposed to be implemented in the next three weeks? It seems like actually we need a lot more detail," Pierre said.

Adams will have to explain just how and how much the city will pay for some of his proposals. Perhaps most importantly, the mayor will have to provide evidence that some of the old policing tactics he wants to bring back can be used without putting the safety and constitutional rights of New Yorkers at risk.

"Mayor Adams is trying to have it both ways. He wants to give you the summer youth employment program, but also he wants to bring back anti crime," Pierre said. "It's going to really be important for Mayor Adams to look at what are solutions that are going to work for entire communities as opposed to trying to divide people and say, ‘These folks deserve resources and these folks deserve to be incarcerated.’”

On Tuesday, Adams spent his morning doing a round of morning show interviews, defending his proposals on national television, including his plan to bring back the anti crime unit.

"We are going to learn from the past so we don't repeat the past," Adams said. "We will never use under my administration any abusive targeting tactics that goes after people based on their ethnicity and where they live.”

Advocates worry some of the recently accomplished reforms might be undone as the new administration rushes to respond to the increase in gun violence.

"There is this other part of the plan that is really misguided at a moment that if done, actually undoes some of the incredible reforms that have actually happened to make the criminal system more fair while not jeopardizing public safety," Luong said.

And there is also the question of perception and reality on of the mayor's key proposals, which asks state lawmakers to consider making changes to the state's Raise the Age law to allow prosecution of youth offenders in criminal court.

"The goal is to say, ‘If you are caught with a gun in this city, you are going to go to criminal court, you're not going to family court,’” Adams told reporters on Monday shortly after releasing his plan.

The fact is, as currently written, the law already allows for cases of gun possession to be retained and prosecuted in the adult court system.

"The prosecutor could object to removing cases to the family court, there are also by nature charges that can’t be removed," Luongo said.  "All of that was done to achieve two things, children are children and you have to approach the need for programs and services from that lens, and also ensuring public safety. So it is disheartening that at this moment we are hearing that more children are going to be prosecuted in adult court, it's not going to change things."