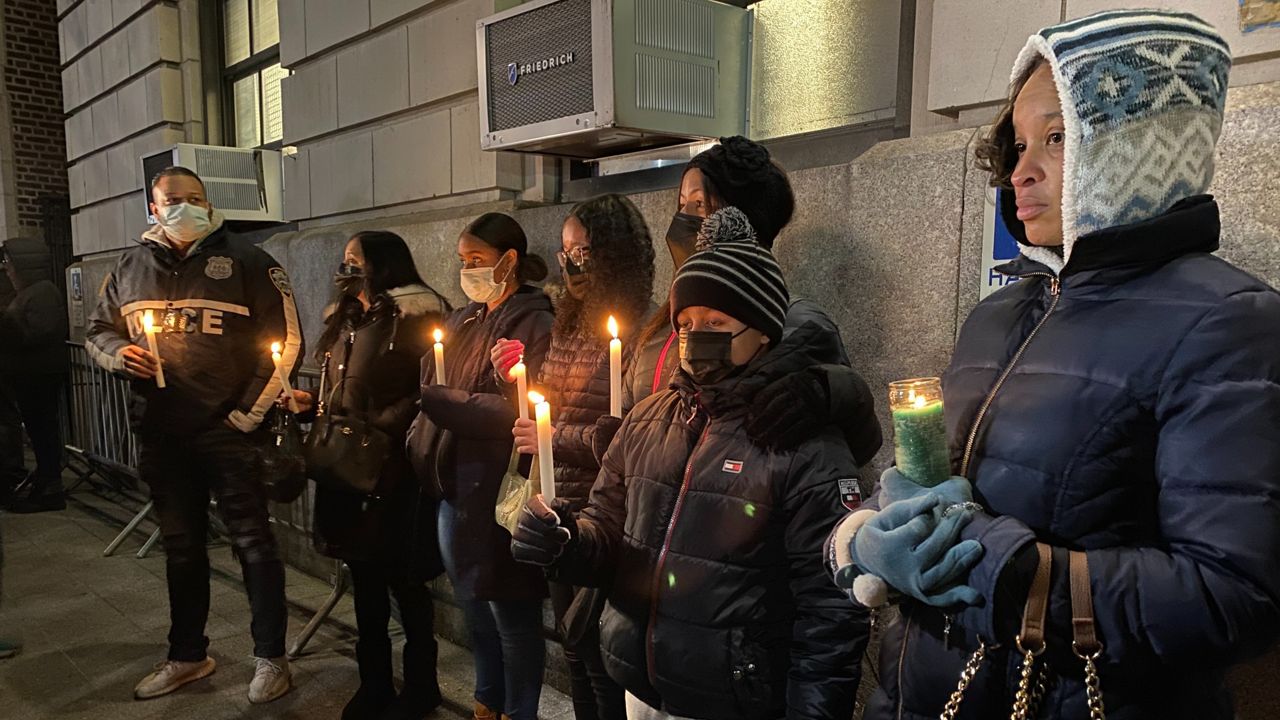 People gather at a vigil at the 32nd Precinct to mourn Jason Rivera, an NYPD officer who was fatally shot on Friday while responding to a domestic call, Saturday, Jan. 22, 2022. (NY1/Arnold Davick)

NEW YORK — The Harlem street in front of the 32nd Precinct station house was filled with community members, NYPD officers and religious leaders of every faith Saturday night.

They all prayed together for the family of NYPD officer Jason Rivera, who was killed Friday night, and for the second officer, Wilbert Mora, who continues to fight for his life in the hospital.

“They are putting their lives on the line for a city and a country that they love,“ said Mayor Adams who joined the crowd on W. 135th Street.

The mayor said the violence the city saw Friday night was unacceptable.

“This is a fight. Violence against New Yorkers — that’s the battle we’re in right now," said Adams. "We’re in a battle with a small number of people that believe they will hold our city hostage with violence. That will not happen.”

Many friends and loved ones of 22-year-old Rivera lit candles as they remembered him. The crowd prayed for his family and for 27-year-old Mora.

“Father, we thank you for that officer fighting for his life," said Bishop Eric Figueroa of the New Life Tabernacle Church. "We pray dear God you will dispatch angels around his bedside to do duty to preserve his life."

Leaders at the vigil said gun violence needs to stop, adding that it can only be done with the help of New Yorkers.

The mayor vowed to make the city safe. He said the only way to accomplish that is to work with the police department.

“I have the backs of my police officers," said Adams. "And I want to be clear on that."