Dozens of people gathered on Friday morning in East Harlem to honor Yao Pan Ma, the 61-year-old man who died on New Year’s Eve from injuries he sustained during an attack last spring.

It was held on the corner of East 125th Street and Third Avenue, the intersection where Ma was brutally beaten last April as he was collecting cans, according to police.

“Our Asian American community, especially women and seniors, are feeling very vulnerable,” said Shirley Ng from the Asian American Legal Defense and Education Fund. “There always seems to be another Asian being randomly attacked.”

“We are all one, the AAPI community and the Black community, standing together against hate,” said Bragg.

“We can easily stand side by side. I mean, that's how we live every day with each other,” said Eva Chan, a member of Community Board 11. 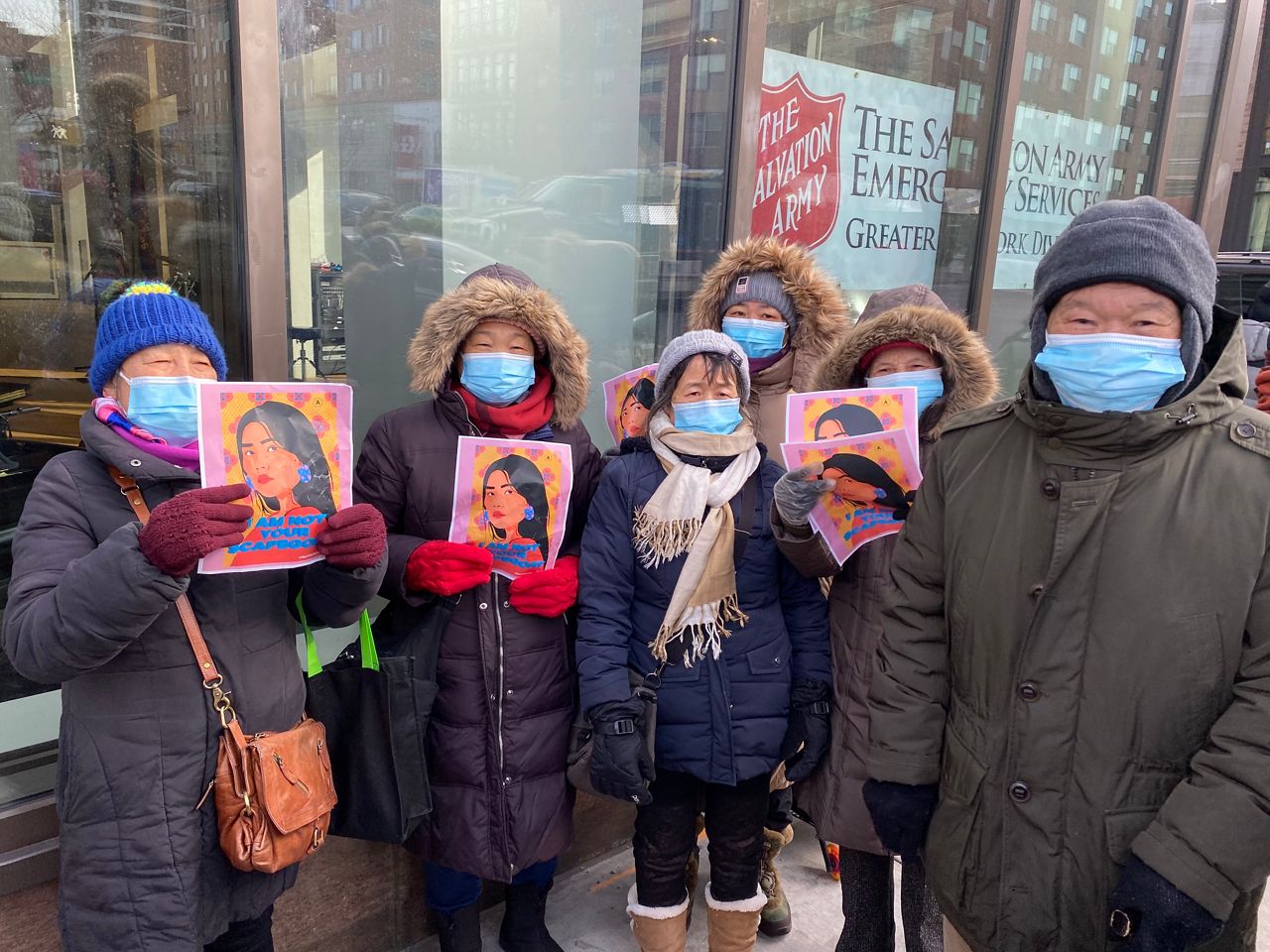 Ma’s death comes as the city has seen a surge in anti-Asian hate crimes during the pandemic, according to NYPD.

Anti-Asian incidents increased by 343% to 133 in 2021 compared to 30 incidents the previous year, according to police.

Following the incident, the man accused of attacking Ma, Jarrod Powell, 49, was charged with attempted murder and assault as a hate crime.