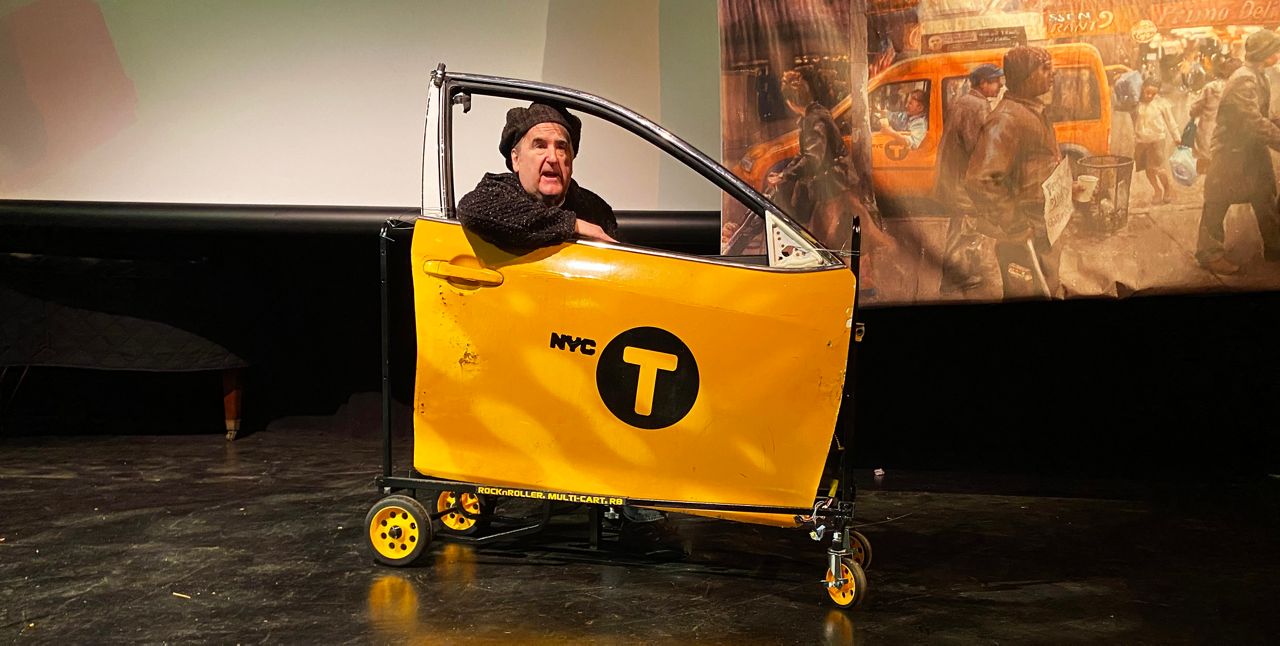 NEW YORK — Veteran yellow cab driver John McDonagh remembers the checker cab he drove when he first became a cabbie back in 1977.

McDonagh, who is also a WBAI Radio Host, is performing the show over the weekend at Theatre 80 St. Mark's in the East Village, which is in danger of closing after 57 seven years of performances. Proceeds from ticket sales will go towards helping keep the doors open.

Once a speakeasy and jazz club, owner Lorcan Otway's father Howard, an actor, writer and producer, transformed the place into an off-Broadway theater in 1964. 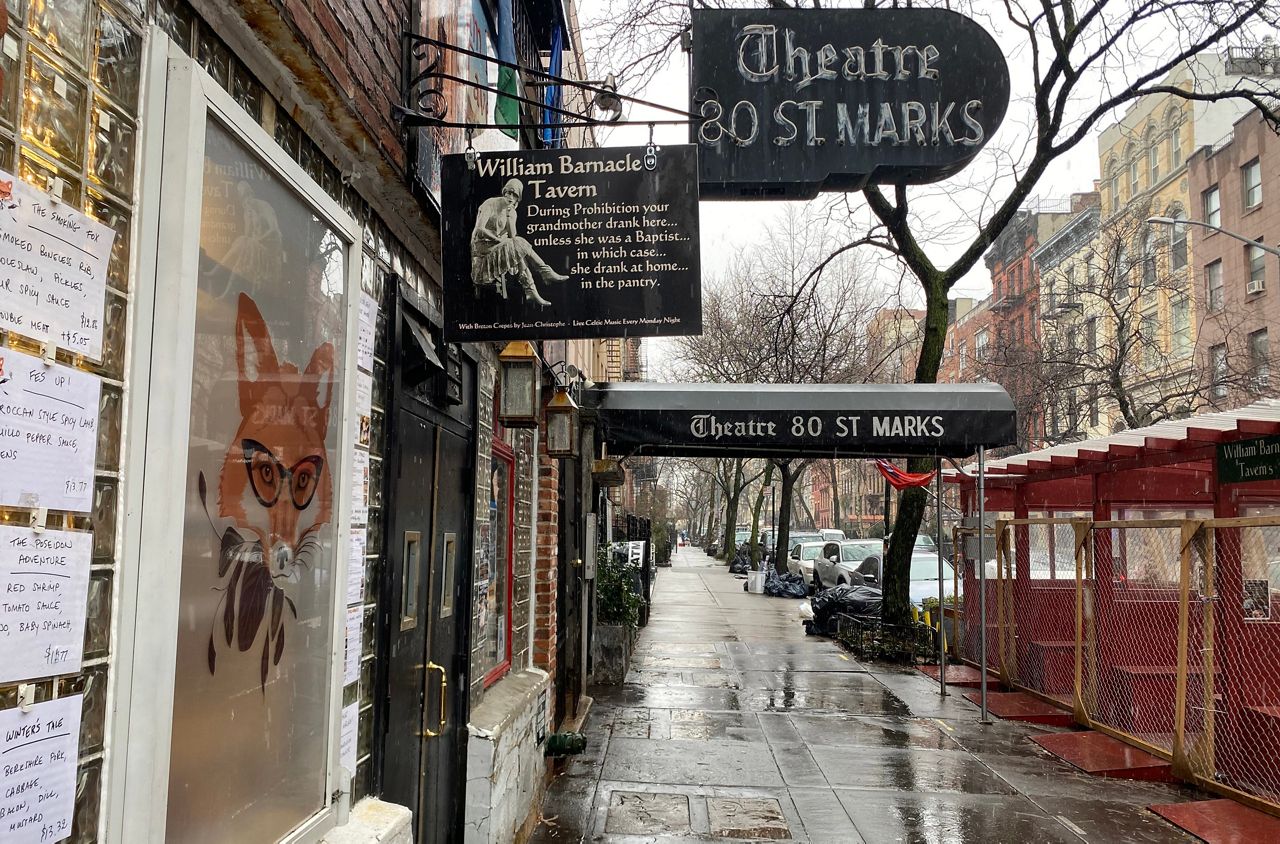 The complex is also home to the William Barnacle Tavern and The Museum of the American Gangster, not to mention home for Otway and wife Genie.

The once thriving businesses were devastated by COVID-19 shutdowns and a mortgage taken out pre-pandemic went into default. The Otways are trying to prevent a company that purchased the debt from selling the property.

"Which is our only income,” said Otway, who is appealing to Governor Kathy Hochul to give them a low interest loan. “Not a hand out, but to be put in the same position we were in before the shutdown."

Councilwoman Carlina Rivera grew up in the neighborhood and attended performances at Theatre 80 as a teen. She says saving the theatre is a key part of preserving the city's cultural history.

"We want to make sure that the city agencies are responding, that this place can remain as is, that we preserve it, what it looks like, and we are also going to need financial support from all levels of government,” said Rivera.

Otway said that the theater has been the start of many careers over the years including actors like Gary Burghoff of MASH fame and Bob Balaban.

“At the end of the day, no matter where you live in New York State, you benefit from New York theaters,” said Otway.

To get tickets to see "Off the Meter," visit https://www.origintheatre.org.