Flowers and candles were placed outside the 32nd Precinct to honor two officers who were shot in Harlem Friday night. (NY1/Gabriel Lugo Ortiz)

NYPD: One officer killed, another in critical condition after being shot in Harlem

NEW YORK — An NYPD officer is dead and another is in critical condition after they were shot in Harlem Friday evening, police officials said. 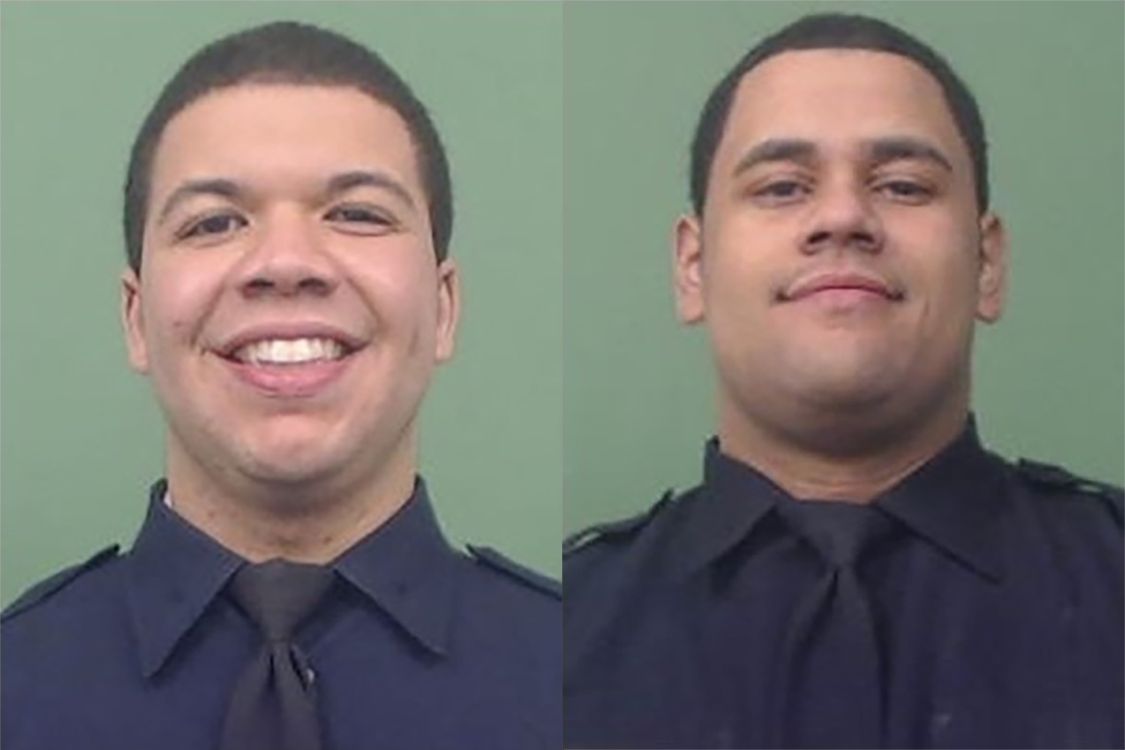 Tonight, we mourn the loss of a hero officer — a son, husband, and friend. Only 22 years old, Police Officer Jason Rivera was murdered in the line of duty. We vow to #NeverForget Jason as his fellow Finest vow to honor his tremendous legacy of service & the ultimate sacrifice. pic.twitter.com/5zsx45XiM4

According to the Associated Press, Rivera joined the force in November 2020, and Mora has been with the NYPD for four years.

Police officials said the shooting happened at around 6:15 p.m. Friday, after three NYPD officers were called to an apartment at 119 West 135th Street for a family dispute.

According to NYPD Chief of Detectives James Essig, two of the responding officers were headed for the back bedroom of the apartment when the suspect opened the door and fired numerous shots at both of them. 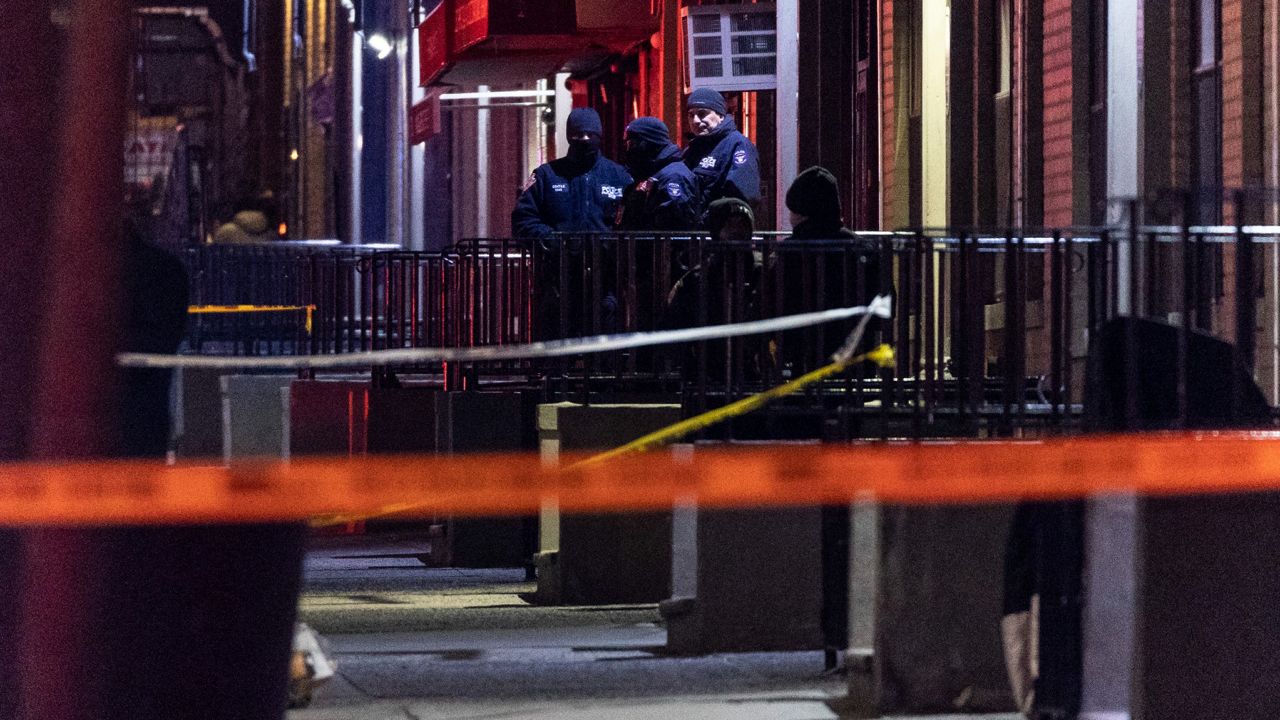 New York Police officers are seen at the scene of a shooting in Harlem on Friday, Jan. 21, 2022, in New York. A New York police officer was killed and another critically wounded while answering a call about an argument between a woman and her adult son, officials said, making four officers shot in the city in as many days. (AP Photo/Yuki Iwamura)

The third officer at the scene was not shot, according to police. Essig said that officer shot the suspect in the head and arm when he tried to escape.

The suspect is alive and hospitalized in critical condition, the NYPD said Saturday morning, correcting earlier reports that he had been killed. Officials did not take questions at the hospital press conference.

Essig identified him as 47-year-old Lashawn McNeil, and said he had five prior arrests, including a felony drug conviction in New York City in 2003, and an arrest for assaulting a police officer in Pennsylvania in 2002. Essig said McNeil was on probation for the 2003 conviction.

A glock-45 high-capacity magazine that can hold up to 40 additional rounds was recovered at the scene, according to Essig, who said the gun was stolen in Baltimore in 2017.

Below is a picture of the gun used to shoot our officers. pic.twitter.com/TkcMR2tr83

“I am struggling to find the words to express the tragedy we are enduring. We’re mourning and we’re angry — the NYPD, New York City, all of us,” Sewell said.

“Our department is hurting. Our city is hurting. It is beyond comprehension. I am not sure what words, if any, will carry the weight of this moment and what we are feeling,” she added.

Adams called for the city to come together in a united front against violence.

“We are not going to win this battle by dividing lines between us. We must save this city together. That is what we must do,” the mayor added.

The mayor asked officers not to give up on the city, and he again called on lawmakers to stop the flow of guns into the five boroughs.

Lynch called on New York City residents to stand by and support the NYPD.

“We’re asking, we’re humbly asking to come out and help us,” Lynch added.

Effective immediately, ⁦⁦@NYCMayor⁩ has ordered all flags on all NYC buildings, as well as stationary flagstaffs throughout the five boroughs, to be lowered to half staff to honor fallen NYPD Officer Jason Rivera. pic.twitter.com/JTjdLS0SFT

The mayor on Saturday ordered all flags on city buildings to be flown at half-staff to honor Rivera, Adams' press secretary said.

Adams then visited the 32nd Precinct in Harlem, where the three officers who responded to the domestic call were assigned.

Mayor Adams arrives to the 32nd precinct with students and young men from Harlem. Here to support the officers after one of them was killed and another one critically injured last night. @ny1 pic.twitter.com/UF7PUE28Az

President Joe Biden on Saturday said in a tweet that he and first lady Jill Biden were "saddened to hear two NYPD officers were shot last night — one fatally."

"I just want to love and pray and hug the family, and let them know that people of faith are with them, and that fear is useless," Dolan said as he was entering the hospital. "What is needed is trust as Jesus told us."

In a letter Rivera sent to the commanding officer of the Police Academy when he was still a probationary police officer in November 2020, Rivera said he “knew this was the career for me.”

“I would be the first person in my family to become a police officer,” he went on to say. “Coming from an immigrant family, I will be the first to say that I am a member of the NYPD, the greatest police force in the world.”