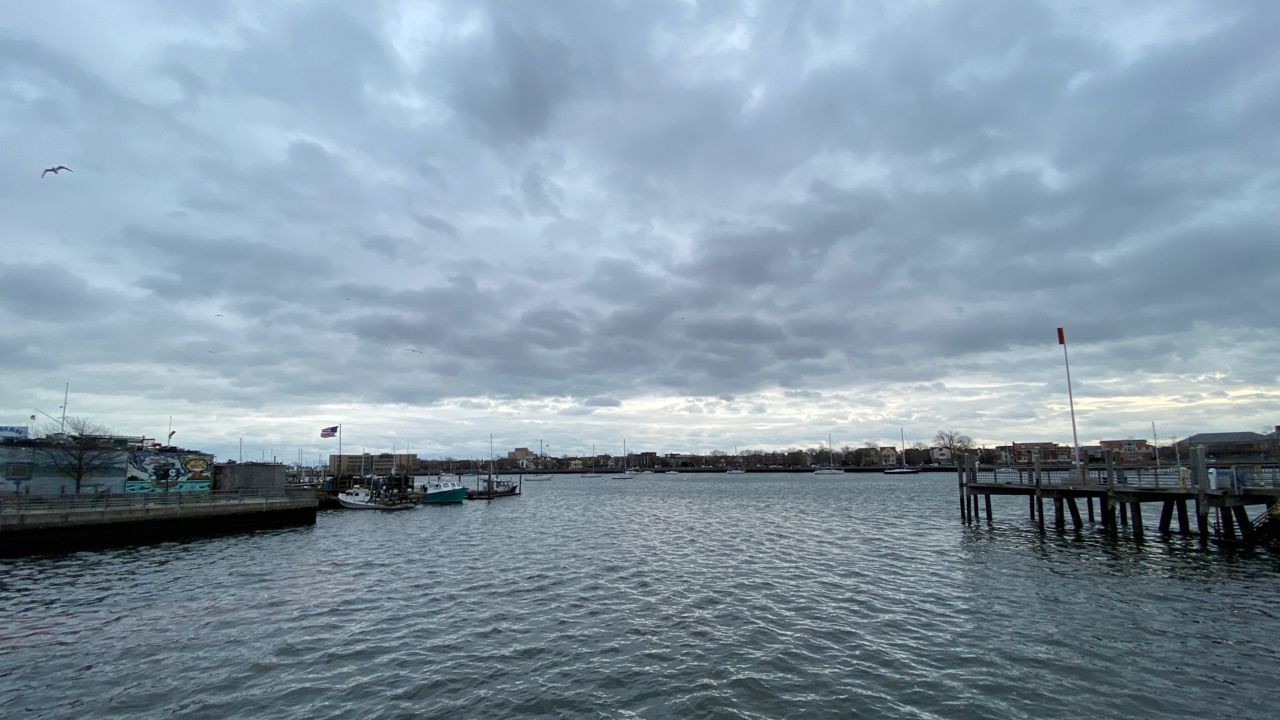 Sheepshead Bay in Brooklyn after a winter storm blew through the city. (Spectrum News NY1/Rebecca Greenberg)

An unusual sight along Sheepshead Bay stopped some residents in their tracks Monday.

"We were wondering how did that small boat get through that small space," said Mimi Paris, who was on her way to Brighton Beach when she noticed an empty boat on the pier.

The boat, appropriately named "Oh Baby," blew all the way from the Sheepshead Bay Yacht Club to Holocaust Memorial Park, nearly one mile down the bay.

"I feel sorry for the guy," said Paris. "There were really a lot of heavy winds and rain last night."

Another boat arrived a few hours later to retrieve "Oh Baby." The yacht club told NY1 this was the second boat they had to bring back on Monday.

Wind gusts neared 60 miles per hour in parts of the city, causing some mild damage in Brooklyn.

Robert Reed from nearby Gravesend said he woke up to downed tree branches on Monday morning, "I was a little surprised to see that. You hear cars rolling over it this morning, twigs popping. A little worse than I expected to see."

But overall, the winter weather didn't leave much of a mark on the five boroughs.

"It transitioned to rain very quickly," said Department of Sanitation Commissioner Edward Grayson. "We had about half an inch observed on New York City streets before that transition and thankfully it wasn't a blizzard."

The storm did impact high tide in the Bronx and northern Queens. On City Island, tide was a few feet higher than normal. In part because of the weather, but also due to the nearly full moon.

According to Con Edison, hundreds of households lost power across the five boroughs due to the storm. But a spokesperson told NY1 outages would've been much more widespread had temperatures remained below freezing.