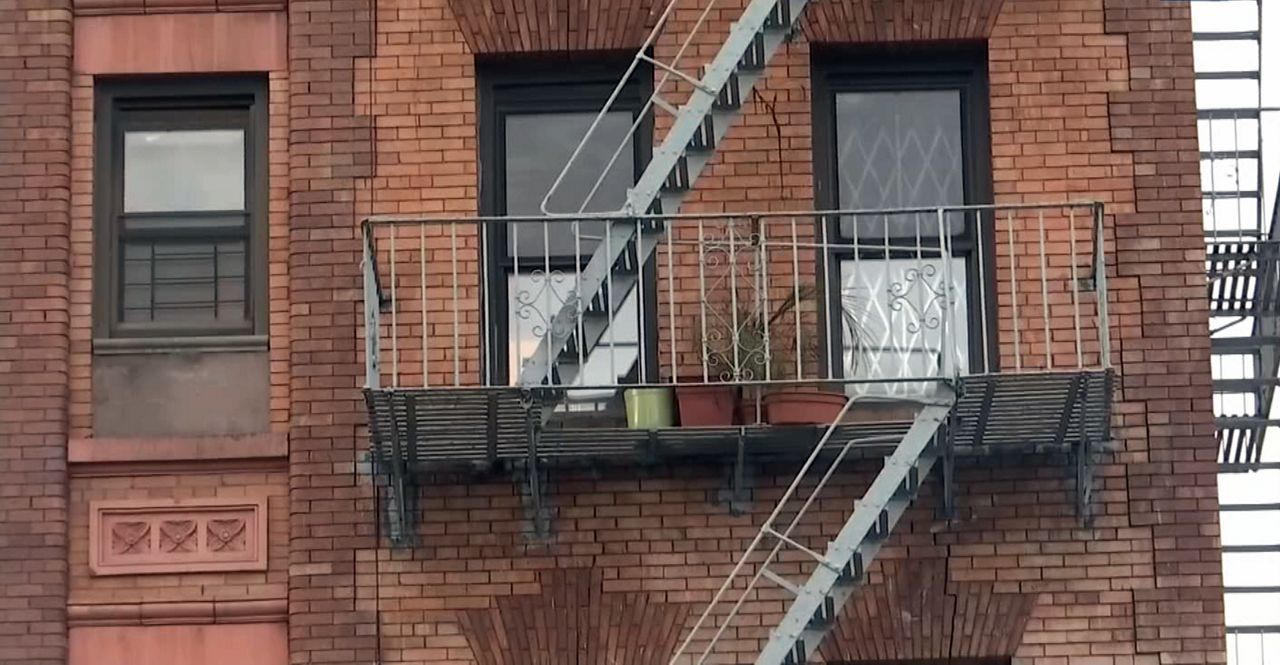 NEW YORK — Marlene Barnes worked as a home health aide for 28 years, but lost much her of her livelihood when the pandemic began.

“I was lucky to just get cases, but you just don’t get enough hours to live," she said.

Barnes has lived at the Louis Heaton Pink Houses in East New York, Brooklyn for nearly a decade. Last year, she was $11,000 behind on her rent. Barnes managed to shave that number down to $3,000 – about five months worth. But she’s had to make some difficult choices in recent months.

“I had to make a decision between having a roof over my head or seeing my doctor on the regular," Barnes said.

Barnes isn’t the only one concerned with keeping a roof over her head. On Saturday, the state’s eviction moratorium expired, leaving an estimated 200,000 households in limbo. Tenants are now urged to apply for rental assistance – something Barnes said she did back in June.

“I get a text on November 4 saying you live in subsidized housing and you won’t be considered until more funding is available," said Barnes. "You should’ve told me that on June 13th when I applied. Why did you wait that long?”

Tenant rights activists say rent relief is not enough, especially because New York landlords can evict anyone for any reason.

“People have applied for the Rental Assistance People have filled out the hardship declaration forms and yet, the rug is being ranked out from under them," said Genevieve Rand, the Housing Manager at Citizen Action of New York.

She says Governor Kathy Hochul and the state legislature are failing to protect at-risk New Yorkers.

“The eviction moratorium has been allowed to expire without passing any sort of permanent protection that can protect all of these people from their landlord taking them to court and saying, ‘I don’t even need a reason to evict this person because I can do a no cause eviction,'" said Rand.

That's why Rand and other activists are calling on the state to pass the Good Cause Eviction Bill, which would prevent landlords from removing any tenants without an order from a housing court judge.

“We have 100 legislators co-sign on the bill, ready to vote for it and it’s the leadership of the legislature in New York that’s preventing that from happening," said Rand.

Governor Hochul has declined to say if she supports the Good Cause Bill, but last week, she said that she and state lawmakers were discussing next steps.