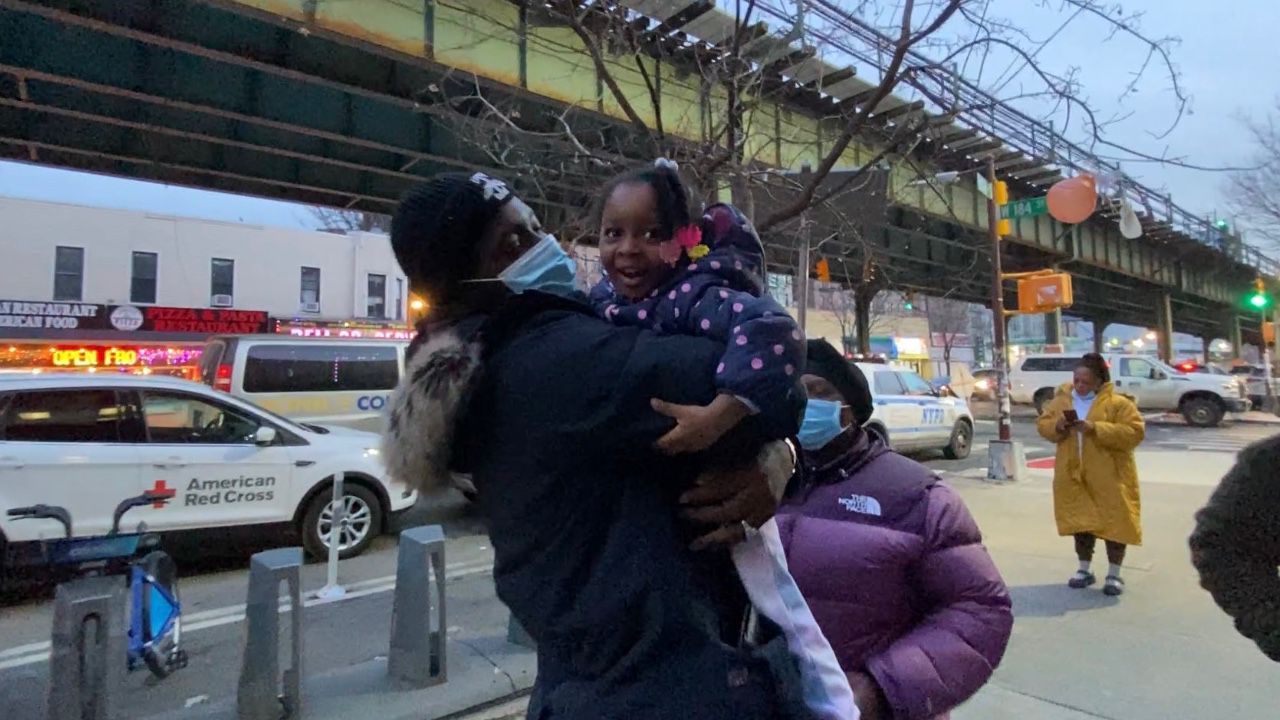 Mahamed Keita embraces three-year-old Kween Wood days after carrying her safely down nine flights of stairs from a burning building in the Bronx, shielding her face from the thick black smoke. (Spectrum News NY1/Rebecca Greenberg)

It was a tearful and joyful reunion in the Bronx as 26-year-old Mahamed Keita hugged the little girl he saved from a burning building.

It was the first time Keita saw three-year-old Kween Wood after carrying her safely down nine flights of stairs, shielding her face from the thick black smoke.

“After all the tragedy, this is actually the highlight of everything," said Keita. "I’m just grateful to help.”

Keita was racing down the stairs of the Twin Parks building on Sunday when he ran into Kween's mother, Fatima Wood.

“Me and Mahamed actually bumped into each other and he was like, ‘Do you need help?’ And he grabbed Kween," said Wood.

But as they approached the sixth floor, the smoke was too heavy to bear so Wood went back upstairs, holding her other daughter Dasanii. That's when she realized she couldn't find Kween.

“We was looking for them. We couldn’t find them and then we found them at St. Barnabas Hospital. He was with her the whole time, he never left her side,” Wood said.

Keita risked his life to save the child, by removing his own mask and putting it on her. He was later treated for smoke inhalation at the hospital. 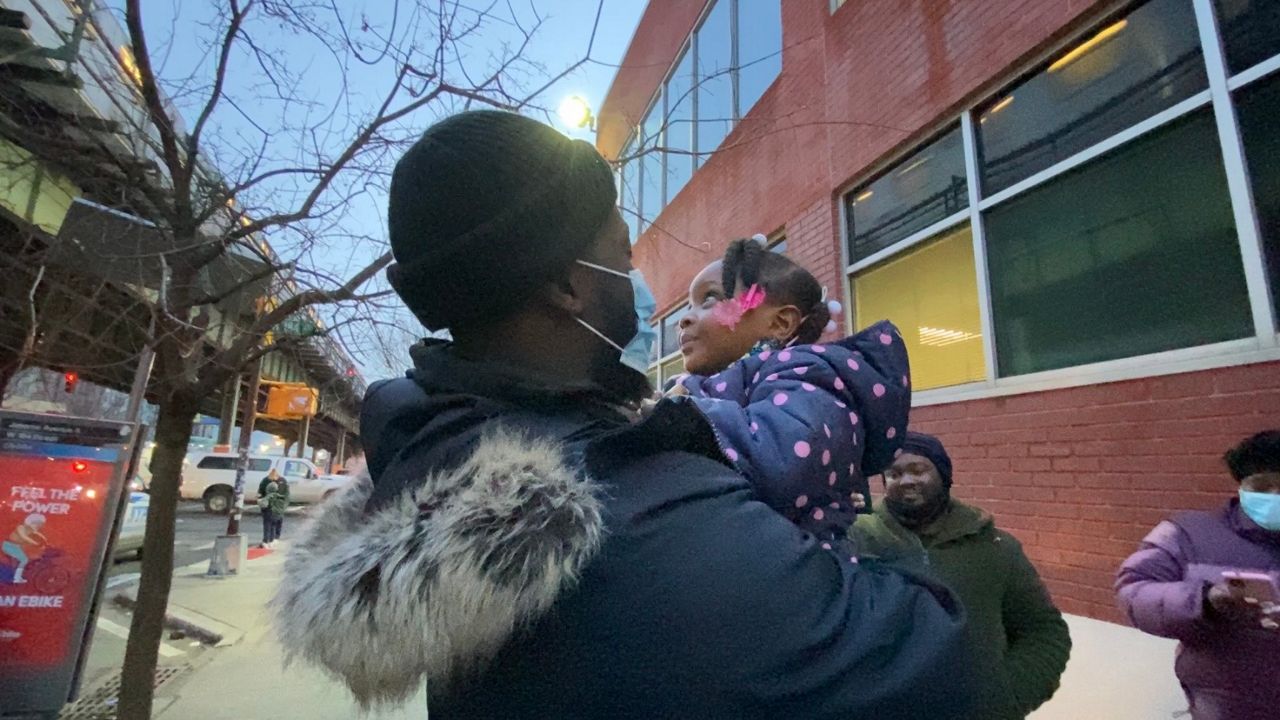 “I didn’t care about myself honestly. She’s a little girl. Only three years old. I can recover quicker than her," said Keita.

For hours, he said he had no idea if Kween's family had made it out of that building alive, “At the hospital, all I was doing was praying, praying, praying to God, hoping that they come out safely. I didn’t know what I was gonna tell her.”

Kween's uncle managed to track her down and returned her to the family. Keita and Wood had been talking over the phone for days, but she couldn't wait to express her gratitude in person.

“I just love him so much and I’m so grateful for him," said Wood. "That’s why I’m so emotional because it’s like this is the first time I’m seeing him since I handed him my daughter in the stairwell."

Although this may be goodbye for now, Keita says he'll never forget holding Kween in his arms again.

“A lot of tragedy, but this was one of the happiest moments since the fire happened. I was glad I was able to help. I'm happy,” Keita said.