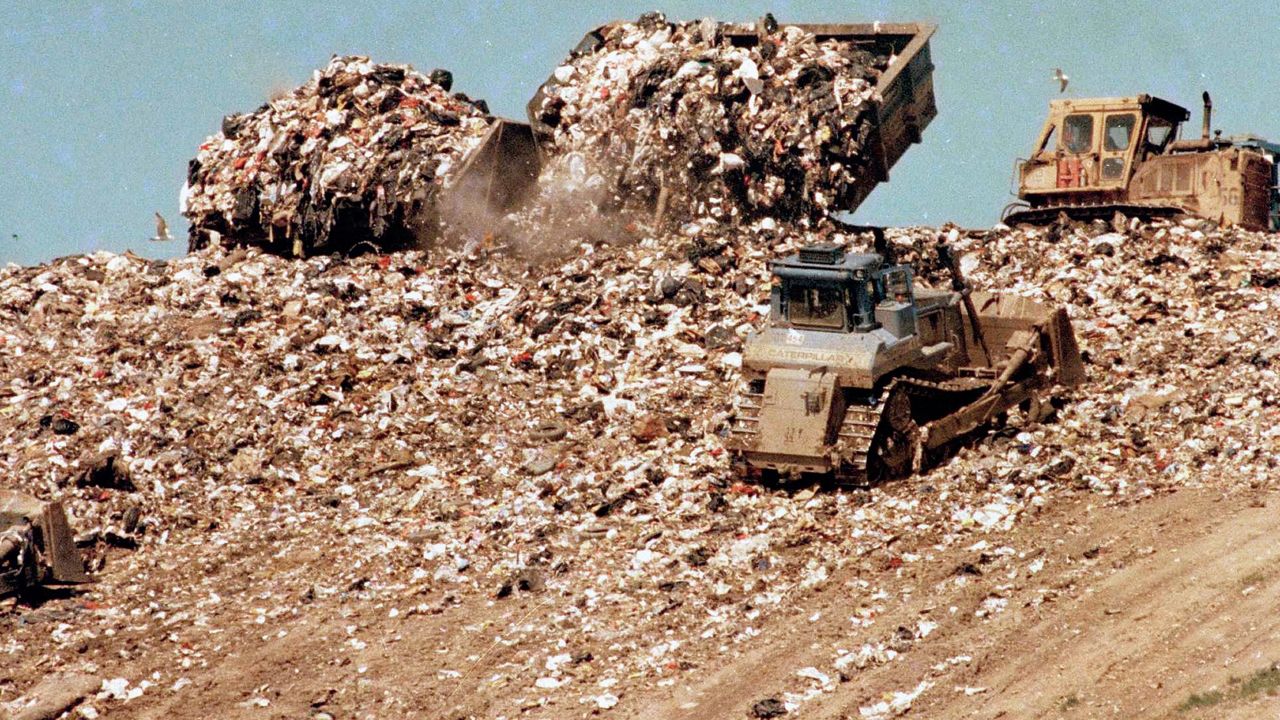 In this May 4, 1989 file photo, garbage is dumped at the Fresh Kills Landfill on the southwest shore of New York's borough of Staten Island. (AP Photo/David Cantor, File)

Robert McFeeley holds on to a picture of his brother, Steven, who passed away in 1993.

After Steven’s death, Robert's family joined in a lawsuit against New York City, alleging the city is responsible for allowing toxic dumping at Brookfield and Fresh Kills landfills. The lawsuit claims its plaintiffs developed blood, bladder, brain and other forms of cancer as a result of living near the landfills.

Robert’s family lived just three blocks away from the site.

“I remember as a child that they’d have fires in here," said Robert McFeeley.

"We would have ashes coming down on our house in the neighborhood," he added.

A nearly 30-year legal battle came to a close in December when the settlement granted nearly $34 million to the families of 32 people who suffered from various cancers.  A third of those did not live to see the settlement, however their families continued to fight.

“It’s opening up all the old wounds again. My mother never really recovered and my father was always angry about what the city had done,” said Robert McFeeley.

Fresh Kills landfill opened in 1948, and by 1955, it had become the largest landfill in the world. In 1996, a law passed to close the landfill, but after the 9/11 terrorist attacks, then-Gov. George Pataki allowed the site to handle materials from the World Trade Center in part of the landfill. Today, it is being transformed into greenspace that will be about three times the size of Central Park once complete.

Fifty-three-year-old Scott Osher lived near the landfill from 1974 until 1991. He said he has survived four different types of cancer since; two of them a rare childhood cancer. Most recently, he battled throat cancer. He, too, is part of the settlement.

“I’m just happy to truly be alive," said Osher. "Two or three months ago, I was almost wishing I was dead — that's how bad the chemo radiation was. We actually played on those mountains in the landfill where we only lived three blocks away.”

“I went way over $2 million in chemos and surgery and stuff like that," said Osher. "I am relieved, and it certainly helps that I don’t spend whatever years I have left broke or in a box.”

Lawyers for the plaintiffs said they brought in experts to examine the cancers.

“In order to prove the case and to prove that the dump and the chemicals that were emanating from the dump caused the plaintiffs cancer and their illnesses, we had epidemiologists to perform a study who looked at the pattern of disease, the pattern of the illnesses in cancers and compared it to people who lived close to the dump versus people who live further away, and it shows that there was an increased likelihood of developing these types of cancers and illnesses if you lived closer to the dump versus living further away” said William Hackwelder, a lawyer at Kuharski, Levitz & Giovinazzo.

In other words, the epidemiologists found that certain chemicals given off by the landfill were suspected or known carcinogens.

The city has not admitted fault.

“Over the years the City has spent hundreds of millions of dollars to ensure that steps were taken to close the various landfills properly so that they would not pose a health threat to communities," a spokesperson from the city’s Law Department said in a statement. "While numerous reports by various levels of government and all the scientific evidence conclude that the Staten Island landfills were not a source of cancer, it was time to end these long standing cases in the best interest of the City.”

Robert McFeeley says no matter the findings, it cannot bring his brother back.

“My brother's room is still the same as he left it," said McFeeley. "His wallet is still there, his clothes. My mother never got over it."