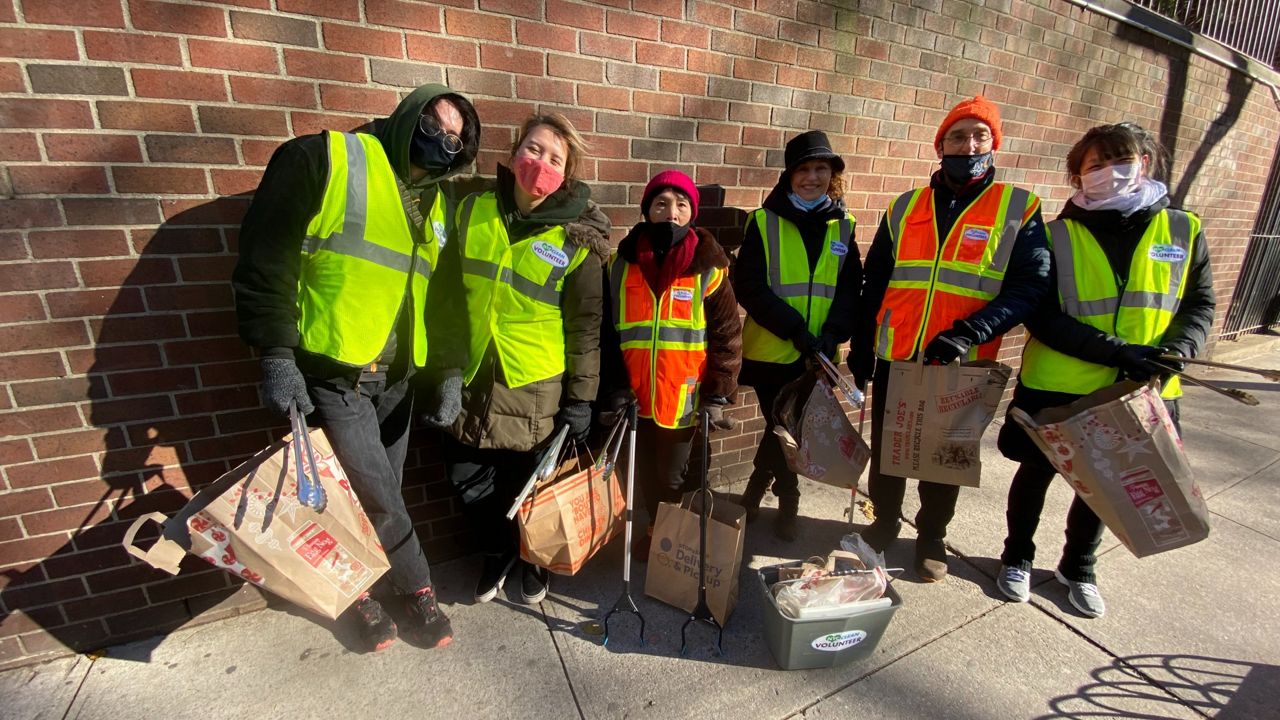 NEW YORK — Ken Gray spends about an hour each morning helping to spruce up Bellevue South Park in Kips Bay. The park is situated between First and Second avenues, where many Bellevue and NYU Langone Hospital employees walk through to get to and from work.

"They're working so hard, they see so much misery, to have a clean walkway is just such a mood lightener, instead of seeing all of this garbage around,” said Gray, who cofounded NYC Clean Volunteers along with Sokie Lee.


The two officially formed the group in September, inspired by the work of a woman they saw cleaning Madison Square Park during their morning Tai chi exercise class.

“I said, 'Let's do it together,' so that's how we kind of decided to start as a team, cleaning as a team,” Lee said.

They are doing just that in a half-dozen Manhattan neighborhoods. Armed with tongs, garbage grabbers and bags, the goal is to get litter off of streets and out of parks — and encourage other New Yorkers to do the same.

"If everyone in their neighborhood just watched out and picked up a few pieces of garbage every single day, what a clean city we would have,” said Laura Agasian, a Queens resident who saw a flyer about the group while in the neighborhood for her job as a real estate agent. 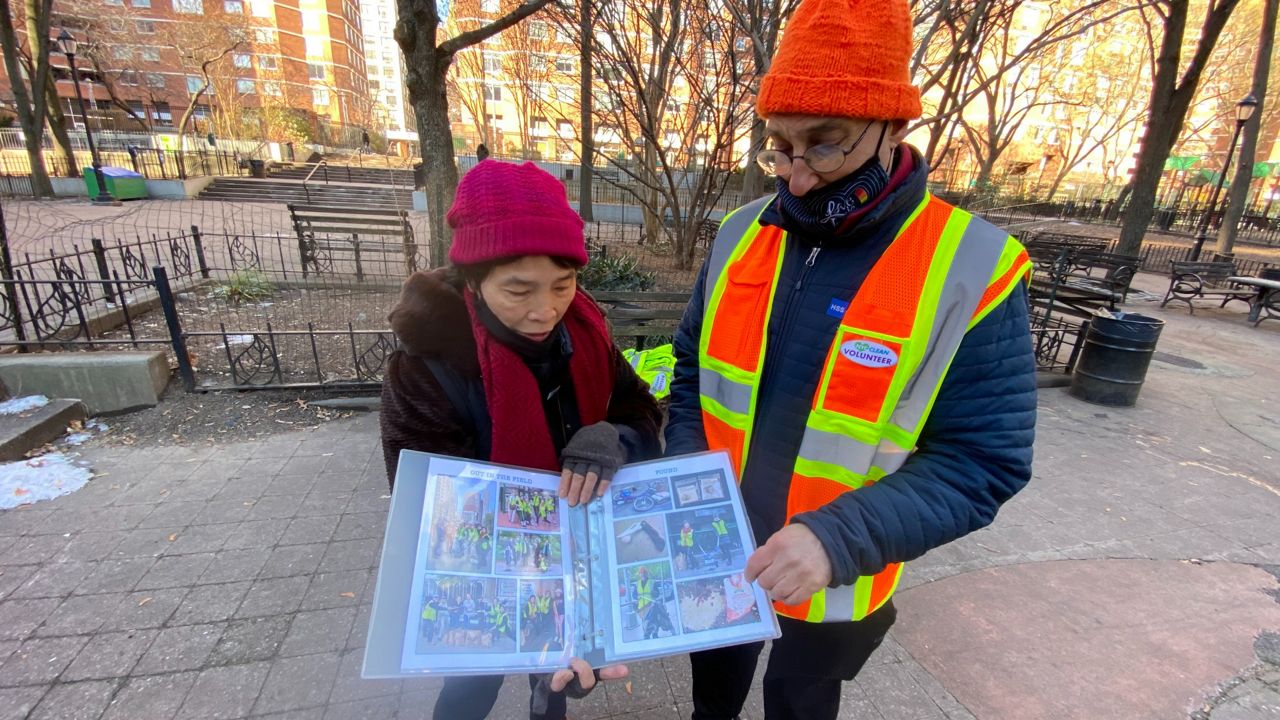 The volunteers said the cleanups are a way to get outdoors, and for Gray and Lee, use some of the Tai chi techniques they practice.

It's not a stretch to say that the volunteers are helping to transform their neighborhoods every time they hit the streets.

"The difference is evident immediately," volunteer Jackie Savage said. "Once we leave a location, that place is cleaner than it was before we came."

"The city can only do so much to help clean it up, and it's good for the crew to be out here for other people to see as well, how neighbors are helping the community,” volunteer Kim Keblish added.

You might say they are helping each other make their piece of the world better, one piece of trash at a time.

To get involved, email Lee at sokie007@gmail.com.