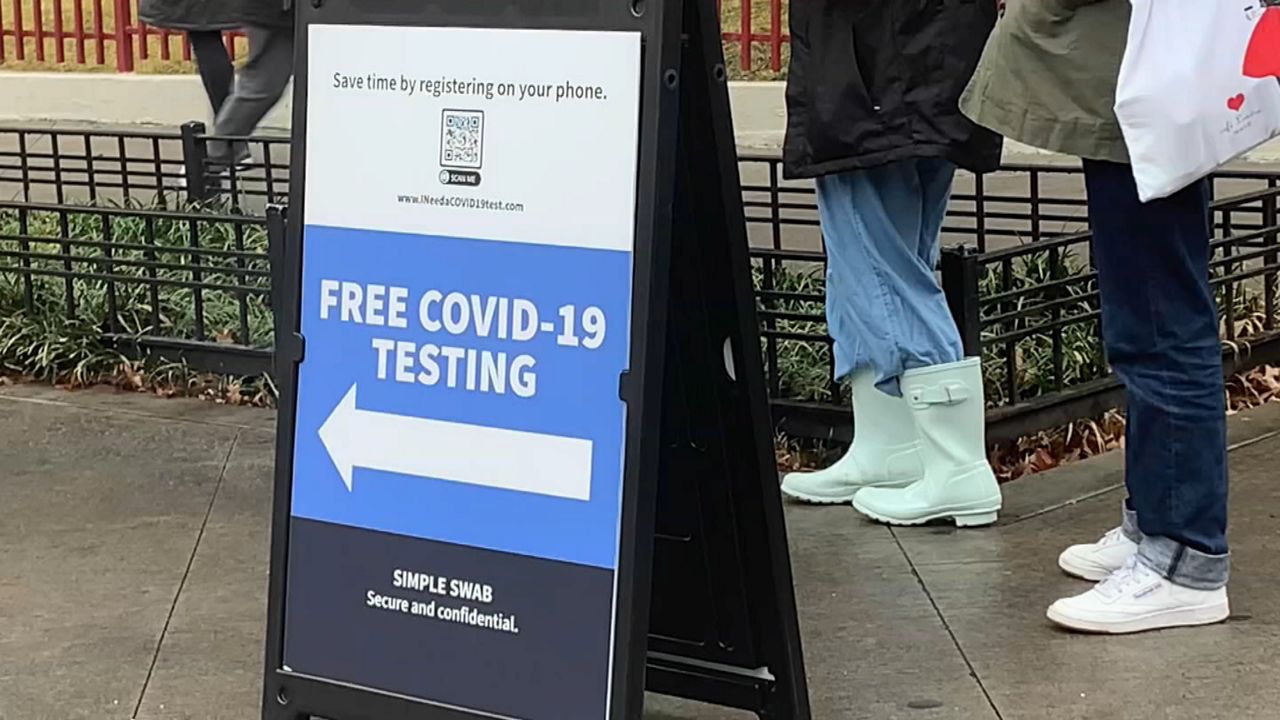 At many schools, the city is testing fewer kids for COVID than you might think

Starting Monday, the city doubled the number of students it is randomly testing for COVID-19 in schools.

But at many schools, it still doesn’t amount to much.

At 60 schools that tested children Monday as part of the city’s surveillance testing program, fewer than 5% of the schools' total student population was tested, a NY1 analysis found.

NY1 scrutinized publicly posted testing data from 250 schools that tested students Monday, across all five boroughs and grade levels, and compared it to public enrollment data from last year, the most recent available.

Olympia Kazi, who serves on the Parent Association at The East Village Community School, had similar findings when testers came there on Wednesday.

The city is not testing 20% of all students. Instead, it is deriving its target testing number for each school from a much more complicated, and smaller, group.

Each week, schools must test a number of students equal to 20% of the school’s unvaccinated population who have also signed consent forms. That’s a subset of a subset of students, and at schools with either low consent rates or high vaccination rates, it leads to the kinds of numbers NY1 found and Kazi saw this week.

At her school, nearly all students have consented to testing.

“My school, thankfully, we have 97% opted in, so it’s great. But we actually have a lot of kids vaccinated: 270 qualified to vaccinate, and 201 have already been fully vaccinated. So that meant they calculate how many kids they’re going to test out of the 69 that are not vaccinated,” she said.

The education department defends its testing.

“New York City doubled in-school testing and deployed 1.5 million rapid test kits when we welcomed students back to the classroom this week. Our surveillance testing program is the largest in the nation — far larger than the CDC or state recommends — and testing remains core to our goal of identifying cases, stopping transmission, and keeping schools safe,” spokesman Nathaniel Styer said.

But Kazi had a request for the DOE.