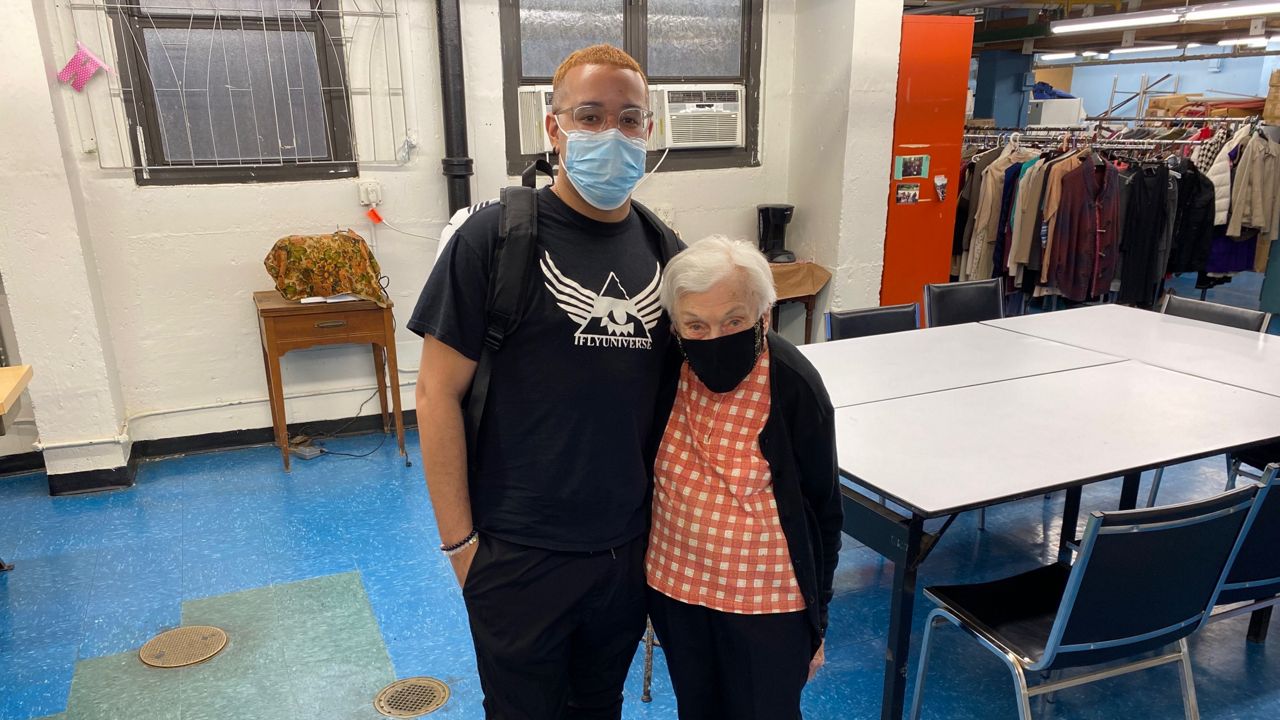 It’s been over a decade since Ruth Taube saw Andres Biel.

“From sitting down, a young fellow over there and telling him, ‘Watch me,’ to now,” Taube said, recalling seeing Biel in the sewing room of Henry Street Settlement’s basement for the first time.

“Yeah, you said just like that with your finger, ‘Come follow me, sit here,’” responded Biel, while walking with Taube to a sewing machine in the workroom.

It was 12 years ago at that very sewing machine that the two met in one of Henry Street Settlement’s home planning workshops. Andres sewed a tote bag for his mom.

“Nobody went without a bag. Once they came in here they had a choice of fabric, style machine — make it any way you like,” said Taube.

She’s been teaching sewing classes there for over 60 years.

“Sewing is my hobby, my sitting down time and relaxin’ and also how I earned my living,” Taube said.

At 98-years-old, she still sews all her own clothing. Taube taught classes at the Henry Street facility until March of 2020 when COVID first hit. It’s a skill she taught herself as a child.

Taube says over the years she’s tutored many. But Beil stood out.

Biel has been on the sewing machine, making clothing ever since.

“The initial passion was there and she saw that, and I guess that’s why she remembered me and she still respects me,” said Biel.

His clothing line, I Fly Universe, features gender neutral streetwear looks in neon. In 2019, he won Harlem Fashion Week’s Emerging Designer Award and is now on his third collection. Biel credits Ruth for cultivating his love for fashion.

“Talking about Ruth makes me really happy. Because of her, this was my outcome and I just want her to know that she was a teacher that made a difference in my life,” revealed Biel.

The young designer has big dreams that include a future collaboration with Ruth and Henry Street. It would be a full circle moment that could help him inspire the next generation of designers.