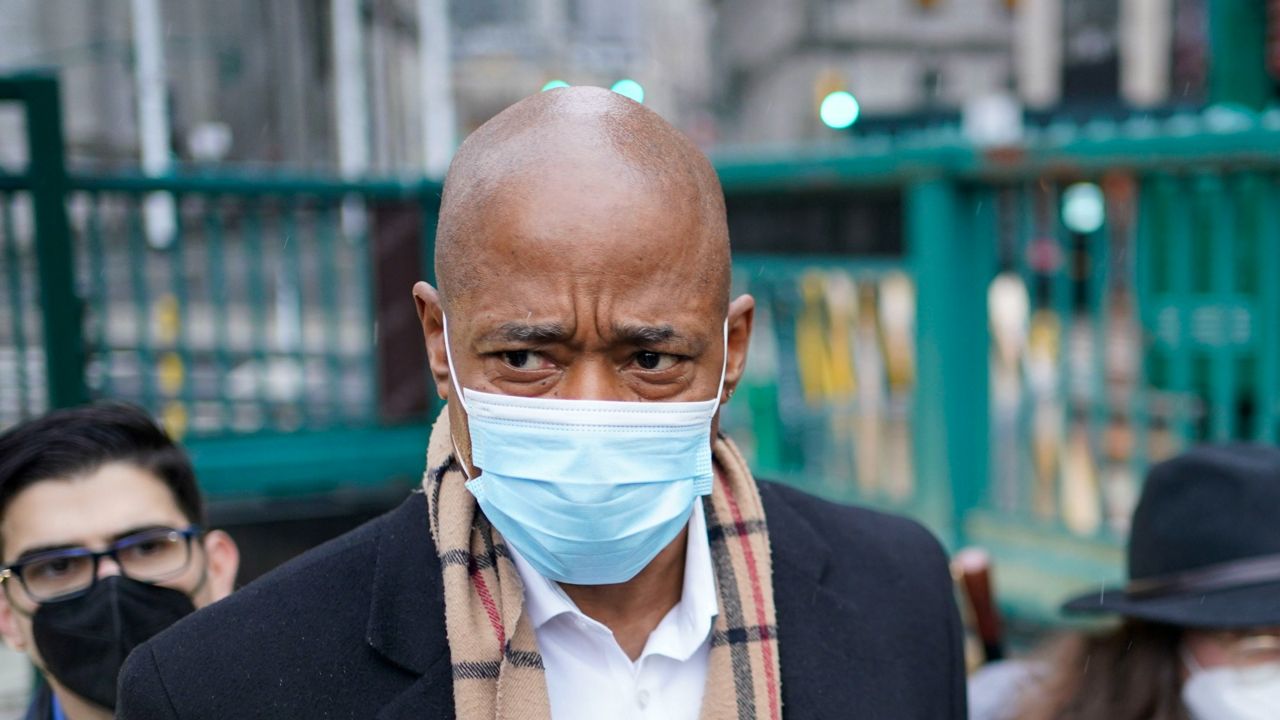 Key to Eric Adams' plan to fight COVID? The ability to adapt

Adaptability has been central to Eric Adams’ life, career and first days as mayor. And it’s the mindset he’s asking New Yorkers to adopt amid the omicron surge.

Adams is urging faith in his fledgling administration’s ability to make changes when and where necessary in response to COVID-19.

Asked these past days for his strategy on school staffing shortages, vaccine booster mandates and the like, he’s answered with some variation of: we’ll make a decision when we need to make a decision.

He said in a Bloomberg TV interview: “We have to figure out, how do we live with COVID? Let’s be smarter, socially distancing, washing our hands, wearing our masks. When it’s needed to do mandates for certain reasons, let’s adjust and do so and then we’ll come back around.”

Earlier in the Bronx, the newly minted 110th mayor drew parallels between the city adapting to survive and his mother doing so.

“We’ve lived a life where we had to figure it out,” he said. “My mother raised six children by herself and she didn’t do it in some process. Every day, she figured out, what am I going to put together?”

The first days of Adams’ mayoralty themselves have required flexibility.

He scrapped his plan to hold an inauguration ceremony at Brooklyn’s King Theatre as COVID-19 caseload numbers spiked and merged his taking of the oath with the Times Square’s new year’s celebration.

His first weekend on the job involved last-minute additions to his public schedule due to the shooting of an NYPD officer and an incoming winter weather event.

On Monday, NY1 asked Adams what the public can anticipate with him at the helm.

“They can expect the unexpected,” he told “Mornings On 1.” “New Yorkers are unexpected.”