Mayor Adams speaks outside NewYork-Presbyterian/Weill Cornell Medical Cente, where an NYPD officer is recovering after being struck in the head by a bullet. (Spectrum News NY1)

MANHATTAN — An NYPD officer is expected to make a full recovery after suffering a bullet wound to the head Saturday morning while sleeping in his vehicle, police said.

The incident happened around 6 A.M. in the parking lot of the 25th Precinct station house in East Harlem.

According to police, the NYPD officer Keith Wagenhauser was resting in his personal car between shifts when he suddenly awoke to find his window shattered, in pain and bleeding from his head. 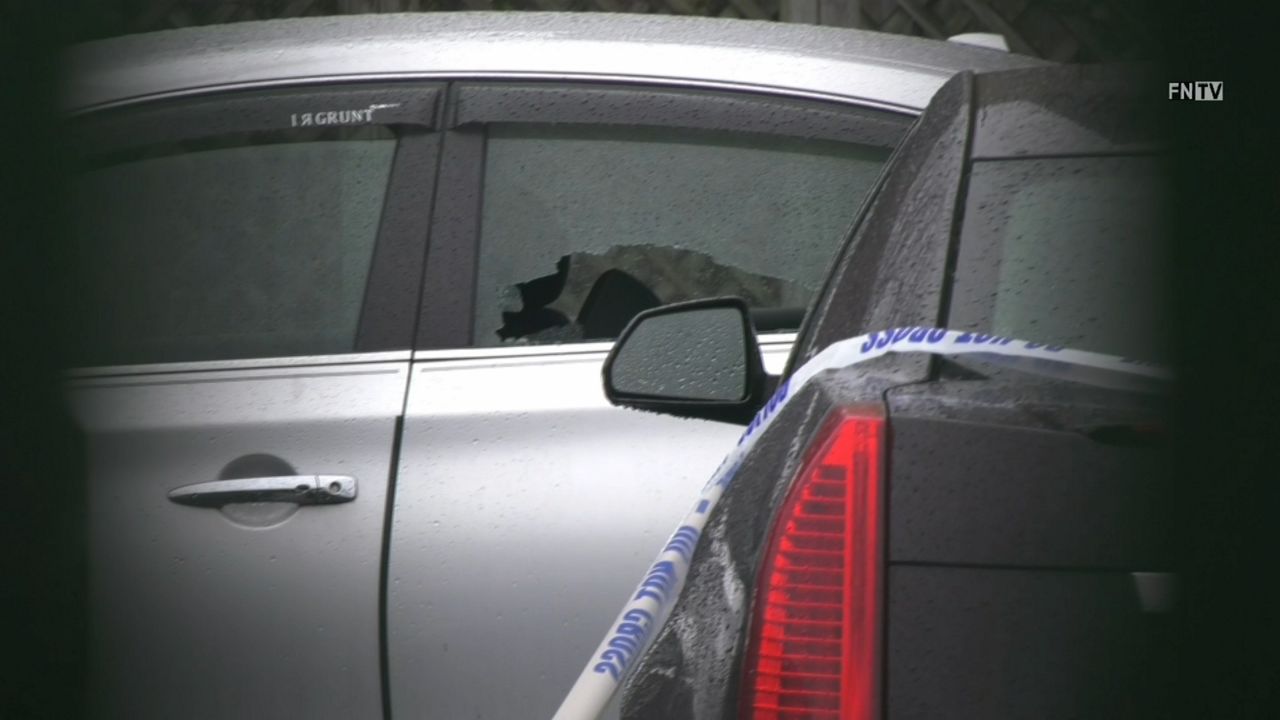 Pictured above is the personal vehicle of the officer where he was struck by a bullet in the head, according to police. (Photo courtesy of FNTV)

Wagenhauser was rushed to NewYork-Presbyterian/Weill Cornell Medical Center, where he underwent surgery and is now in stable condition, police say.

Doctors later determined there were bullet fragments in his wounds.

While the incident is under investigation, Police Commissioner Keechant Sewell, who briefed the public on Saturday alongside Mayor Eric Adams, said it appears the shot was fired from a considerable distance away.

She and Mayor Adams both promised an aggressive response.

“We must not only find the gun, but we must find the person who discharged the weapon, and we must find those who believe they are going to destroy our city with gun and gang violence,” Adams said. “That is not going to happen."

"There are far too many guns out there, in the wrong hands” Police Commissioner Sewell added. “And far too many people willing to fire those weapons. That's something we are going to tackle head on."

Police are offering a $10,000 reward for information leading to an arrest in this incident.