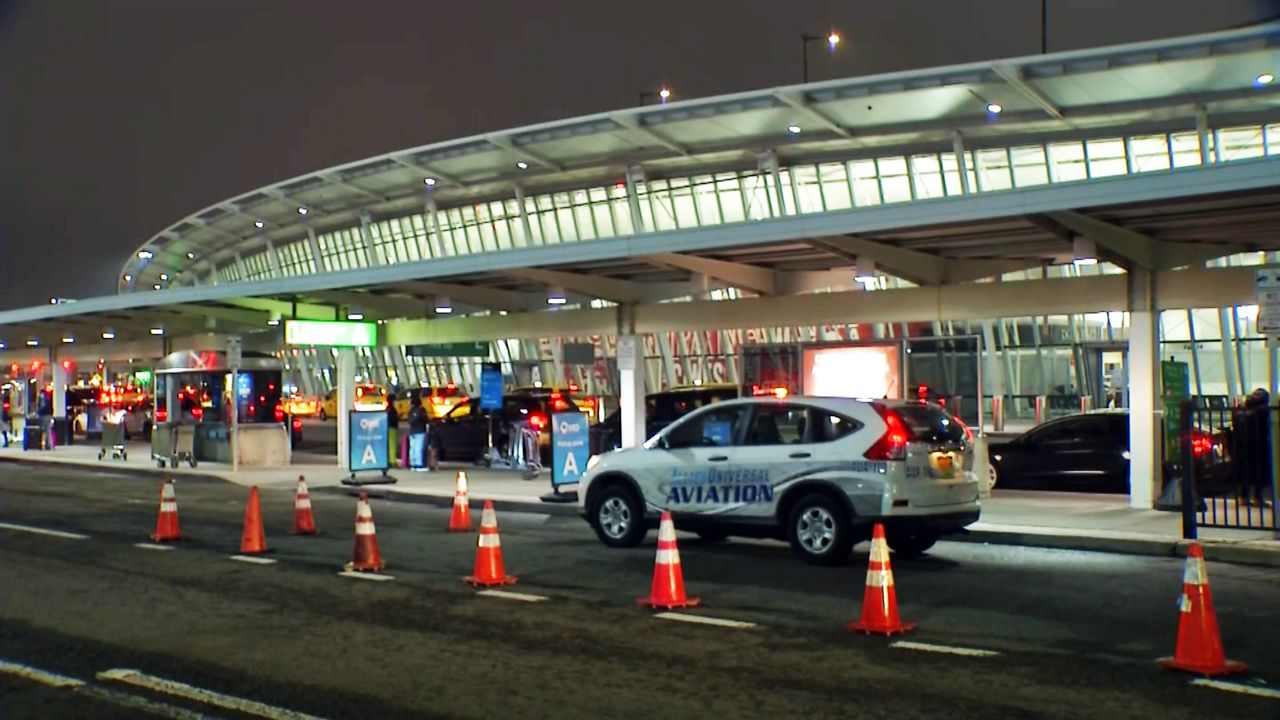 NEW YORK — An airline worker who spoke to NY1 on the condition of anonymity out of fear of repercussions says staffing shortages caused by an uptick in COVID cases in the city are causing dangerous work conditions.

“The staff shortages are forcing them to do crazy things right now,” the airline worker said. He has been working at JFK Airport for six years.

“Crew members coming in sick, waiting for positive or negative results, are forced to come in because we’re not allowed to take off,” he said.

As the country deals with a surge in infection due to the omicron variant, disruptions at the airport are throwing a wrench in many holiday travel plans. The worker we spoke with says he believes that staff call outs have played a large role in staff shortages, and that’s causing long hours for those who aren’t sick.

He says fatigue is dangerous to those like himself, who work directly with the aircraft.

“We’re fatigued. We got a lot of crew members getting hurt,” he said. “We just increase flights instead of taking them away so we get hurt and not getting rest and they throw out incentives to entice us to go to work, so of course we’re gonna come into extra money, but we’re putting ourselves at risk cause we’re overtired.”

We reached out to the Port Authority of New York and New Jersey and they declined to comment, telling NY1 that they can only comment on Port Authority employees. We also reached out to all the major airlines that operate out of JFK for statements. Those that responded said that shortages have impacted flights, causing cancellations across the country and some airlines have hired more employees in response to the ongoing staffing issues due to the pandemic.

“Any little move you’re fatigued,” the airline worker said. “ou’re putting yourself at risk, your coworkers, your putting passengers at risk cause something goes wrong with that aircraft and it’s dangerous.”

New York City airports have reported hundreds of delays and cancellations, number that those traveling will continue to watch as the city battles through this pandemic.