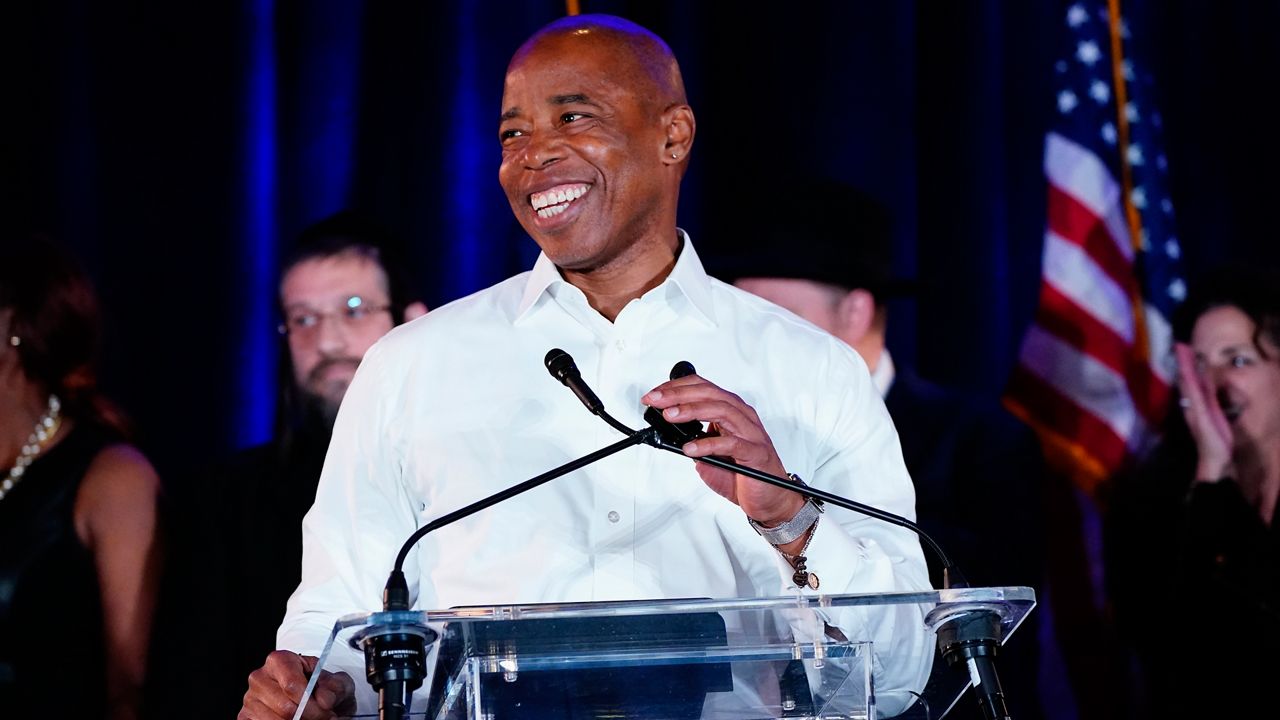 As Brooklyn becomes the center of political power, locals see a hopeful future

Come January 1, Adams will move from his Bedford-Stuyvesant home in Brooklyn to Gracie Mansion on the Upper East Side.

“After years of praying and hoping and struggling and working, we’re headed to City Hall," Mayor-elect Eric Adams said the night he won the general election.

But he’s not the only Brooklyn-based politician with mass appeal. City Councilman Brad Lander, who hails from Park Slope, will assume the role of city comptroller. And East New York-native Jumaane Williams will serve a second term as public advocate. In other words, Brooklyn is in the house.

“It sometimes strikes me," said Williams, "that a kid from Brooklyn with Tourette’s Syndrome with a troublemaking streak, the first generation of Grenadian parentage, could become the public advocate for New York City."

Mayor Bill de Blasio has proudly repped Brooklyn throughout his political career. So, will the city’s most populous borough remain at the forefront of this incoming administration? Brooklynites say they’re hopeful.

“I think that Eric Adams is going to do a great job," said Seana Anderson, who lives in Crown Heights, a neighborhood that voted overwhelmingly for Adams in the Democratic Primary and general election.

Brooklyn residents say they’ve seen the borough undergo a major transformation over the last eight years. Some say the addition of Barclays Center has turned Downtown Brooklyn into a “Little Manhattan.”

“I think ever since that happened, there’s been a bigger spotlight on Brooklyn general," said Flatbush resident Joshua Retemiah. "More people are moving to Brooklyn from the city, from Staten Island. But yeah, I am hoping Brooklyn gets a bigger limelight.”

When asked about the borough’s most pressing issues, many Brooklynites pointed to gentrification, homelessness and crime.

Crown Heights resident Noah Selling says he hopes Adams acts on the promises he made on the campaign trail.

“Adams talks a big game. I’d love to see him step up behind it,” Selling said. “I’ve met him in person, and he talks a big game on screen or in-person, so put up or shut up.”

The mayor-elect has already vowed to make Brooklyn a priority. Back in November, he said he's not going to be the kind of mayor who stays holed up in Gracie Mansion.

“I’m not going to be a mayor that only lives and exists in Manhattan. I’m going to spend a lot of time in the outer boroughs,” Adams said.

Former Brooklyn Borough President Marty Markowitz says he believes Adams will serve all five boroughs, but Brooklyn will always be a priority.

“Of course, you have to love all five children equally, but you always have a special place in your heart for your first born,” Markowitz said.

Markowitz served as borough president from 2002 to 2013. He says he’s looking forward to seeing Adams, Lander and Williams lead the city.

“To me, this is a dream in so many ways seeing the three major citywide office holders be Brooklynites," said Markowitz. "Needless to say, I’m thrilled.”

But they're facing several major hurdles come Inauguration Day, from COVID to crime to housing. Markowitz says Mayor de Blasio has laid solid groundwork for the incoming leadership and all New Yorkers should be optimistic.

“I’m confident that they’ll be good to Brooklyn because it’s good for the city of New York in total,” Markowitz said.