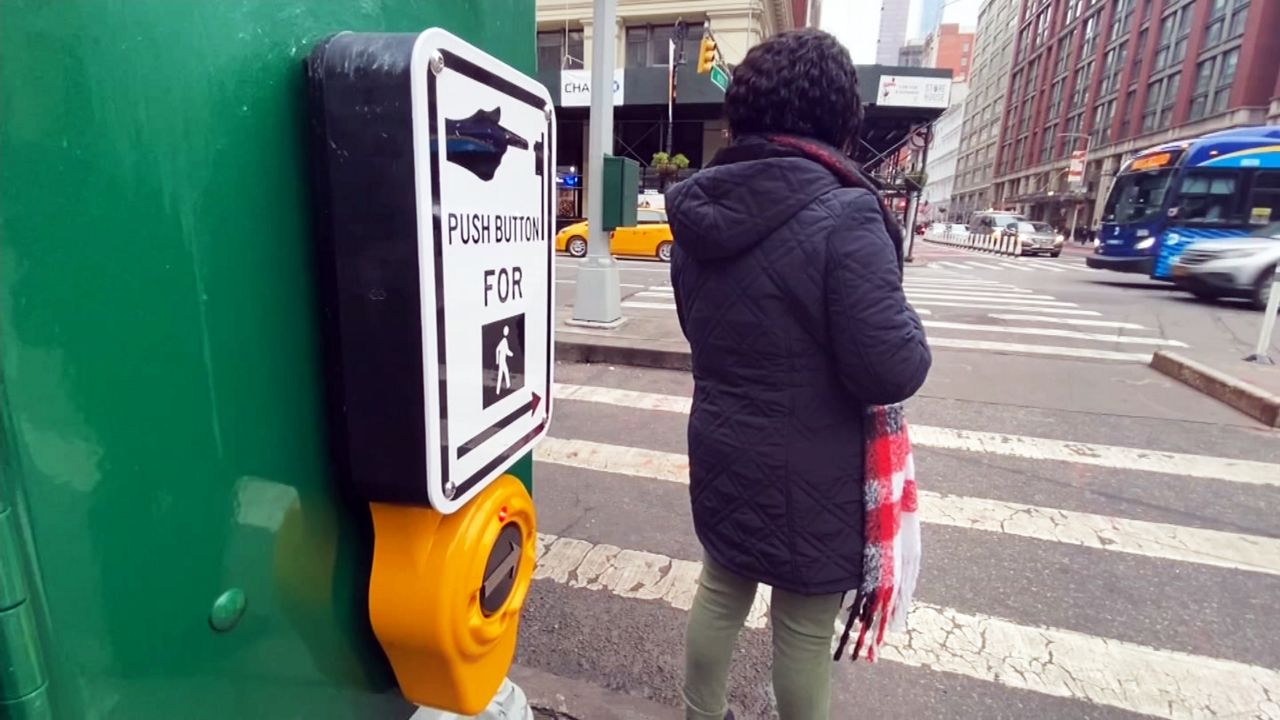 There are pedestrian signals that give audio cues to help blind people, like Al Cutolo, who was born without vision, to cross the street — like the 6th Avenue and 23rd Street intersection near his home.

There are accessible signals to cross 6th Avenue, but not to cross 23rd Street

And few intersections in the city have them.

That could change under a federal judge's ruling this week ordering the city to drastically ramp up installation of accessible pedestrian signals that use sound and vibration.

The judge ordered New York to install them at more than 9,000 intersections over the next 10 years and at every signalized intersection in 15 years.

Lori Scharff, a former president of the American Council of the Blind of New York, which is a plaintiff in the case against the city, said people with visual impairments are forced to rely on traffic noise and the help of fellow pedestrians.

"It's just all guess work," Scharff said. "And this is giving us the certainty that we need.  Now, we're making the right decision independently with the same information sighted people have."

In a statement, a spokesman for the city's law department, Nick Paolucci, said, “We are carefully evaluating the court's plan to further the city's progress in increasing accessibility to people who are blind and visually impaired."

Cutolo, who lives at Selis Manor which houses New Yorkers who are blind or physically disabled, says he can't always rely on strangers.

"With the onset of cellphones and what have you a lot of times people walk right by you," Cutolo said.

The order follows a ruling last year that found that the city failed to fully install audible crosswalk signals at nearly 97% of the city’s 13,200 intersections with pedestrian signals.

Today, there are 929 intersections with accessible signals.

It’s far from enough for Cutolo.

"I would love to see every crosswalk, every intersection have an accessible pedestrian signal so that all of us can travel safely and independently like everyone else without the fear of worrying about being struck by a car, an electric bicycle or scooter," he said.

The judge found that it would cost the city $672 million to comply with the court order to install these accessible signals, just a fraction of the city's $102 billion dollar annual budget.