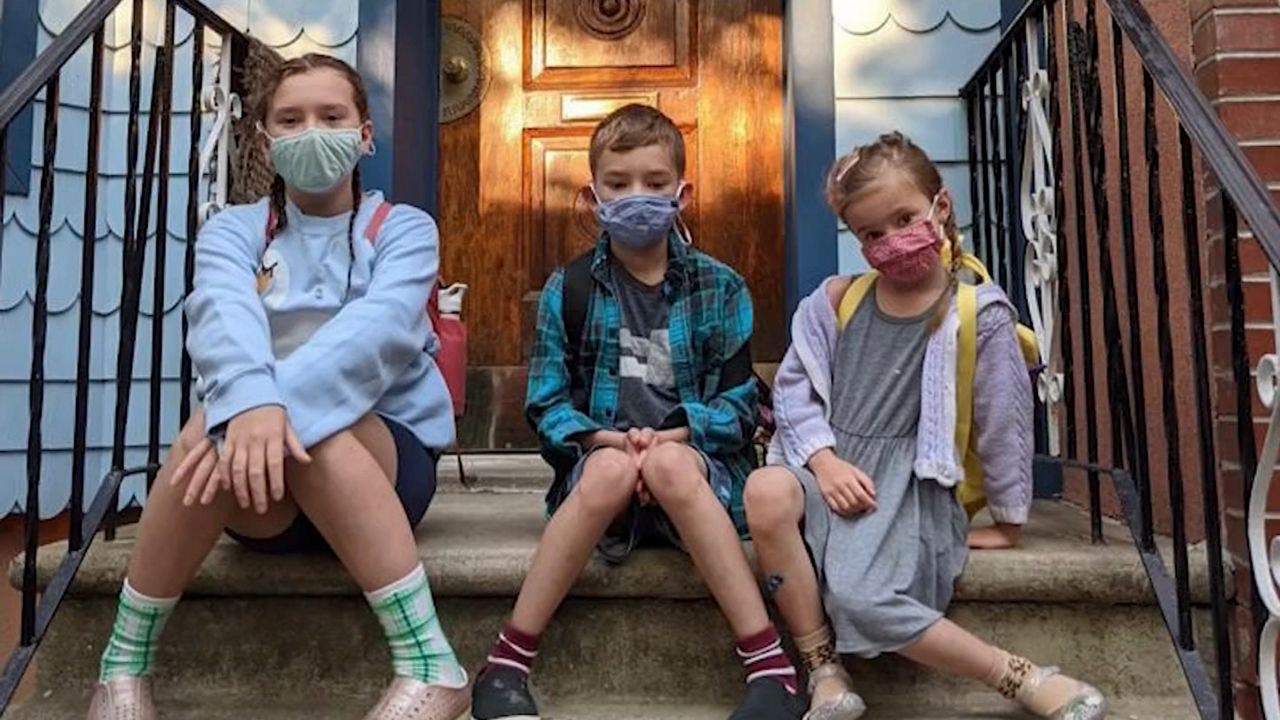 For the second time, all four of Juliet Davis' children, three of which are pictured above, are home sick with COVID. Davis, along with a growing number of concerned parents, are worried city officials aren't doing enough to protect students and staff from COVID. (Photo courtesy of Juliet Davis)

As COVID cases increase, so do parents’ concerns

The rising number of kids hospitalized with COVID-19 has parents, understandably, concerned.

“This is actually our second year being quarantined over Christmas,” said Juliet Davis, a Brooklyn mother of four.

It’s deja vu for Davis and her family. For the second time, all four of her kids are home sick with COVID-19.

She thinks the only place they could have gotten it is at school.

“I don’t even want to blame my school because what are they supposed to do?” Davis said. “They call the situation room, and then no one calls them back or they call them back 10 days later.”

The Department of Education reported another 1,153 positive cases between students and staff Tuesday, bringing the total number of cases for the school year to 27,490.

Her four kids are a prime example: they tested positive at home, not at school.

“They’re only testing whoever consented, which is like 30% of unvaccinated students, that’s really not that many people,” Davis said.

On Tuesday, Mayor Bill de Blasio announced plans to double the amount of testing done in schools every day when students return to class in the new year.

“We’re going to do a big push to get more consent forms, so we can get a bigger and bigger sample of the school,” de Blasio said. “We’re going to include both vaccinated and unvaccinated students.”

Davis wonders if that’s even enough.

“I think some of the reasons our rates stayed so low last year is because we had so many fewer students actually in school buildings,” Davis said. “And our safety measures were much stricter.”

Davis says the 19% positivity rate reported by the city Tuesday — which is based on a seven-day average and includes adults — has her concerned. She added, if her kids didn’t have COVID right now, she wouldn’t send them to school anyway.

“We were supposed to go remote, according to last year’s rules, a week ago,” Davis says, referencing the reported numbers.

As for a possible solution, Davis says it’s hard for her to say.

“I don’t know, I really don’t know, because the hybrid solution didn’t work well either. Maybe just a small pause?”

The situation has left her — and parents across the five boroughs — heading into another year of making one tough decision after another.